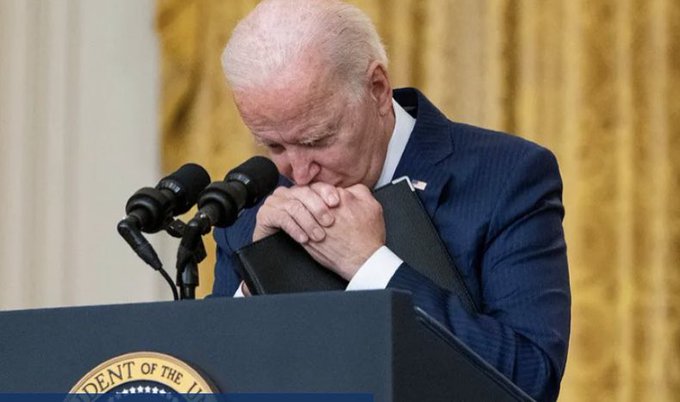 These are not the times for a teleprompter presidency. Going forward America needs a leader, and Joe Biden is not that person. #BidenMustGo pic.twitter.com/lOQeemUyds

Memories of great American accomplishments like the Moon Landing.

And, memories of horrible events like the largest Islamic Terrorist Attack ever on American Soil on September 11, 2001.

Now, to add to those horrible memories, I, like the rest of my fellow Americans, have to live with the knowledge that a President of the United States of America is running away like a scalded dog after 13 of our Brightest and Best were murdered by 2 suicide bombers at Kabul Airport in Afghanistan, trying to save Americans and Afghanis from being executed by the Taliban due to mistakes made by this same arrogant dementia-riddled “Surrenderer-in-Chief”.

I was going to ask “What person in their right mind pulls out their military force from a dangerous country before they do their own government workers, civilian operatives and interpreters?”

However, therein lies the crux of the matter: The President of the United States of America, Joe Biden, is NOT in his right mind.

He is in the throes of dementia, which, along with his advanced years, has left him feeble and weak, and unable to perform the duties of the President of the United States of America.

No President in their right mind would have allowed yesterday’s attack to happen.

Biden’s predecessor, Former President Donald J. Trump, left him in the catbird’s seat. There had been no attacks on our soldiers in Afghanistan in 18 months prior to yesterday.

Trump had literally cowered the leader of the Taliban back into his cave by threatening to unleash Hell on them and their families, if he dared to attack us.

So, what did Biden do?

He got rid of Trump’s deal which kept our people over in Afghanistan safe.

And, when the Taliban had taken over, he sent his CIA Director to have a secret meeting with the leader of the Taliban.

Not only that, but Biden’s people gave the Taliban a list of Americans and Afghanis that they wanted them to “escort” to the Kabul Airport.

After yesterday’s attack, his Handlers made him come out and have a Press Conference late yesterday afternoon, he mumbled something about accepting the blame for what happened…and then he blamed Trump.

In no way was yesterday’s Islamic Terrorist Attack Trump’s fault.

The blood of those 13 dead service members can be found on the hands of President Joe Biden.

The Democrats’ lust for complete and absolute power which led them to change the rules of our Presidential Election, allowing them to cheat to win, has now put the entire Free World in danger.

Elections do indeed have consequences.

And, I am afraid that the consequences for us as a country are just beginning.

I sure could use a mean Tweet right about now.

One thought on “August 26, 2021 Another “Day Which Will Live in Infamy”…And Not Just Because of Our Enemies’ Actions”