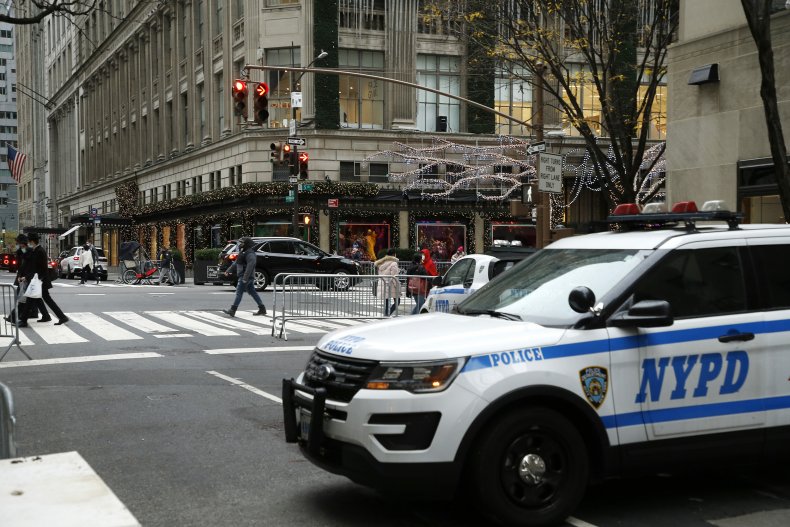 This is Joe Biden's America.

The footage obtained by WNBC-TV shows the victim, 42, being stabbed several times on a sidewalk around 2:30 p.m on Morris Avenue.

As the victim falls to the ground, the attacker appears to keep knifing him near a parked vehicle, according to the footage.

The victim was taken to a hospital for his injuries. His condition was not available.

The stabbing came just two days ahead of the Democratic primary for New York City’s next mayor.

On Monday, Adams said he would visit the unidentified volunteer in the hospital a second time and try to convince him to cooperate with investigators, according to the Post.

Last July, AOC said that the uptick in crime in NYC was due to people being hungry from being unemployed.

The uptick in crime in the Big Apple is not due to hungry citizens.

It is due to the lack of policemen and policewomen patrolling the city due to Mayor di Blasio and AOC’s fellow Democrat’s putting the city in danger for the sake of political expediency.

The local Democrat politicians, including Commie Mayor Bill de Blasio treat the NYPD like THEY are the thugs, defunding and treating them like garbage, and then the Dems have the nerve to act surprised when the city’s crime rate goes through the roof?

Their arrogance knows no bounds.

Without good ol’ fashioned police work and the municipal and New York State system of law and justice functioning without bias and enforcing the law as they are supposed to, , it will not be long before New York City will become the Hellhole seen in “Escape From New York” starring Kirk Russell.

Di Blasio and the rest of the New York Democrats need to learn to respect the men and women of the NYPD.

The Great American Broadcaster, the late Paul Harvey, was the son of a policeman who died in the line of duty. He wrote the following tribute for one of his daily updates…

“What is a policeman?

“A policeman is a composite of what all men are, I guess, a mingling of saint and sinner, dust and deity. What that really means is that they are exceptional, they are unusual. They are not commonplace. Buried under the froth is the fact, the fact is that less than one half of one percent of policeman misfit that uniform, and that is a better average than you’d find among clergymen.

The Democrats are a bunch of ungrateful arrogant fools.