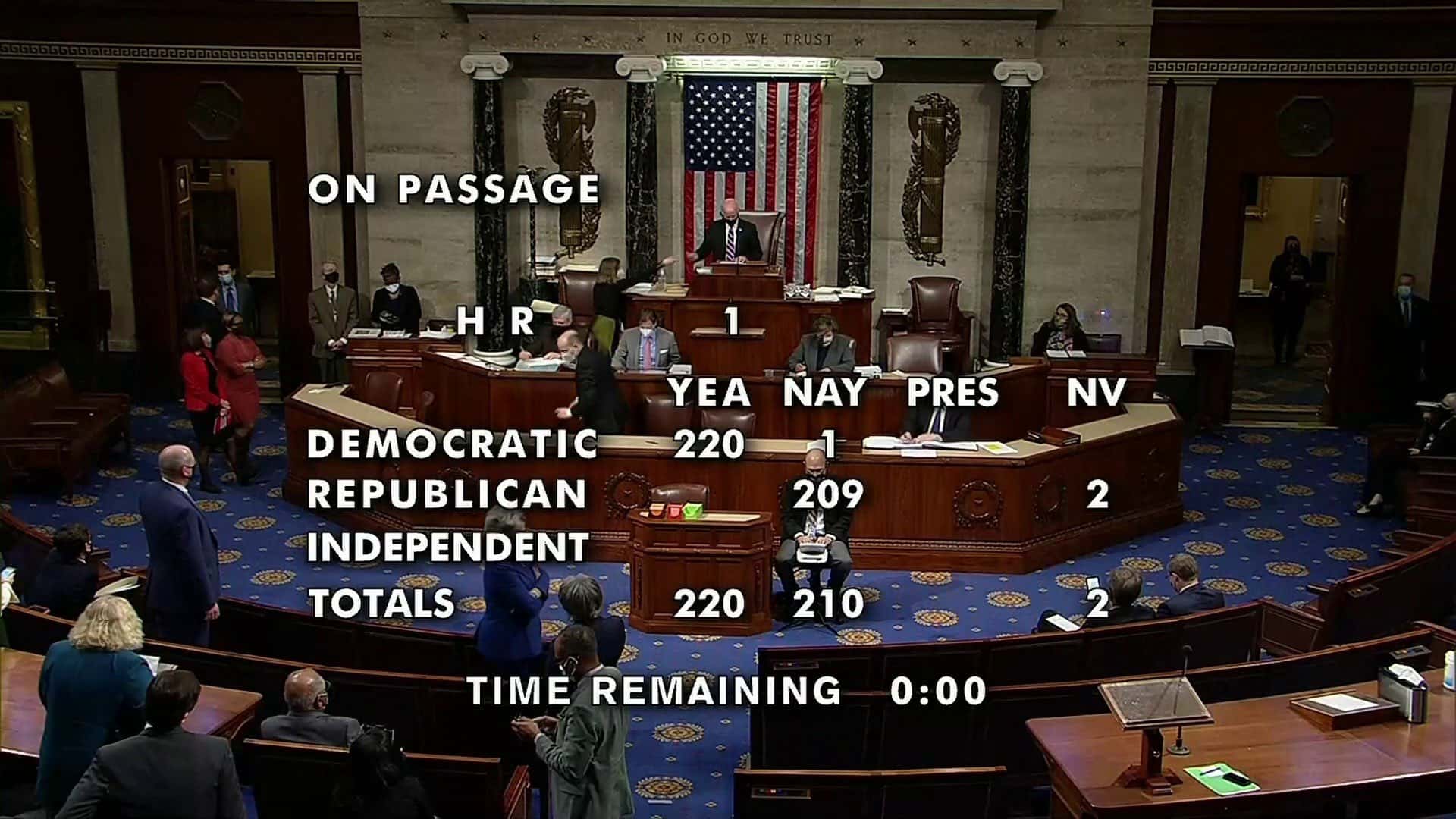 Cruz: I rise today to celebrate a win for the country… pic.twitter.com/hfXCmzwRqb

Senate Republicans Tuesday blocked sweeping legislation on election and campaign finance reforms that Democrats said is crucial to ensuring voting rights and saving democracy but the GOP blasted as a partisan power grab.

The “For the People Act” needed 60 votes to clear a procedural vote in the Senate Tuesday, but Republicans filibustered and killed the legislation from advancing to debate. No Republicans joined with the 50 Democrats on the motion to proceed.

Senate Minority Leader Mitch McConnell, R-Ky., said Republicans won’t stand for Democrats’ attempt to impose new voting standards on states that would “rig” elections in their favor. He called the substance of the nearly 900-page bill “rotten” to its core.

Even GOP moderate Sen. Lisa Murkowski of Alaska said she couldn’t support the “partisan federal takeover of the election system.” In a floor speech, she said she’d back elements of the bill and will co-sponsor the separate John Lewis Voting Rights Act, but can’t back Democrats’ “one-size-fits-all” reforms.

Democrats, with the White House on their side, framed the legislation as an urgent priority to save democracy in the face of GOP efforts in state legislatures around the country to pass “voter suppression laws” in the wake of former President Trump’s 2020 election loss and unsubstantiated claims of widespread voter fraud.

“Democracy is in peril, here, in America,” President Biden’s White House said in a statement Tuesday supporting the bill. “The right to vote – a sacred right in this country – is under assault with an intensity and an aggressiveness we have not seen in a long time.”

Voting rights have been such a concern for the White House that Vice President Kamala Harris presided over the debate on the Senate floor Tuesday evening and announced the failed 50-50 vote. Afterward, she said the White House is committed to ensuring access to the polls. “The fight is not over,” she told reporters at the Capitol.

Senate Majority Leader Chuck Schumer, D-N.Y., accused the GOP of being “afraid” to debate the merits of voting rights because they’d be forced to defend their efforts to disenfranchise voters.

“I want to be clear about what just happened on the Senate floor,” Schumer said immediately following the vote. “Every single Senate Republican just voted against starting debate … on legislation to protect Americans’ voting rights.”

He added: “This vote, I’m ashamed to say, is further evidence that voter suppression has become part of the official platform of the Republican Party.”

The “For the People Act” was numbered H.R. 1 and S.1 in the House and Senate to signify it was the top priority of Democratic leadership. The bill already passed the House with no GOP support.

The voting rights legislation, if enacted, would take aim at big-dollar donors and dark money in politics by requiring additional disclosure of campaign donors and disclaimers on political advertising. Presidential candidates would also be required to release their tax returns.

It would set up a new 6-1 public matching financing system for congressional elections to encourage more grassroots donations and require states to adopt independent redistricting commissions to prevent partisan gerrymandering.

And the legislation would set basic standards for states to run elections, such as mandating at least 15 days of early voting, setting up automatic voter registration, and permitting the use of student IDs or sworn written statements in states that have voter identification requirements.

While all 50 Democrats were united in moving to debate the bill, with Sen. Joe Manchin, D-W.Va., striking a last-minute deal with Schumer, Democrats are deeply divided on what to do next.

A top Democratic political adviser criticized his own party for wasting time on the S.1 legislation that won’t pass. Dmitri Mehlhorn, a key confidant to Democratic funder Reid Hoffman, argued the legislative push was setting the party up for failure and “dragging me and my country off a cliff,” according to a report in POLITICO.

Progressives are demanding that Senate Democrats get rid of the legislative filibuster so they can pass the sweeping election reforms, D.C. statehood bill, gun control and police reform bills without any GOP support. But Manchin and Arizona Sen. Kyrsten Sinema have doubled down on their opposition to eliminating the filibuster, meaning any pathway forward on voting reforms would need GOP support.

The Democrats overplayed their hand.

Lost in their arrogant euphoria over the rigged results of the 2020 Presidential Election and their gains in Congress, they believed that they could do anything…including passing a bill into law which would ensure that they remained in power in Washington forever.

The Democrats truly believe that, like all of the other Marxists who were determined to “radically change” the government of their country and succeeded, that they will be successful, too.

There is a very important roadblock standing between the Democrats and their quest for “Radical Change”.

The difference between, say, a country like Venezuela, which was once a beautiful capitalist nation, and the United States of America, is the System of Checks and Balances which our Founding Fathers, in their brilliance, put into place to prevent wannabe tyrants, such as the Far Left Democrat Elite, from turning our Constitutional Republic into something that it was never meant to be.

That is not to say that the Democrats will not keep trying to change our Republic into a “Democratic Socialist” (i.e., MARXIST) country.

However, they will find it much harder to do thanks to the precious document that is the United States Constitution.

Thanks to that document, the power of this great nation does not reside in the Washington, D.C, Beltway, the Northeast Municipalities, or the West Coast.

America’s power is equally shared by its citizens in every state in the union.

Everybody who is a citizen of the United States of America, that is.

The Democrats tried to cheat their way around that fact.

That is why they are so feverishly attempting to stop the 2020 Presidential Election Audits which are springing up, starting with Arizona.

If there was nothing to hide, why would they care is a state audited their votes which were counted in the 2020 Presidential Election?

When it all comes down to what Americans are watching transpire, these same political shenanigans have occurred whenever Marxists attempt to take over a Sovereign Nation’s sitting government.

The biggest problem that these Marxists who are calling themselves Democrats face in keeping them from succeeding with their mission of “radical change” is the fact that that there are more Patriotic Americans than there are “Useful Idiots”.