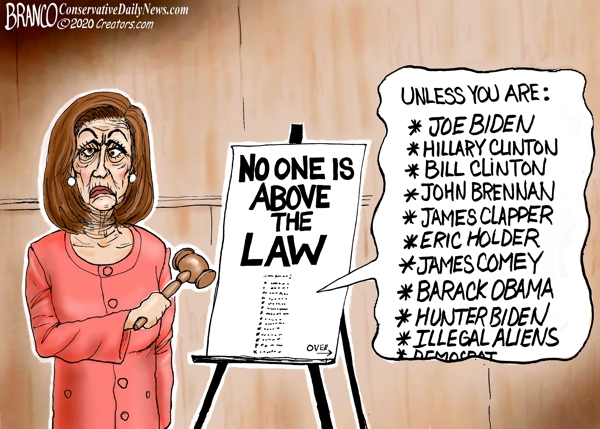 President Trump’s legal team on Saturday issued a full-throttle defense to the articles of impeachment, refuting the substance and process of the charges while accusing House Democrats of engaging in a “dangerous attack” on the right of the American people to freely choose their president.

“This is a brazen and unlawful attempt to overturn the results of the 2016 election and interfere with the 2020 election — now just months away,” the legal filing said. “The highly partisan and reckless obsession with impeaching the president began the day he was inaugurated and continues to this day.”

“The articles of impeachment are constitutionally invalid on their face,” the seven-page filing continued.

The legal paperwork is the first formal response to the two articles of impeachment read in the Senate on Thursday for abuse of power and obstruction of Congress.

Trump’s lawyers argued that the articles of impeachment “violate the Constitution” and are “defective in their entirety” because they were the product of invalid House proceedings that “flagrantly denied the President any due process rights.”

At the crux of Trump’s defense is that he did nothing wrong in his July 25 phone call with the president of Ukraine when he asked for investigations into Democrats. The White House argues that military aid to Ukraine was ultimately released without any announcement of investigations into former Vice President Joe Biden and his son, Hunter Biden.

“In order to preserve our constitutional structure of government, to reject the poisonous partisanship that the Framers warned against, to ensure one-party political impeachment vendettas do not become the ‘new normal,’ and to vindicate the will of the American people, the Senate must reject both Articles of Impeachment,” Trump’s legal team wrote. “In the end, this entire process is nothing more than a dangerous attack on the American people themselves and their fundamental right to vote.”

I can remember that night as if it was last night.

Every single news outlet had told us that Hillary Clinton was going to be our next President.

And, then it happened…

After average Americans started getting off work, Trump started winning the Electoral Vote in states where he was not supposed to have a chance.

And, when all the votes were counted, he took the Electoral College Vote handily and became the 45th President of the United States of America.

And, that night, in the midst of their shock, grief, and desperation, the Democratic Elite began their planning for the impeachment of President Donald J. Trump.

While their “Wokesheviks” staged protests, the Democrats came forward with claims that President Trump had “colluded” with the Russians in order to steal the Presidency from “Saint Hillary”.

A Special Prosecutor was named and after Democratic Donors were selected as his Investigative Team, Witch Hunt #1 began

Some two and one-half years later, that same Special Prosecutor, after ruling that there was no collusion by President Trump and his staff with the Russians, appeared before Congress to answer their questions.

He turned out to be nothing but a doddering old man.

Dejected, depressed, and still in the midst of a temper tantrum, the Democratic Elite searched for some other way to overturn the vote of the American people.

Then, they decided to attempt something they had recently tried in the Confirmation Hearings of Supreme Court Justice Nominee Brett Kavanaugh.

They lined up a bunch of professional bureaucrats serving in the Ukraine to claim that President Trump attempted to leverage aid to Ukraine in return for information about Joe and Hunter Biden’s scam involving Burisma Holdings.

Finally, in order to dupe low information voters into thinking that they were being fair, the Democrats brought back some of their witnesses for Public Hearings, during which the Republican members of the Intelligence Committee could ask questions but Chairman Schiff would determine which ones that he would let them answer.

The Republicans were not able to call their own witnesses nor was the President allowed to be represented.

What the Democrats did not count on was the fact that most Americans saw right through their actions and were not impressed.

Just like a child throwing a temper tantrum, the Far Left Democrats have been determined to impeach Trump since Election Night 2016, even though their House “Impeachment Inquiry” Hearings made it very clear by their own witnesses that he has done nothing impeachable.

When our Founding Fathers wrote our Constitution, they wrote it for ALL Americans.

They envisioned it as the glue which would hold together our Republic,

They came up with the process of Impeachment as a way to protect the nation from evil men who might usurp the power of the Executive Branch to commit “High Crimes and Misdemeanors”.

They did not place the process of Impeachment within our Constitution to be used as a Political Tool by one political party as a weapon of vengeance following a lost Presidential Election through which to nullify the Electoral Vote via usurping the power of a House Majority in order to overrule the right of Americans to choose our President.

It is imperative to securing our future as a free and Sovereign Republic that this Sham Impeachment is either dismissed as unconstitutional or that President Trump is acquitted of these unimpeachable charges made up by the House Democrats.

Average Americans will not tolerate anything else.