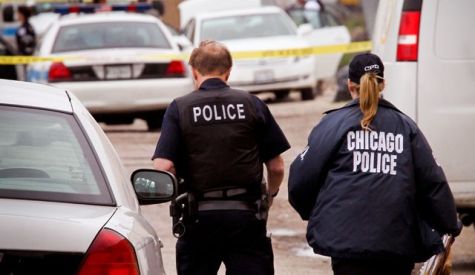 You won’t get gun control by disarming law-abiding citizens. There’s only one way to get real gun control: Disarm the thugs and the criminals, lock them up and if you don’t actually throw away the key, at least lose it for a long time… It’s a nasty truth, but those who seek to inflict harm are not fazed by gun controllers. I happen to know this from personal experience. – Ronald Reagan

The city of Chicago recorded 762 homicides in 2016 — an average of two murders per day, the most killings in the city for two decades and more than New York and Los Angeles combined.

The nation’s third largest city also saw 1,100 more shooting incidents than it did in 2015, according to statistics released by the Chicago Police Department that underlined a story of bloodshed that has put Chicago at the center of a national dialogue about gun violence.

The numbers released Sunday are staggering, even for those following the steady news accounts of weekends ending with dozens of shootings and monthly death tolls that hadn’t been seen in years. The increase in 2016 homicides compared to 2015, when 485 were reported, is the largest spike in 60 years.

Police and city officials have lamented the flood of illegal guns into the city, and the crime statistics appeared to support their claims: Police recovered 8,300 illegal guns in 2015, a 20 percent from the previous year.

Chicago Police Superintendent Eddie Johnson said during a news conference Sunday that Chicago is among many U.S. cities that have seek a spike in violence, including in attacks on police. He said anger at police, including in the wake of video released that showed a white Chicago officer shooting a black teenager 16 times, has left criminals “emboldened” to violent crimes.

He also said it’s becoming clearer to criminals that they have little to fear from the criminal justice system.

“In Chicago, we just don’t have a deterrent to pick up a gun,” he said. “Any time a guy stealing a loaf of bread spends more time pre-trial in jail than a gun offender, something is wrong.”

The bulk of the deaths and shooting incidents, which jumped from 2,426 in 2015 to 3,550 last year, occurred in only five neighborhoods on the city’s South and West sides, all poor and predominantly black areas where gangs are most active. Police said the shootings in those areas generally wasn’t random, with more than 80 percent of the victims having previously been identified by police as more susceptible because of their gang ties or past arrests.

The city has scrambled to address the violence. Mayor Rahm Emanuel announced last year that 1,000 officers would be added to the police department. At the same time, police officials have been trying to figure out why homicides and shootings — which began climbing the year before — suddenly surged.

Johnson has said several factors contributed to the increased violence. He noted 2016 was the first full year since the city was forced in November 2015 to release video of the fatal police shooting of 17-year-old Laquan McDonald, who was black and shot 16 times by a white police officer. The video cost former Police Superintendent Garry McCarthy his job, sparked major protests around the city, and led to federal and state investigations of the department.

It also left Johnson with the task of trying to restore public trust in what appeared to be a weakened police force, a perception that was only buttressed by a dramatic drop in the number of arrests in 2016.

While the police department has cited several factors for the declining numbers, including a concerted effort not to make minor drug arrests and focus on gun violence, Johnson acknowledged in a recent interview with The Associated Press that officers have become more cautious — in part out of fear of becoming the next “viral video.”

That, he said, has “emboldened” criminals.

“Criminals watch TV, pay attention to the media,” he said. “They see an opportunity to commit nefarious activity.”

Meanwhile, in my hometown, the Former “City of Good Abode”…

The year began with the shooting death of 49-year-old Patrick Couch, who was killed in the driveway of a home on South Fourth Street just before 3 p.m. on New Year’s Day 2016. That was one of 10 murders in the first 13 days of the year, establishing the record-setting pace that just never let up.

The year ended with the shooting death of an unidentified man just before 11 a.m. Saturday at Saxon and Cummings in South Memphis. No arrests have been made, police said.

Memphis Police Director Michael Rallings was unavailable for comment Sunday, MPD spokesman Karen Rudolph said. Messages left for Mayor Jim Strickland were not returned. Strickland campaigned for mayor on the promise of crime reduction, but the city’s escalating homicide total has made that promise difficult to achieve.

“Our homicide rate has taken this tragic, shameful spike. It is the crime that the police are least able to control. It is on all of us, in our homes, our neighborhoods, and our churches, to do better,” Strickland said in a recent statement.

Throughout his Presidency, Barack Hussein Obama has issued Executive Orders aimed at limited the Second Amendment Rights of Americans Citizens, in an effort to “curb gun violence”

An Executive Order, sometimes known as a proclamation, is a directive handed down directly from the President of the United States without input from the legislative or judicial branches. Executive orders can only be given to federal or state agencies, not to citizens, even though we wind up bearing the brunt of them.

Executive Orders go all the way back to our first president, George Washington. Presidents have used them to lead the nation through times of war, to respond to natural disasters and economic crises, to encourage or to limit regulation by federal agencies, to promote civil rights, or in the case of President Franklin Delano Roosevelt, to set up Japanese internment camps, in order to revoke Civil Rights.

The problem with Obama’s issuing Executive orders to “curb gun violence” is clearly demonstrated in the above article about the escalation of homicides in Chicago in 2016.

Chicago has some of the strictest gun laws in the country.

And yet, people are still shooting one another.

Which proves the old saying,

If you outlaw guns, only outlaws will have guns.

Have you ever watched a mother, when their toddler bumps their head on a table, attempt to distract their child, by pretending to spank the table, while saying, “Bad Table”?

That, in a nutshell, is what President Barack Hussein Obama has attempted to do by writing Executive Orders, in an attempt to limit the Constitutional Right of American Citizens to own guns.

By creating new restrictions, instead of enforcing gun laws which are already in place, Obama is shifting the blame from those who operate outside of the law to America and her citizens.

Obama is attempting to control law-abiding American Citizens, instead of punishing those who operate outside of our laws, such as the thugs who have turned Obama’s “hometown” of Chicago and my hometown of Memphis into their own personal “Killing Fields”.

If President Barack Hussein Obama had his way, we would live in a country comprised of restrictive gun laws, which would be modeled after those in Europe. And, as past  events have plainly shown, those restrictive gun laws have allowed Islamic Terrorists to kill innocent people unchallenged, because none of those innocent people were allowed to carry a weapon with which to defend themselves.

Like Dr. Franklin and the rest of those who have fought for our freedom, average Americans realize what the president does not.

The problem in cities like Chicago and Memphis is not that there are not enough gun laws. The problem is the gun laws on the books are not properly enforced.

The dissolution of the Black Family Unit and the revolving door state of our Municipal Justice Systems have a lot to do with the rise of homicides in those Metropolitan areas, as well.

One thought on “Chicago and Memphis Set New Homicide Records in 2016. What’s the Answer?”