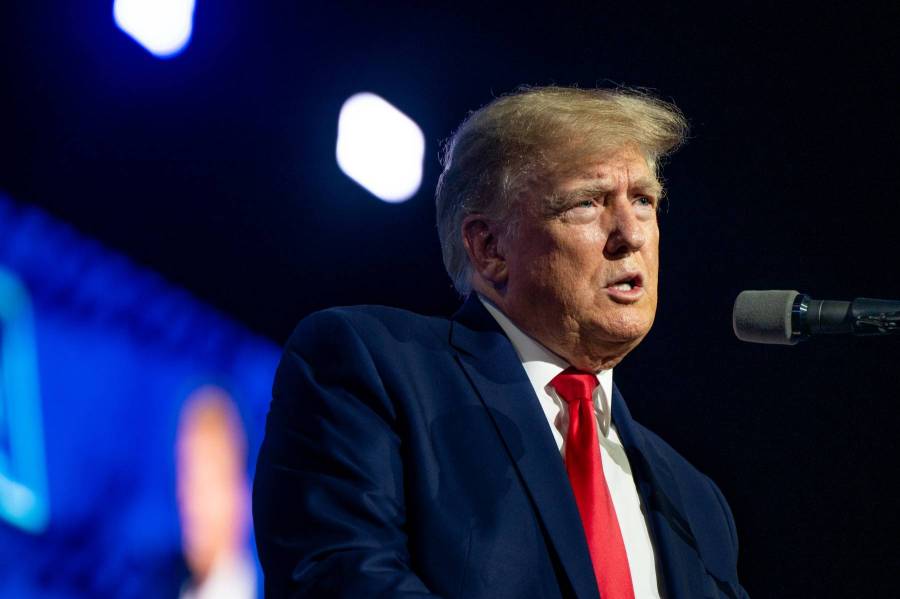 …as opposed to the current Resident in the White House.

”We need to drastically change our approach to mental health,” Trump told the crowd.

”There are always so many warning signs; almost all of these disfigured minds share the same profile. When people see something, whether on social media or in school, they need to say something.

”Teachers, parents, school officials and community members need to be recognizing and addressing these alarm bells promptly very, very aggressively and our school discipline systems, instead of making excuses and continually turning a blind eye, need to confront bad behavior head on and quickly and clearly we need to make it far easier to confine the violent and mentally deranged into mental institutions.”

Trump also called for common ground among lawmakers and slammed the ”familiar parade of cynical politicians seeking to exploit the tears of sobbing families to increase their own power and take away our constitutional rights.”

”Even more repulsive is their rush to shift blame away from the villains who commit acts of mass violence and to place that blame onto the shoulders of millions of peaceful law-abiding citizens who belong to organizations such as our wonderful NRA,” he said.

”When Joe Biden blamed the gun lobby, he was talking about Americans like you. And, along with countless other Democrats this week, he was shamefully suggesting that Republicans are somehow OK with letting school shootings happening. They’re not OK with it.

”This rhetoric is highly divisive and dangerous and, most importantly, it’s wrong and has no place in our politics.””(Courtesy NewsMax.com)

Today’s Democrats do not care about our Constitutional Rights, all they care about is absolute power.

That is why a man like Former President Trump is such a threat to them.

While they speak down to us, Trump speaks to us

While they speak in platitudes filled with theories and promises designed to perk up the ears of millennials and the Far Left, Trump gets straight to the point and speaks to average Americans like their next door neighbor would.

Per usual, he was spot-on in his assessment of the Democrats’ attempt to use the slaughter of innocent children to try to take away our Constitutional Right to bear arms.

The Democrats are digging themselves a political hole that they are not going to be able to dig themselves out of…ever.

Americans are recognizing them for what they are.

And, November is not that far off.