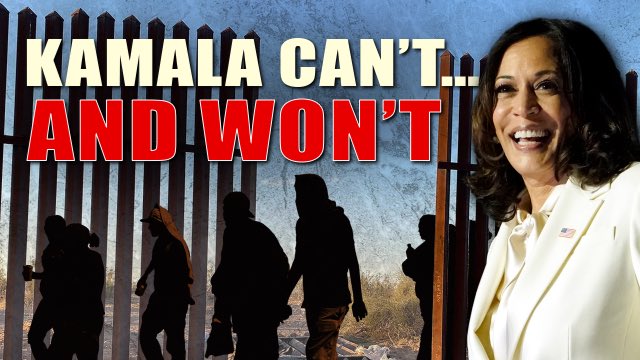 This is really… something. https://t.co/HQbt5s9z7K

Vice President Kamala Harris was the recipient of sharp criticism Friday following her border press conference in El Paso, Texas, in which she blamed the Trump administration for the migrant crisis taking place there.

While answering questions from reporters, Harris proceeded to list various border policies implemented in El Paso by the Trump administration, claimed they had “disastrous effects,” and praised the Biden administration for work she claimed alleviated the crisis.

Harris also seemed to blame the Trump administration for the crisis earlier in the day, when she said in a separate press conference that the administration had inherited a tough situation, but that they had made progress in the last five months.

Following the press conference, one critic was quick to correct Harris, pointing out that the crisis had actually gotten worse under Biden, seemingly referencing the rollback of Trump administration border rules, which led to historic increases in the number of migrants attempting to make the dangerous journey to cross the border.

Another pointed out that White House press secretary Jen Psaki also said Harris chose El Paso as the location for her visit, rather than where than another border location where the crisis is worse, because it was where the Trump administration implemented the policies mentioned at the press conference. They added that the decision showed they had no interest in solving the crisis, but instead wanted to focus on reversing Trump administration policies.

Harris’ trip to the border was her first since being appointed as the point person for the administration in handling the crisis. It took 93 days from her appointment before she made the visit.

There is a reason why Vice-President Kamala Harris visited El Paso instead of the epicenter of the Biden Border Crisis.

He realizes that President Trump  is very knowledgeable about the situation at our Southern Border and knows how to stop it.

That is why they are going down there together next week.

More governors need to reach out to President Trump for his help with their issues.

He is an excellent resource to have available.