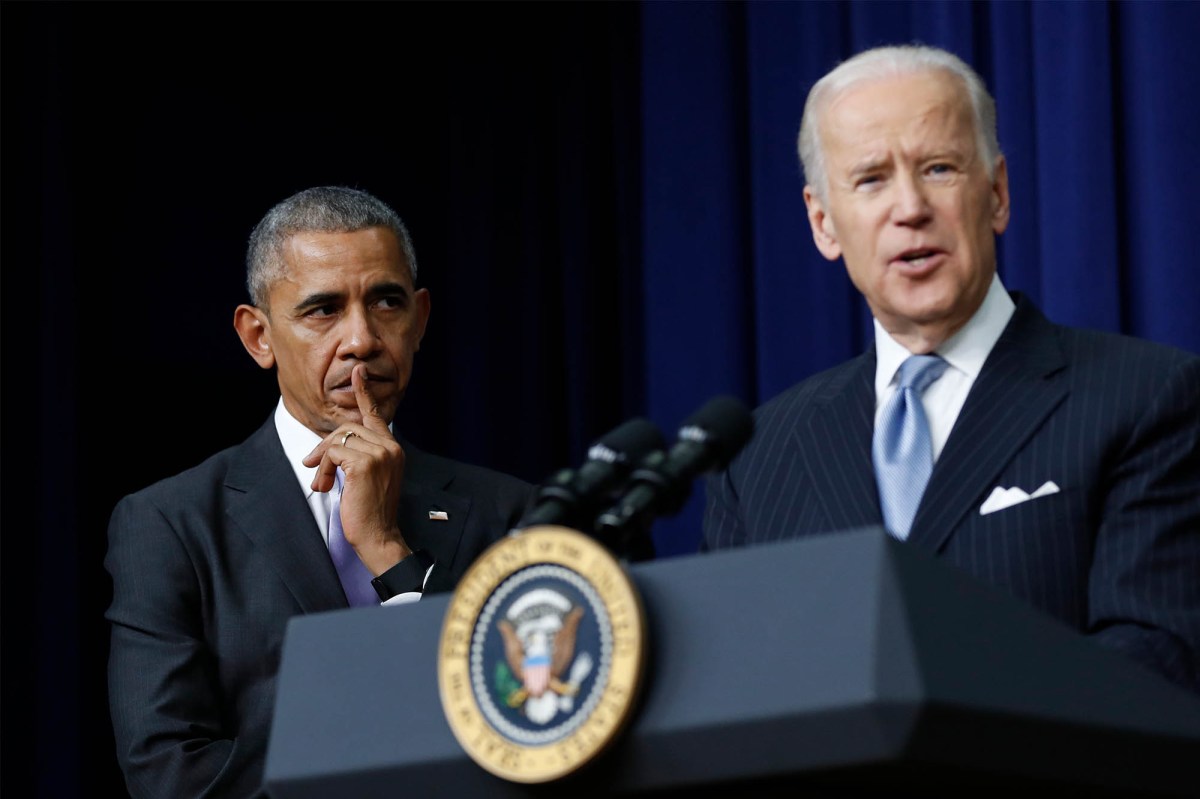 Obama is not the messiah any longer. He is now your standard, ordinary, everyday politician who lies, who breaks promises, who’s in it for himself, who can’t do anything on his own. He’s not qualified. All of this is becoming known, sadly, too late. – Rush Limbaugh

A “parasite” on the Democratic Party is how journalist Edward Isaac Dovere describes former President Obama in his forthcoming tell-all book “Battle for the Soul: Inside the Democrats’ Campaign to Defeat Trump.”

In a chapter entitled “Benign Neglect,” Dovere writes that the section’s namesake is how Obama aides privately described his abandonment of the Democratic Party once in the White House. “‘Negligence’ might be more accurate,” Dovere, writer for The Atlantic and former chief Washington correspondent for Politico, writes.

“The numbers are hard to ignore: during his eight years in office, Obama oversaw a net loss of 947 state legislative seats, 63 House seats, 11 senators, and 13 governors,” he continues.

Dovere writes that the 44th president carried himself with a “self-assured self-regard.”

“Obama never built a Democratic bench and never cared to, aside from a few scattered candidates who interested him,” according to the book.

Dovere writes that “defenders” of Obama have argued he didn’t want to “taint” his presidency by ” mucking about in fundraising,” or that he didn’t want to spoil the image voters had of him as an independent politician, or that faced with the choice to campaign or govern, he would always choose govern.

Dovere writes that during his first term, Obama used the party structure as a “host” for his next campaign.

In 2009, Obama hired his friend Tim Kaine to head the DNC, even though Kaine was also serving as governor for the first year on the job.

In a scathing passage Dovere claims Kaine was at the time “commuting two days a week to oversee the pilfering of talent, money, resources, and purpose for the Obama reelection effort that was already under way.”

“In his second term, he cared about what happened to the husk as much as any parasite does,” Dovere says.

Dovere pointed to the Obama team’s decision to strike a deal with the Democratic National Committee (DNC) that saddled the committee with $2.4 million in leftover debt from Obama’s 2012 election. In return, “Obama for America” gave the DNC its email list, and Obama was supposed to headline additional fundraisers.

“‘In hindsight it’s hard not to see delusion in the self-assurance and the celebration and the sense of moving forward of those two weeks in America,” Dovere writes.

Obama also reportedly said in the summer of 2020 that when he had left office, America had more prepared for a pandemic than any nation on earth, but had since fallen far behind.

The former president reportedly believes he could have won had he run for another term.

“Ultimately Obama’s math comes down to a simple calculation: he has suggested in conversations with people close to him that he thinks he would have won had he been able to be a candidate in 2016. The economy, the Democratic debris, Russia – if he could have run for a third term, even confronted with all these issues, he believes, he would have figured out how to pull a victory off anyway,” according to the book.

Obama is more crooked than a dog’s hind leg.

In order to have a successful Senatorial campaign, Scooter  had to secure tremendous financial backing and be the recipient of astute political mentoring.  No problem.

It is now very well-known that George Soros, evil genius, major Democratic Party donor and anti-Israel crusader, has been a generous contributor to Barack Obama. However, not too many people know that a loophole in McCain-Feingold allowed Soros and his family members to be extremely generous in their support of Obama’s 2004 Senatorial campaign.

Obama had to run against Blair Hull in the primary and then Jack Ryan in the general (both multi-millionaires). Obama received huge donations from individuals, to so-called “millionaires exception.”  Usually,  individuals are limited to giving $2300 to candidates in federal elections, but if the candidates are running against millionaires, these limits do not apply and candidates are allowed to receive up to $12,000 from a single individual. Soros and his family gave Barack Obama $60,000. This does not count the money that Soros was funneled to so-called 527 groups (Moveon.org, for example) that have also been politically active; nor does it include money that Soros raised from tapping a network of friends, business associates, and employees.

Besides garnering unlimited campaign funds, as the campaigns entered their closing rounds, the news ”happened to be” leaked to media outlets that both Hull and Ryan had “personal scandals” in their past. The timely release of this news wiped out both of their campaigns, leading to an easy victory for Obama in the primary and then in the general election.

The New York Times Magazine revealed that David Axelrod, Obama’s chief political and media adviser, may well have been behind the leak of the story that doomed the Hull candidacy as the primary reached its home stretch.  I’m shocked.

As he has shown over the years, Axelrod was right at home operating in this gray area, part idealist, part hired muscle. One can not bring up Axelrod’s name  in certain circles in Chicago without the matter of the Blair Hull divorce papers coming up. Approaching the 2004 Senate primary, it was clear that it was a two-man race: the millionaire liberal, Hull, leading in the polls, and Obama, who was the figurehead of an impressive grass-roots campaign. One month before the vote, The Chicago Tribune “just happened” to reveal, at the end of a long profile of Hull, that during a divorce proceeding, Hull’s second wife filed for an order of protection. This revelation proceeded to erupt into a full-fledged scandal.  This scandal destroyed Hull’s campaign and handed Obama an easy primary victory.

The Tribune reporter who wrote the story later admitted in print that the Obama camp had “worked aggressively behind the scenes” to push the story. However, a lot of folks in Chicago believe that Axelrod leaked the initial story. They will tell you that before signing on with Obama, Axelrod interviewed with Hull. They also point out that Obama’s TV ad campaign just happened to start at almost the same time. Axelrod swears up and down that “we had nothing to do with it” and that the campaign’s television ad schedule was in the works for a long time.

An aura grows up around you, and people assume everything emanates from you.

And, the Biden Presidency smells of that same stench…and then some.