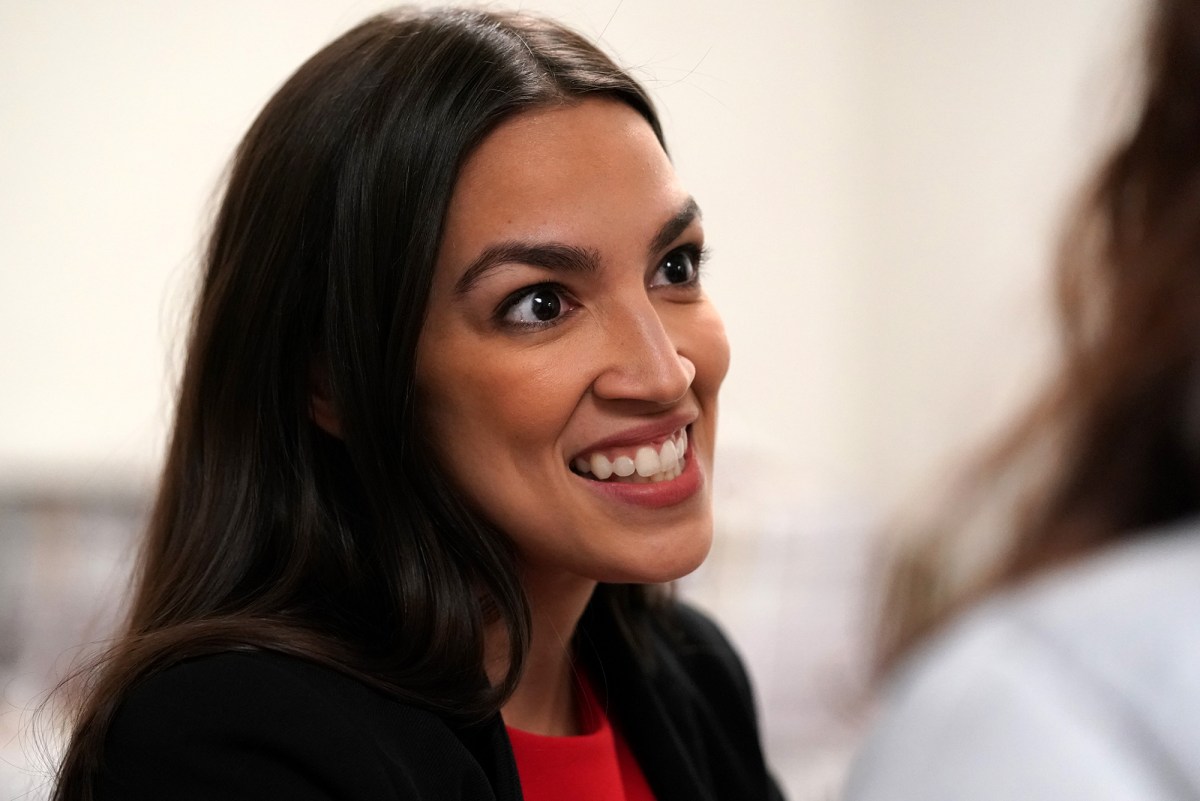 Just as Vladimir Lenin used the Bolsheviks to overthrow the Russian Government, so the Far Left or “Justice Democrats” are quite willing to use gangs who have arrived here illegally for their own purposes.

Rep. Alexandria Ocasio-Cortez, D-N.Y., led a group of her House Democratic colleagues in a letter to federal immigration officials demanding an overhaul of immigration policies and objecting to gang members in the country illegally being targeted for deportation.

Ocasio-Cortez and 34 of her Democratic colleagues sent a letter to Department of Homeland Security (DHS) Secretary Alejandro Mayorkas and Immigration and Customs Enforcement (ICE) director Tae Johnson, calling on them to change immigration policies that rely on the US’s “discriminatory legal system.”

The lawmakers claim an interim enforcement memo issued by ICE “does not adequately protect the liberty interests of asylum seekers” and presumes an illegal migrant — including those convicted of aggravated felonies —to be a “border security and enforcement and removal priority.”

“This blanket presumption will effectively mean detaining an untold number of people who have fled persecution,” the lawmakers wrote.

Additionally, the letter claims the “definition of an aggravated felony” is a “relic of the racist War on Drugs” and that the “category has been interpreted to include many state drug misdemeanors.”

“‘Aggravated felonies’ as a category have been designed to ensure that people have as few rights as possible to fight detention and deportation,” Ocasio-Cortez and her colleagues wrote.

“Moreover, we are concerned that the memorandum only requires ICE officers have a ‘good faith belief’ that someone has an aggravated felony conviction even while acknowledging that such a determination is ‘a complex question,’” they continued.

The lawmakers also claimed the memo “invites racial profiling” by making a migrant who has been convicted of actively or intentionally participating in gang activity a “public safety enforcement and removal priority.”

They claimed that leaving ICE agents to determine whether someone has been convicted of being involved in gang activity or an aggravated felony “should not be left to an officer’s discretion or ‘good faith belief.’”

“It is well documented that law enforcement’s practices of labelling people as gang-involved is often faulty, based on arbitrary and racist factors, and not subject to due process,” the lawmakers claimed.

“We are in a moment of racial reckoning in this country, with communities across the country calling for an end to mass incarceration and racist policing,” the group continued. “It is time to end the carceral approach to immigration, which relies on these same flawed systems.”

DHS did not immediately respond to Fox News’ request for comment.

So, just what is this “Justice Democrats” Group all about?

Justice Democrats is recruiting and supporting progressive Democrats all over the country, starting with Congress. We’re working to transform the Democratic Party while building independent power. We do this by running primary challengers against out-of-touch Democratic incumbents and organizing to hold the party accountable to our issues.

So, who is the “Money Man” behind the Justice Democrats”?

I will give you three guesses and the first tow don’t count.

“Members linked to Soros-funded digital media asked Ocasio-Cortez to run for office,” the report states, “which guarantees she would get favorable news coverage by a media network that reaches almost 300 million people monthly.” Well, we know it was Justice Democrats that recruited her to run for office, so this suggests a strong connection.

The report goes on to confirm that connection, saying that “one member of the Soros-funded media, Cenk Uygur, also founded one of the two political groups responsible for asking Ocasio-Cortez to run, Justice Democrats, whose goal is to get Sanders-like politicians elected to Congress.” Sanders, as in socialist. (Our understanding is that Uygur is no longer officially with JD, due to some #MeToo issues regarding his treatment of women in the workplace.)

The DCNF story also links favorable news coverage by “Soros-linked digital media” to AOC’s win in the Democratic primary, which, of course, meant an automatic win in the heavily Democratic district. The other organization mentioned in this report, Brand New Congress, had essentially the same people involved.

According to the Media Research Center, “[George] Soros funds nearly every major left-wing media source in the United States. Forty-five of those are financed through his support of the Media Consortium…The list is predictable — everything from Alternet to the Young Turks.” The Young Turks is Cenk Uygur’s YouTube channel, so that must be the “Soros-linked digital media” mentioned by DCNF.

So, there you go. Is George Soros involved? OF COURSE he is!

When the Caravans from The Triangle Area started heading to “el Norte” during the Trump Presidency, I wrote an article describing how Soros was one of the funders of that little enterprise.

I am certain that he is still funding it.

So, adding 1 + 1 together, if Soros is involved with Justice Democrats-supported push to allow the Mexican and South American Gangs to run rampant in out Sovereign Nation from the time they leave their home countries to the time they illegally enter America…shouldn’t he be held responsible for the damage that he is doing to our country?

There I go thinking logically again.

We are experiencing the third Presidential Term of Barack Hussein Obama.

Welcome to the jungle.