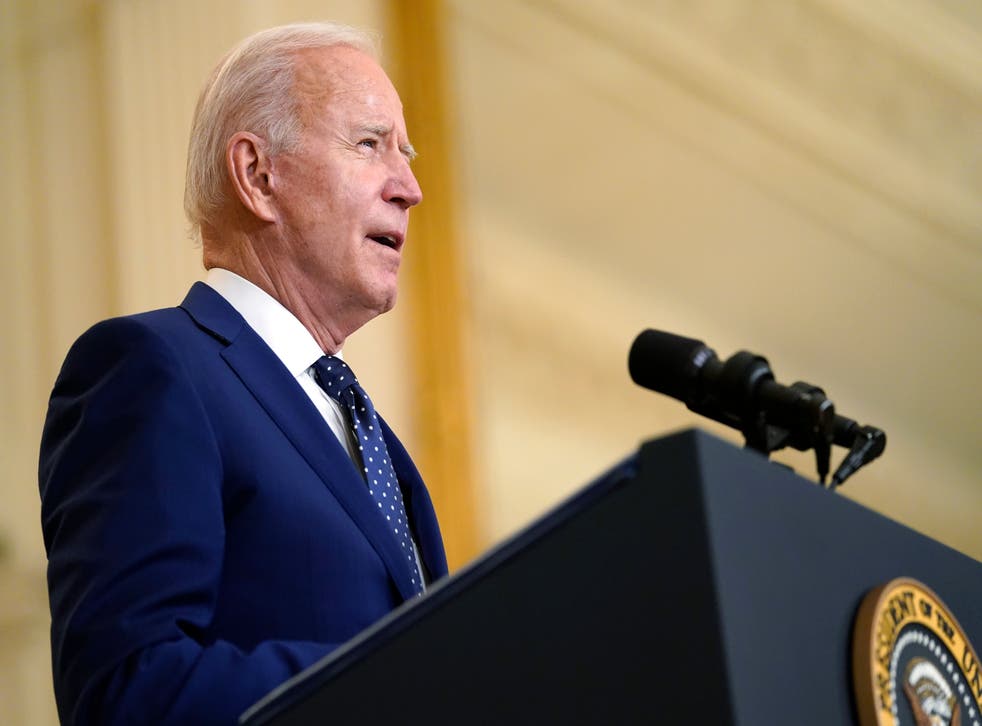 “In the first place, we should insist that if the immigrant who comes here in good faith becomes an American and assimilates himself to us, he shall be treated on an exact equality with everyone else, for it is an outrage to discriminate against any such man because of creed, or birthplace, or origin. But this is predicated upon the person’s becoming in every facet an American, and nothing but an American…There can be no divided allegiance here. Any man who says he is an American, but something else also, isn’t an American at all. We have room for but one flag, the American flag…We have room for but one language here, and that is the English language….” – President Theodore Roosevelt

President Biden on Saturday described the situation at the border as a “crisis” for the first time, as he defended his administration’s walkback on refugee policy a day earlier.

Biden’s administration has until now refused to call the dramatic spike in migrant numbers, which saw 172,000 migrant encounters in March alone, a “crisis.” Instead, it has referred to it as a “challenge” and blamed it on the Trump administration’s dismantling of asylum paths.

“The men and women of the Department of Homeland Security are working around the clock seven days a week to ensure that we do not have a crisis at the border — that we manage the challenge, as acute as the challenge is,” DHS Secretary Alejandro Mayorkas said last month.

But critics have pointed to the record numbers of migrants, overwhelmed facilities, and shocking images coming from the border, and blamed the crisis on Biden’s liberal immigration policies for encouraging migrants to make the journey north.

Biden found himself in hot water with members of his own party on Friday, when he signed an emergency presidential determination to keep the number of refugees for Fiscal Year 2021 capped at 15,000 while changing the regional allocation of who is brought in. It is the same level set by the Trump administration.

Biden had said in February that he would increase the cap to 125,000 for FY 2022 which begins in October. He also said he would work with Congress to make a “down payment” on that number. In the meantime, Secretary of State Antony Blinken proposed to Congress lifting the cap to 62,000 for this fiscal year.

Immigration activists and left-wing Democrats were furious at the move. Rep. Alexandria Ocasio-Cortez, D-NY, calling it “completely and utterly unacceptable.”

“This Biden Administration refugee admissions target is unacceptable,” Sen. Dick Durbin, D-Ill., said. “These refugees can wait years for their chance and go through extensive vetting. Thirty-five thousand are ready. Facing the greatest refugee crisis in our time there is no reason to limit the number to 15,000. Say it ain’t so, President Joe.”

Hours later, the White House changed course, blaming “confusion” on behalf of the media, while promising to raise the number of refugees by the middle of next month.

“Given the decimated refugee admissions program we inherited, and burdens on the Office of Refugee Resettlement, his initial goal of 62,500 seems unlikely,” White House Press Secretary Jen Psaki said, a reference to the border surge, of which the ORR — part of Health and Human Services (HHS) is a key agency in dealing with the flow.

Psaki then said that with the reforms to the refugee admissions in place, a new updated cap will be announced before the middle of May.

“While finalizing that determination, the President was urged to take immediate action to reverse the Trump policy that banned refugees from many key regions, to enable flights from those regions to begin within days; today’s order did that,” she said. “With that done, we expect the President to set a final, increased refugee cap for the remainder of this fiscal year by May 15.”

However, there is still no sign of the surge facing the administration, and which affects ORR, slowing any time soon. There are currently more than 19,000 unaccompanied children in HHS care as of Friday.

The administration said it would accept 18,000 refugees during the next 12 months, down from the current limit of 30,000 and a fraction of the 110,000 President Barack Obama said should be allowed into the United States in 2016, his final year in office.

Even that low figure may overstate the number of slots that could be open for unanticipated crises, since many of the openings have been allocated. The Trump administration will reserve 4,000 refugee slots for Iraqis who worked with the United States military, 1,500 for people from Central America and 5,000 for people persecuted for their religion, senior administration officials said. The additional 7,500 slots are for those who are seeking family unification and have been cleared for resettlement.

So, who will the Biden-Harris Administration decided to be let into our sovereign Nation?

And, how many to each category?

Who will be doing the vetting of these “refugees”?

The same kind of imbecilic bureaucrats who allowed Europe to be trashed by Muslim “Refugees” who looked more like a plain-clothes army?

In November of 2015, the Ultra-Liberal BBC.com reported on the process.

If a refugee is cleared to be considered by the US, the process for approval is lengthy – 18-24 months, said one senior administration official.

Refugees are admitted at about a 50% acceptance rate after being subjected to “the most rigorous screening of any traveller to the US,” an official told reporters in a conference call.

That involves extensive in-person interviews about their experiences with conflict, as well as the collection of both biometric and biographic information that is cross-checked with the State Department, the Department of Homeland Security and in some cases, the Department of Defense.

…Ten thousand people have been referred for resettlement in the US, but the US has not processed their applications yet.

After 18-24 months, a refugee may then be sent to his or her new community.

Now, that was during the Obama Administration.

The same people, including Obama, are involved in the Biden Presidency.

I wouldn’t trust those Liberal idiots to vet children for a part in a Daycare Play, much less determine the character of foreign nationals wanting to be declared “refugees” and enter our Sovereign Nation.

President Trump limited the number of refugees who would be able to come to America out of a genuine concern for the safety of Americans.

The Far Left Democrats running the “Biden-Harris Administration” don’t give a rat’s rear.

They have been putting and will always put AMERICA LAST.