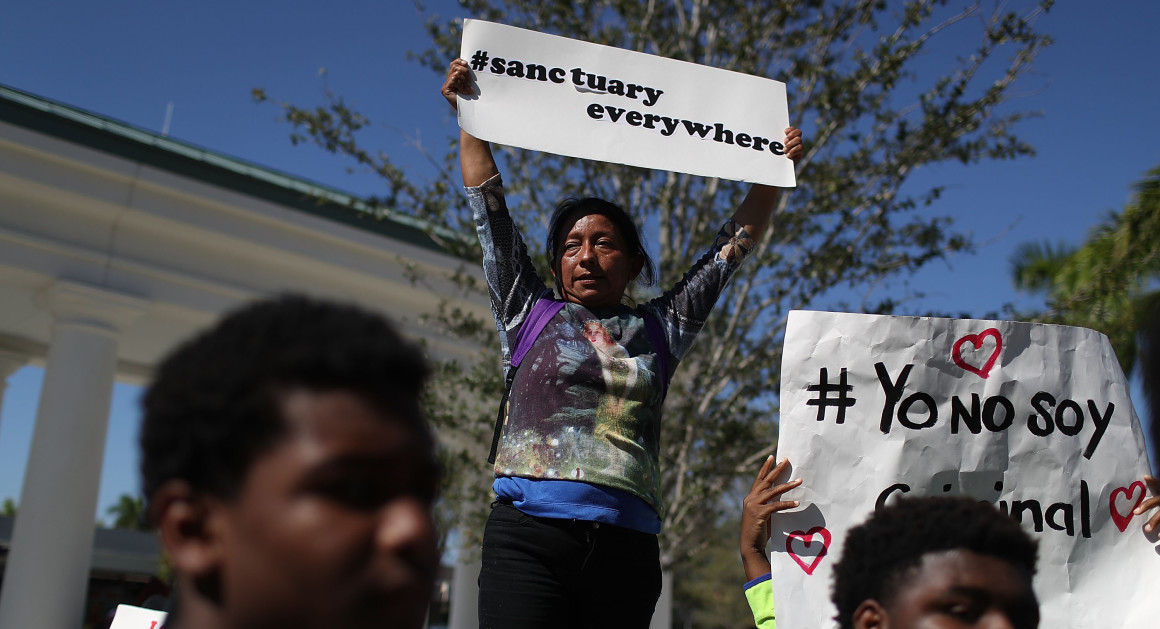 However, Joe Biden’s Handlers do.

The cities and states sued after former President Donald Trump’s administration threatened to withhold the Edward Byrne Memorial Justice Assistance Grants, which are often used to buy equipment or pay for police overtime. Byrne, a New York City police officer, was murdered in the line of duty in 1988.

Lower courts were divided on the legality of the Trump policy, and both sides were appealing. The Trump administration had asked the high court to hear a case from California, while New York City and a group of states led by New York were seeking review of a ruling they lost.

The last bipartisan U.S. Commission on Immigration Reform wrangled with the hot topic of Illegal Immigration for six years. President Clinton appointed former congresswoman and Democratic icon Barbara Jordan as its chair. Jordan came from humble beginnings to become a lawyer and the first Southern black woman elected to the House of Representatives. A DEMOCRAT, she was a leader in the civil rights movement, a professor of ethics, a recipient of the Presidential Medal of Freedom, and a world-class orator (two of her speeches are considered among the greatest of the 20th century). Her appointment gave the commission instant credibility. According to Jordan, she believed her responsibility as the head of the commission was to restore credibility to the U.S. immigration system. On the issue of illegal immigration, Jordan was very clear and succinct:

Unlawful immigration is unacceptable. Those who should not be here will be required to leave.

I wonder what Rep. Jordan would think of her beloved Democratic Party, now that they have embraced and are not only welcoming the same illegality, which she was so clear about, but protecting illegal aliens from deportation?

And, how would she feel about the fact that innocent Americans are being murdered by these uninvited guests?

I believe that she would stand with our Former President and walk straight into the Oval Office and give the current resident a piece of her mind.

So, why are these Democratic Mayors refusing to abide by our nation’s laws by HARBORING FUGITIVES?

Liberals, on both sides of the Political Aisle, have continuously masked their true intentions for the political usefulness, in their incessant push to grant blanket amnesty to Illegal Aliens, by swathing it in the noble rhetoric of “Civil Rights” and “Social Justice”.

This is in no way a human rights issue.

Attempting to assign “Constitutional Rights” to those who are here illegally is a usurpation of power Democratic local and national Politicians.

I understand that people want a better life for themselves and their children.  We are all immigrants in this land, except for American Indians, and they got here by crossing the Bering Straight.  But there is a huge difference between immigrating here legally and sneaking in illegally, between assimilating into an existing culture, and insisting on replacing a country’s existing culture with that of the country you left.

Those who came here illegally and taken advantage of our benevolence need to be deported.

If they want to become Americans, they can get in line and do it legally.