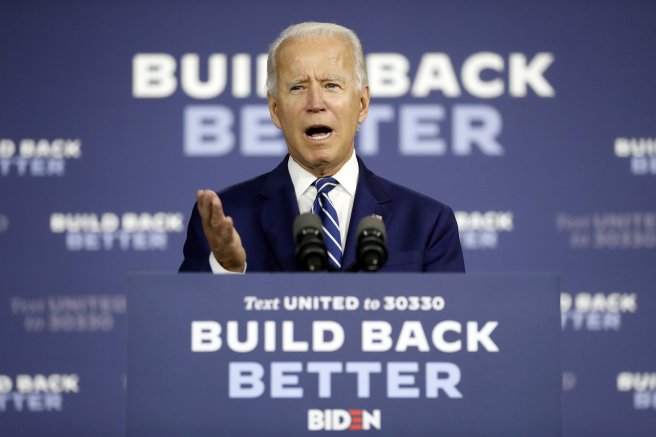 Biden said the plan would put 3 million Americans to work in new care and education jobs – and predicts that if enacted, it would increase overall employment by about 5 million after taking into account the economic impact of increased labor force participation when unpaid caregivers are freed up to pursue paid careers.

During a speech in New Castle, Delaware, as he unveiled the proposal, Biden spotlighted his job as vice president helping to steer the 2009 stimulus implemented by President Obama.

“I’m the guy you may remember who managed the Recovery Act of $800-plus billion dollars. I always focused on shovel ready jobs, what we can do immediately to get the money out communities,” Biden said.

Emphasizing his new plan, Biden stressed that “that’s what care jobs are. They’re shovel ready. The workers are ready now. These jobs can be filled now. Allowing millions of people, primarily women, to get back to work, increasing the growth in the GDP and family income. That’s the right thing to do for our families and our most essential workers and it’s the smart thing to do for our economy.”

Clark’s tweet included a video of snippets of Biden from speeches and interviews during the 2012 presidential campaign – as he and Obama successfully won re-election – discussing an economy that was sluggishly recovering from the Great Recession.

Most economists have said the stimulus – officially known as the American Recovery and Reinvestment Act – helped the economy rebound. And the more than 13,000 projects initiated by the stimulus and carried out through the Federal Highway Administration ended up improving thousands of miles of highways, roads and bridges.

But the stimulus also received plenty of criticism over efficiency – with Republicans pointing out that many of the infrastructure projects weren’t “shovel ready” as promised.

“Trump’s record: driving American manufacturing into a recession and killing tens of millions of jobs. We took office during what was, before Trump’s recent handiwork, the worst downturn since the Great Depression – & replaced it with the longest streak of U.S. job growth ever,” Bates charged.

If I remember correctly, Obama’s job streak was padded with government and part-time jobs.

Here are some Economic Facts from FoxBusiness.com from an article posted on January 23rd of this year.

Joe Biden has had almost 40 years in Washington to provide “shovel-ready jobs” for American Workers.

President Trump, before the Chinese Virus hit, had turned America’s Economy around in 3 years.

Also, on a related subject, Biden had an interview with Joy Reid on her new MSNBC show st night during which the Democrat Propagandist lobbed up softball question for the dementia-riddled presumptive Democratic Presidential Candidate to answer

In contrast, President Trump, during his interview on Fox New Sunday with Chris Wallace took every hard question and biting comment that Wallace threw his way and hit it out of the park.

If Sleepy Joe cannot handle hard questions during a television interview, how can he make the hard decisions that a president is often called upon to make?

And, judging from the lack of Biden for President signs throughout the country…

I believe that Americans have already smelled what he’s shoveling.