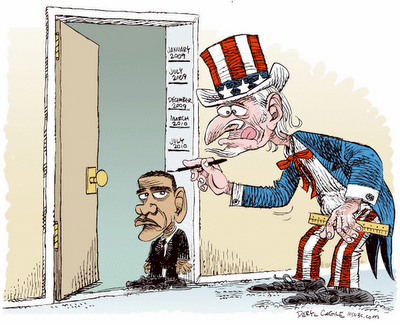 Barack Obama took to social media Saturday to urge people to sign up for health care on the final day of Affordable Care Act enrollment. His appeal came a day after a Texas judge struck down the former president’s signature legislation as unconstitutional.

Aside from reminding people that Saturday would be the final day to enroll for affordable health care for 2019, Obama appeared to play down the significance of the ruling.

“You might have heard about a federal court decision on a Republican lawsuit trying to strike down the Affordable Care Act in its entirety,” he said in Facebook post. “As this decision makes its way through the courts, which will take months, if not years, the law remains in place and will likely stay that way.”

The ruling, he said, “changes nothing for now.”

U.S. District Judge Reed O’Connor dealt a blow to Obama’s 2012 health care initiative on Friday after 20 states, including Texas, argued that they had been hurt by a jump in the numbers of people utilizing state-backed insurance.

“The remainder of the ACA is non-severable from the individual mandate, meaning that the Act must be invalidated in whole,” O’Connor, whose District Court is based in Texas, wrote in a 55-page opinion, according to Bloomberg.

“A lot of good people are fighting to ensure that nothing about your care will change. The ACA protects your pre-existing conditions, no matter how you get your insurance,” Obama said Saturday.

“But all of this should also be a reminder that Republicans will never stop trying to undo all that. If they can’t get it done in Congress, they’ll keep trying in the courts, even when it puts people’s pre-existing conditions coverage at risk.”

California and other several other stated with opposing views on ObamaCare are likely to challenge the new ruling through an appeal to the United States Court of Appeals for the Fifth Circuit.

Why won’t Obama just shut up and go away like other Former Presidents?

Because, gentle readers, he has to “preserve his legacy”…including his biggest failure…Obamacare.

And, what does Obama see the totality of his legacy being?

He said it several times: to “radically change” America.

Back in May of 2017, Former President Barack Hussein Obama was speaking at a summit on food innovation in Milan, Italy, when he announced that the next phase of his life would be spent

“When I was president, wherever I would go, I would meet with young people,” Obama said. “And it would always give me energy and inspiration to see how much talent and sophistication and optimism and idealism existed among young people.”

“The problem is so often young people’s voices aren’t heard, and when they want to get involved on issues, they don’t know how and they don’t have the tools,” Obama continued.

The goal of the forthcoming Obama Presidential Center, he said, is “to provide them the tools, the training, the networks, the relationships, the funding, so that they can be even more effective. That’s probably what I’m going to be spending most of the next 10 years on.”

For eight long years, Barack Hussein Obama turned our Federal Government into a National Community Organizing Fund Distribution Center, using OUR money to finance Far Left Activists who believe that average Americans, like you and me, are a bunch of ignorant xenophobic racist misogynists.

And you can be darn sure that some of that “wealth” that Obama redistributed has been and is being used to protest and impeded the progress of President J. Trump.

And, the President knows it.

In March of 2017, during his Nationally-Syndicated Radio Talk Show, Rush Limbaugh stated that,

…The story is Valerie Jarrett moving in to the Obama family home. What the hell’s up with that?

They’re trying to convince the Europeans of this. They’re doing everything they can to delegitimize Trump, his administration, his victory. That is the story that people need to focus on because there’s evidence for that. There is evidence at every town hall protest. There is evidence all over this country every day that this sabotage is going on.

Saul Alinsky’s “Rules for Radicals”, a favorite of the 60s counter culture, was also on the reading list of the 44th President of the United States, Barack Hussein Obama, and his First Secretary of State and Failed 2016 Democratic Party Presidential Candidate, Hillary Rodham Clinton.  Let’s look at rule #8 – rule #13:

It’s very apparent from what is happening during Trump’s Presidency that somebody’s read Alinsky’s book.

From those who believed that Communism would be great for America back in the 1950s, to those in the 1960’s, who wanted to “tune in, turn on, and drop out”, and spit on our returning Servicemen, to those of the 1970s who were naive pacifists like their President, Jimmy Carter, to those in the 1980s, who were part of the “Me Generation”, to those whom we call “Progressives” (a misnomer) or “Modern Liberals” in our present generation, Including Former President Barack Hussein Obama and all of his minions, there has always been a minority segment of American Society, who despise everything that this land, which was given us by the Almighty and was fought for and died for by those before us, stands for, while they reap all the benefits of America the Beautiful.

Obama owes everything that he is to the benevolence and largess of America and her people.

…And, the money of Former Nazi Sympathizer George Soros

And, those of us, whom his failed political ideology did not appeal to, had enough of his failed leadership and decided not to go “quietly into that good night” by voting for Donald J. Trump,  instead of Obama’s chosen successor, Hillary Rodham Clinton.

Organizing For America, the Far Left Activist organization that Obama brought with him during his presidency, remains active.

Obama, in conjunction with Soros and his numerous “nonprofit organizations” have already been training not just “global activists” but “community activists” as well.

Do you think that I am exaggerating? Go to BarackObama.com, and you will read the following…

As President Obama has said, the change we seek will take longer than one term or one presidency. Real change—big change—takes many years and requires each generation to embrace the obligations and opportunities that come with the title of Citizen.

The thing is, boys and girls, “true democracy” is MOB RULE.

That is why our Founders made us a CONSTITUTIONAL REPUBLIC.

It is also why they created an Electoral College.

…To prevent what Barack Obama and all the rest of those on the Radical Far Left of the Political Spectrum want to accomplish.

So, the next time you see Libs have a protest against President Trump

Just remember…now you know where the money is coming from.

And, who is behind it.

President Trump is going to have to deal with this situation head on.

Because Barack Hussein Obama, who apparently believes that he is still POTUS, and the rest of the Far Left Democratic Party are not going to rest until America becomes just another failed experiment in Marxist Theory, like Venezuela.

Patriotic Americans, from “Average Joes” to the Republican Hierarchy must stand behind the President and hold firm on getting rid of the albatross known as Obamacare.

One thought on “After Judge Rules Obamacare Unconstitutional, Obama Urges Americans to Sign Up Anyway”