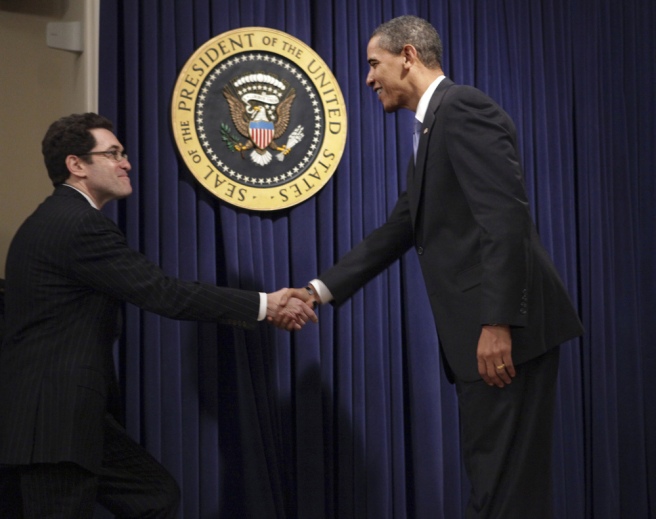 Manafort pleaded guilty in his Washington, D.C., trial on Friday and agreed to fully cooperate with federal officials looking into the possibility of illegal cooperation between President Trump’s campaign and the Russian government, although none of Manafort’s charges directly related to any alleged collusion.

Joined by Eisen, Starr told ABC’s “This Week” that the news was a “very significant breakthrough.”

“I think this is really good for the country,” Starr, who led federal probes into former President Bill Clinton, told host Jon Karl, suggesting that the deal might help bring an end to the long-running Russia probe. “Let’s get to the truth of the matter.”

As part of the deal, Manafort has forfeited multiple bank accounts and several properties in New York. However, he will keep his properties in Florida and Virginia, where his family lives.

“Given the seriousness of the charges that were awaiting him, he did the right thing,” Starr said. “He did the smart thing.”

In August, in a separate trial in Virginia, a federal jury found Manafort guilty on eight counts of federal tax and banking crimes. He is still awaiting sentencing in that case.

President Trump had praised Manafort for not accepting a plea agreement prior to that case, writing on Twitter in August that his former aide was a “brave man” who had “refused to ‘break.'”

Eisen, the Obama ethics lawyer, said there is a possibility Manafort will lead prosecutors to Trump — which many observers, including the presiding judge in Manafort’s Virginia trial, have said was the goal of prosecuting Manafort for tax and bank fraud in the first place.

“In our profession, those who defend and prosecute criminal matters, you only get a deal like this if you go up the chain,” Eisen said. “Who is up the chain from Paul Manafort, who was the chair of the Trump campaign? Don Jr., [political consultant] Roger Stone, the campaign itself, and perhaps ultimately the president. … I think there’s a substantial possibility that this evidence that Manafort is offering will implicate somebody up the chain.”

Isn’t being “Obama’s Ethics Czar” like being the old Maytag Repairman from the commercials?

No one visited him, either.

So, who is this guy?

Norman Eisen is the Chairman of the Board for CREW. And, who are they?

Citizens for Responsibility and Ethics in Washington (CREW) uses aggressive legal action, in-depth research, and bold communications to reduce the influence of money in politics and help foster a government that is ethical and accountable. We highlight abuses, change behavior, and lay the groundwork for new policies and approaches that encourage public officials to work for the benefit of the people, not powerful interests, in accordance with the principles of ethical government the founders set out in the Constitution.

At CREW, we believe that government, subject to appropriate checks and balances, can and often does have a positive impact on the lives of Americans. It has become abundantly clear, though, that the corrupting influences of money from powerful interests and of unchecked conflicts of interest create major barriers to even the most well-intentioned politicians and officials working effectively for the common good. If we work together to reduce that negative influence, we can create a government that is responsive, open, and effective.

CREW is a 501(c)(3) nonprofit organization composed of a small but nimble group of lawyers, researchers, and communicators. Together we not only highlight the negative impact of money in politics, but take direct action to ensure accountability for those who abuse the political system and to change that system for the better.

When we find abuses of the campaign finance, ethics, or tax rules, CREW files complaints asking appropriate government agencies to investigate and hold accountable those who violate the rules.

Groovy. Where do you guys get your funding from?

Again, I’m glad you asked. Well, actually I did the asking. Moving on…

According to the Center For Consumer Freedom, a consumer protection and information organization whom the CREW attacked several years back…

Among the foundations that have made significant contributions to CREW in recent years:

The foundation funders of CREW, many of which are members of or otherwise linked with the Democracy Alliance group of liberal megadonors, clearly demonstrate the partisan and ideological alignment of the organization. Among the groups in the Democracy Alliance’s funding orbit is one of CREW’s stablemates in the David Brock liberal group empire, Media Matters for America.

Gosh, a group of Democratic megadonors working in unison in the name of “justice” and “ethics”.

That sounds familiar. Now, where…

The ones who convicted Paul Manafort and who would convict anyone who ever knew President Donald J. Trump if they could get by with it.

The longer this mockery of an investigation goes on, the more the layers of this onion are being pulled back to expose a rotten core.

We knew that this whole mess was nothing but a Deep State Operation conceived during the Obama Administration with the blessings of Petulant President Pantywaist, himself, sitting at the end of a tripwire leading to a very intricate spider’s web consisting of Democratic Operatives both within and affiliated with our own Federal Government.

Something told me that Obama’s Former “Ethics Czar” piping up about Manafort’s deal that he just cut with Mueller being the “end of Trump”  just didn’t seem “right”.

Things have become so desperate that its members are now bolding working to undo the results of the 2016 Presidential Election in the light of day.

Or, as the late, great Professional Wrestler Dusty Rhodes used to say,

In public, if you will.

I was going to say that this is getting ridiculous.

However, it is not ridiculous. This is just plain scary.