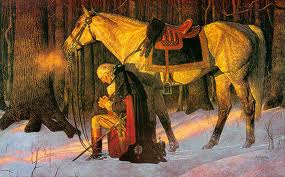 My country tis of thee,

Of thee I sing.

Land where my fathers died!

Land of the Pilgrim’s pride!

From every mountain side,

Like many of you, I have been watching events unfold halfway across the globe in the streets of Egypt.  Egypt’s President Morsi, and his fellow travelers in the Muslim Brotherhood, have been tossed out on their ears by their opposition in the last election, aided by the Egyptian Military. The world witnessed a remarkable scene the other day, as one third of that ancient nation took to the streets to march for their freedom from oppression, in a scene reminiscent of Moses leading the Jewish people out of bondage, all those centuries ago.

237 years ago today, our forefathers declared their freedom from oppression, too.

When in the Course of human events, it becomes necessary for one people to dissolve the political bands which have connected them with another, and to assume among the powers of the earth, the separate and equal station to which the Laws of Nature and of Nature’s God entitle them, a decent respect to the opinions of mankind requires that they should declare the causes which impel them to the separation.

We hold these truths to be self-evident, that all men are created equal, that they are endowed by their Creator with certain unalienable Rights, that among these are Life, Liberty and the pursuit of Happiness.–That to secure these rights, Governments are instituted among Men, deriving their just powers from the consent of the governed, –That whenever any Form of Government becomes destructive of these ends, it is the Right of the People to alter or to abolish it, and to institute new Government, laying its foundation on such principles and organizing its powers in such form, as to them shall seem most likely to effect their Safety and Happiness.

Freedom. What a unique, yet, misunderstood word. What is Freedom? It is the ability to do whatever one wishes, regardless of the consequences to those around us, including family and friends?

NO. That would be licentiousness, debauchery, or simply being a libertine.

So, how do we define our American Freedom?

I believe our American Freedom is a unique gift from God.

Our forefathers braved harsh ocean voyages, only to then have to endure miserable living conditions, including savage Indians, exposure to the elements, and disease, in order to secure Freedom to worship God as they wished.

Our Freedom, or Liberty, if you will, springs not from self-centered lustful desires, but a desire to make a better life for ourselves, our family, and those who follow behind us. Our Liberty is an expression of our human hearts which springs from a Divine Origin.

When they got here and began to forge their new lives, they soon found themselves to still be under the oppressive rule of King George III.

They choice they made to declare their independence was not an easy one, and the war to achieve their freedom cost many lives and much sacrifice.

Personal Sacrifice was accepted by these Freedom Fighters with no questions asked.  Sacrifices were made to secure their freedom…and ours.

Those citizen soldiers understood that with Freedom comes Responsibility…a responsibility to the idea of Freedom, to their fellow “Americans”, and to prosperity. They knew this was a serious decision. They also knew by Whom’s Grace they would gain their freedom…

We, therefore, the Representatives of the united States of America, in General Congress, Assembled, appealing to the Supreme Judge of the world for the rectitude of our intentions, do, in the Name, and by Authority of the good People of these Colonies, solemnly publish and declare, That these United Colonies are, and of Right ought to be Free and Independent States; that they are Absolved from all Allegiance to the British Crown, and that all political connection between them and the State of Great Britain, is and ought to be totally dissolved; and that as Free and Independent States, they have full Power to levy War, conclude Peace, contract Alliances, establish Commerce, and to do all other Acts and Things which Independent States may of right do. And for the support of this Declaration, with a firm reliance on the protection of divine Providence, we mutually pledge to each other our Lives, our Fortunes and our sacred Honor.

Present-day America is in the middle of our own struggle for freedom. Our present Administration has been attacking the freedoms which our forefathers promised us in our nation’s Constitution, precious freedoms which our nations Best and Brightest have fought and died to protect.

Licentiousness and self-centerness revolving around relative morality and situational ethics are our nation’s cultural norms. Or, at least that is what our Administration and their sycophants in the Main Stream Media try to sell us every day.

Some of our citizens will tell you that as long as your behavior “doesn’t hurt anybody”, you can do whatever you want, in the name of Liberty, redefining the meaning of a word which our Founders pledged their sacred honor to defend to the death.

America’s populace is still struggling through the worst economic situation our country has seen since the Great Depression.  Approximately 20% of our countrymen are unemployed, underemployed, or have just plain given up.  One-sixth of our nation has to rely on assistance from our government just to have food on the table, while remaining under the governance of a president who worships a Far Left political ideology steeped in the redistribution of wealth teachings of Karl Marx and Saul Alinsky.

Americans have watched, feeling helpless, as he and his self-centered minions in Congress took our tax dollars and spent all of it and then some, as if there was no tomorrow, leaving our children, grandchildren, and great-grandchildren with a debt that this shining city on a hill may never recover from.

Meanwhile, those whom we have elected to serve us, are serving themselves, by trying to create new voters from those who have entered our country illegally.

While, at the same time, Americans are protesting to keep their perceived “right” to murder the unborn, denying them the chance to vote…and to live, while shouting “Hail Satan!” and “Jesus should have been aborted”.

We have watched, with our mouths hanging wide open, as the President of the United States and his State Department, have reached out to embrace and fund the very barbarians that want to murder each and every one of us, while at the same time, criticizing and alienating our closest allies.

For example, yesterday, the “Leader of the Free World” pledged his continued support for the ousted Egyptian President and the Grandfather of Islamic Terrorist Organizations, the Muslim Brotherhood.

Now, I’m just spitballin’ here…but, shouldn’t the President of the United States of America be standing for Freedom, not for Oppression?

Shouldn’t he be protecting us from our sworn enemies, not inviting them to OUR White House and hugging their necks?

Shouldn’t we be allowed in OUR OWN HOUSE?

Our nation is experiencing a very dark time.

In such a dark time as this, the words of the great, classic Patriot Anthem, written by the legendary Irving Berlin, which made the late, great songstress, Kate Smith famous, shine through as a beacon of hope…and a fervent prayer to Our Creator…

While the storm clouds gather far across the sea,

Let us swear allegiance to a land that’s free.

Let us all be grateful for a land so fair,

As we raise our voices in a solemn prayer:

Stand beside her and guide her

Through the night with a light from above.

From the mountains, to the prairies,

To the oceans white with foam,