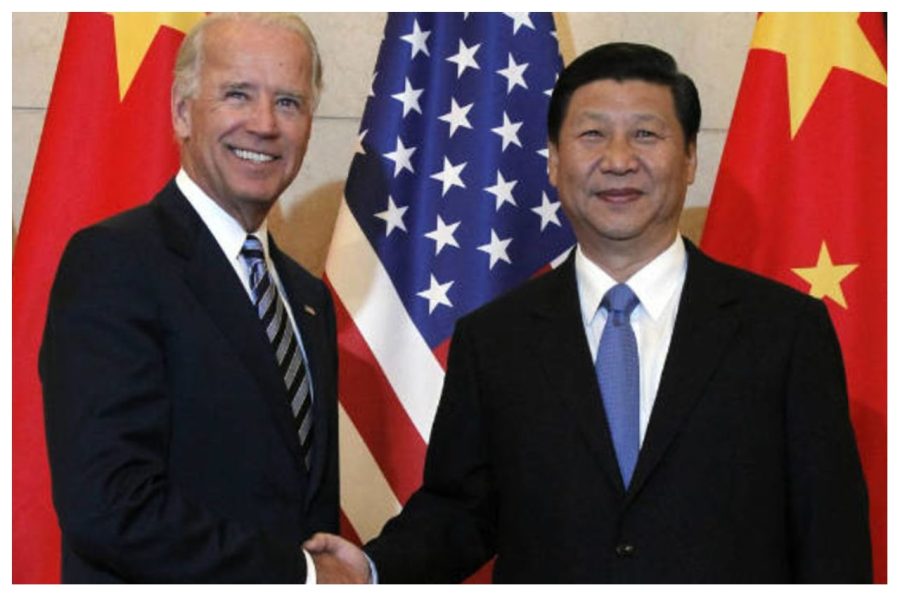 “Author and China expert Gordon Chang explained why Chinese threats to shoot down House Speaker Nancy Pelosi’s plane on her potential Taiwan trip “may not be bluster” Friday on “The Ingraham Angle.”

JASON CHAFFETZ: You know an awful lot about what’s going on here. What’s your response to this blustering by China?

CHANG: This very well may not be bluster. It’s inconceivable to us that the PLA – People’s Liberation Army – would shoot down Pelosi’s plane. But you got to remember: At this very instant, there are four Chinese warships in Japanese territorial water in the Senkakus in the East China Sea. There are Chinese troops deep into Indian-controlled territory in Ladakh, in the Himalayas. A few weeks ago, the Chinese provoked a crisis in the South China Sea with the Philippines. China is lashing out. It might be Taiwan, but it might be someplace else. This is an extremely dangerous regime at this moment. ” (Courtesy FoxNews.com)

Everybody has found that the White House leaked the news of the Wicked Witch of Congress and her Democrat Flying Monkeys traveling to Asia and Taiwan.

By the way, it wasn’t because he concerned for her period it was because he didn’t want her to upstage him

Does anybody really believe that China would be threatening the Speaker of the House of Representatives like this if Donald J Trump was still President of the United States of America?

So, what would stop a President of the United States of America from standing up like a man and responding to China  for their threat to shoot down Pelosi’s plane?

FoxNews.com reported on October 16th of 2020 that

One of the people on an explosive email thread allegedly involving Hunter Biden has corroborated the veracity of the messages, which appear to outline a payout for former Vice President Joe Biden as part of a deal with a Chinese energy firm.

One email, dated May 13, 2017, and obtained by Fox News, includes a discussion of “remuneration packages” for six people in a business deal with a Chinese energy firm. The email appeared to identify Hunter Biden as “Chair / Vice Chair depending on agreement with CEFC,” in an apparent reference to now-bankrupt CEFC China Energy Co.

The email includes a note that “Hunter has some office expectations he will elaborate.” A proposed equity split references “20” for “H” and “10 held by H for the big guy?” with no further details. Fox News spoke to one of the people who was copied on the email, who confirmed its authenticity.

Sources told Fox News that “the big guy” is a reference to the former vice president. The New York Post initially published the emails and other controversial messages that Fox News has also obtained.

Hunter Biden was the point of the spear in a Foreign Policy scandal which is just a small part of what will go down as the most corrupt Presidential Administration in history, making the Warren G. Harding Teapot Dome Scandal pale in comparison.

Former President Trump was right all along.

Just let this soak in, boys and girls…

We have a President of the United States of America who is owned by Communist China!!!

If the dots can be connected in the case of Hunter Biden’s and his father’s history of corruption and the Obama White House and their Foreign Policy, it could be absolutely huge.

The Bidens’ misuse of the power of the Vice-President for personal gain will, when the Republicans become the majority in Congress after the Midterms, lead to the impeachment of Joe Biden…if the Republicans have any cajones at all.

If our Sovereign Nation is to survive, this out-of-control political corruption, perpetrated on behalf of a Shadow Government by Deep State Operatives, must be dealt with and those responsible brought to justice.

No matter to whom the trail of corruption leads.

By the way, where IS Hunter Biden?

2 thoughts on “China Threatens to Shoot Down Pelosi’s Plane…Where’s Biden?”