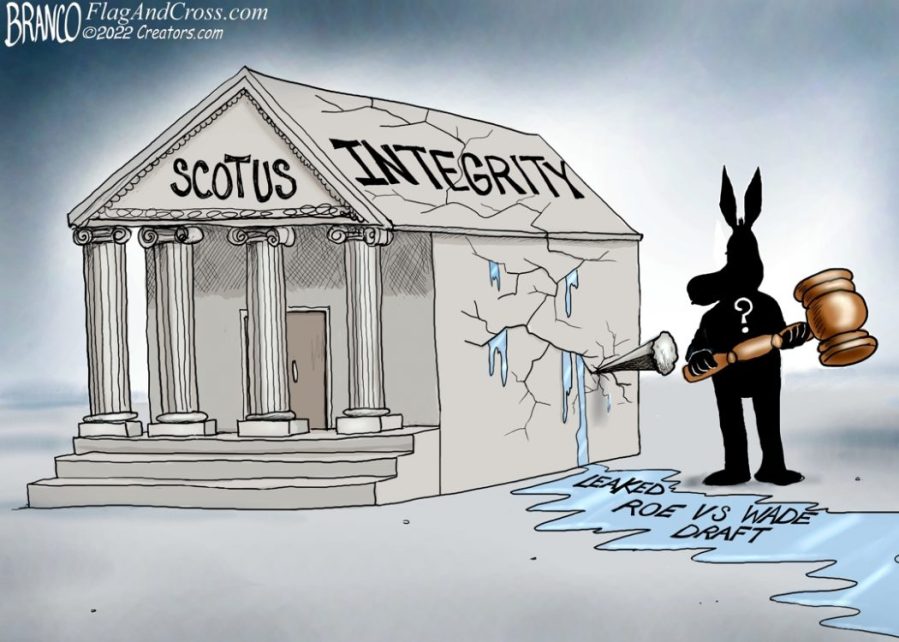 “The White House on Thursday declined to encourage abortion activists to avoid protesting at the private residences of Supreme Court justices as outrage over a leaked draft opinion overturning Roe v. Wade grows.

“The president, for all those women, men, others who feel outraged, who feel scared, who feel concerned, he hears them, he shares that concern and that horror that he saw in that draft opinion,” Psaki said.

Biden’s message directly to anyone feeling outraged “is participating in peaceful protest,” Psaki said. “Ensure it’s peaceful. Have your voice heard peacefully. We should not be resorting to violence in any way, shape or form.” (Courtesy FoxNews.com)”

A national leader condoning the intimidation of governmental figures? The world has seen this before.

To the Wayback Machine, Sherman!

The year is 1903, The Russian Social Democratic Party is meeting in London. All the intellectuals in their party have been arguing since the end of the 1800’s as to the direction the party should take. One year earlier, in 1902, a man named Lenin, living in exile, wrote a paper entitled, “What Is To Be Done”.

The work was smuggled into Russia and spelled out his views regarding what the Social Democrats should be doing as a party. Lenin attacked party members who “were content to wait while history took its predetermined course.” Rather than wait, Lenin wanted to kick-start the issue he believed in to get things done rather than wait on intellectuals sitting around refuting each other’s ideas. The meeting resulted in a Party split creating the Mentsheviks and the Bolsheviks. The two factions reunited under Lenin in April 1905. Lenin went on to organize the November 1917 Russian Revolution on the Promise of “peace. bread, and land”.

Just as Vladimir Lenin used his Bolsheviks to intimidate the Russians into supporting his Marxist Revolution, so those behind the Puppet President, his Administration, and the move of the Democratic Party to the Far Left of the Political Spectrum are using “Useful Idiots” like these Pro-Abortion Activists to intimidate the Supreme Court Justices, just like they have been using New Bolsheviks like BLM and Antifa to attempt to intimidate Americans into accepting a Marxist Democratic Socialist Government, one in which mob rule will replace our Constitutional Republic.

Just as the “New Politboro” want to control our lives from cradle to grave, so do they also want to control our Justice System, as seen by the protestors which have showed up at the Kavanaugh Hearings and outside the Courthouse in Kenosha, Wisconsin.

To say that our Sovereign Nation is at a tipping point, staring down into an abyss is not an exaggeration.

As Americans, we owe it to those who have given their lives to preserve our freedom to do everything we can to continue to resist the tyranny which is coming out of the White House and Capitol Hill.

The future of our children and grandchildren depends on it.