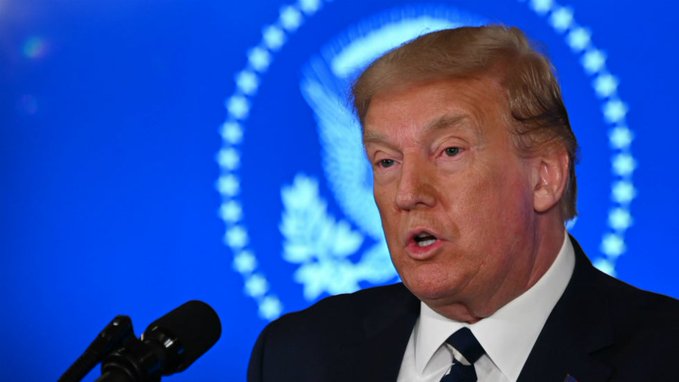 Just randomly thinking about the fact that Hunter Biden and his associates were paid $11+ million by the Chinese communists and Hunter is the subject of an ongoing federal criminal investigation yet the corporate media has largely ignored both since that news broke last year.

Donald Trump blasted President Joe Biden for instructing the National Archives to release the former president’s documents to the Democrat-dominated House panel investigating the Jan. 6 disturbances at the U.S. Capitol, despite Trump’s invoking ”executive privilege” to block their disclosure.

”Biden has rejected our request to withhold White House information from the House Unselect Committee investigating the January 6th protest, but has not taken a stance on the insurrection that took place on November 3rd, often referred to as the Crime of the Century,” Trump wrote in a statement through his Save America PAC, referring to last year’s election.

”This will put the current White House in a terrible position when the inevitable request for information comes concerning the massive corruption by Hunter Biden and the already well-documented crimes committed by the Biden family, the least of which are Hunter’s [Biden] paintings selling for as much as $500,000 apiece.”

Executive privilege, which courts have upheld, is the concept that presidents and other elected officials use to prohibit or shield information from bodies requiring that aides disclose their advice and counsel offered as part of their official function. The idea is rooted in the belief that officials should be given the best possible advice without fear of retribution later.

White House counsel Dana Remus, in a letter to the National Archives, wrote that “President Biden has determined that an assertion of executive privilege is not in the best interests of the United States, and therefore is not justified as to any of the documents,” NBC first reported.

Trump appeared to issue a warning to the Biden administration in his release.

”With our Country collapsing, with our Military disgraced, with our Borders nonexistent, when will the American people have had enough?” he wrote.

Judging from all of the “F*** Joe Biden Chants at football games and concerts, I believe that the American people are already fed up with #DementiaJoe.

It shouldn’t surprise Trump that Biden did what he did. The Democrats are scared to death of Former President Trump and are going to do everything that they can to keep him from becoming President again in 2024.

I am sure that his artistic talent positively flows when he’s “nekkid” and stoned out of his mind (what’s left of it).

Just how shifty is this “new career” for Hunter to make the Former “Ethics Czar” for Obama (which is a contradiction of terms) to call the Biden White House out on it?

But then again, what should we expect from the most crooked Presidential Administration since the Clinton  “Co-Presidency”?

So, boys and girls, wrap your heads around this:

Joe and Hunter Biden are guilty of the very thing that President Donald J. Trump was investigated for by a Special Counsel, his minions, and Nancy Pelosi and the Democrats in the House of Representatives: COLLUSION!

Joe Biden has been lying to Americans concerning his involvement with his son’s nefarious foreign deals, which makes him a security risk to our Sovereign Nation.

Biden should never have been able to run for President of the United States of America.

To say that Sleepy Joe is compromised is putting it mildly.

He and his heathen son are both as crooked as a dog’s hind leg.

Another thing…Special Counsel Robert Mueller was chosen in May of 2017.

His investigation was underway while the Biden Crime Family was brokering deals for personal gain with our two biggest enemies.

Given the fact that this Father and Son enterprise had been in “business” since Biden was Vice-President, and that several prominent Democrats were on lists to be contacted by the Bidens about certain endeavors, it sheds a whole new light on the sham impeachment of President Trump.

Were the Democrats attempting to cover their own dealings with the Biden Crime Family?

Joe Biden is the not only the worst President in Modern History…he is the most dangerous.

…are those who have already paid him, his son, AND his for “services rendered”.

And now, they are going to attempt to permanently damage Former President Trump for what happened on January 6th, when the Democrats were the ones who instructed the Capitol Police to open the doors to the Capitol Building and let the people in?

Calling the Democrat Elite a bunch of hypocrites does not even begin to cover the depth of their corruption.