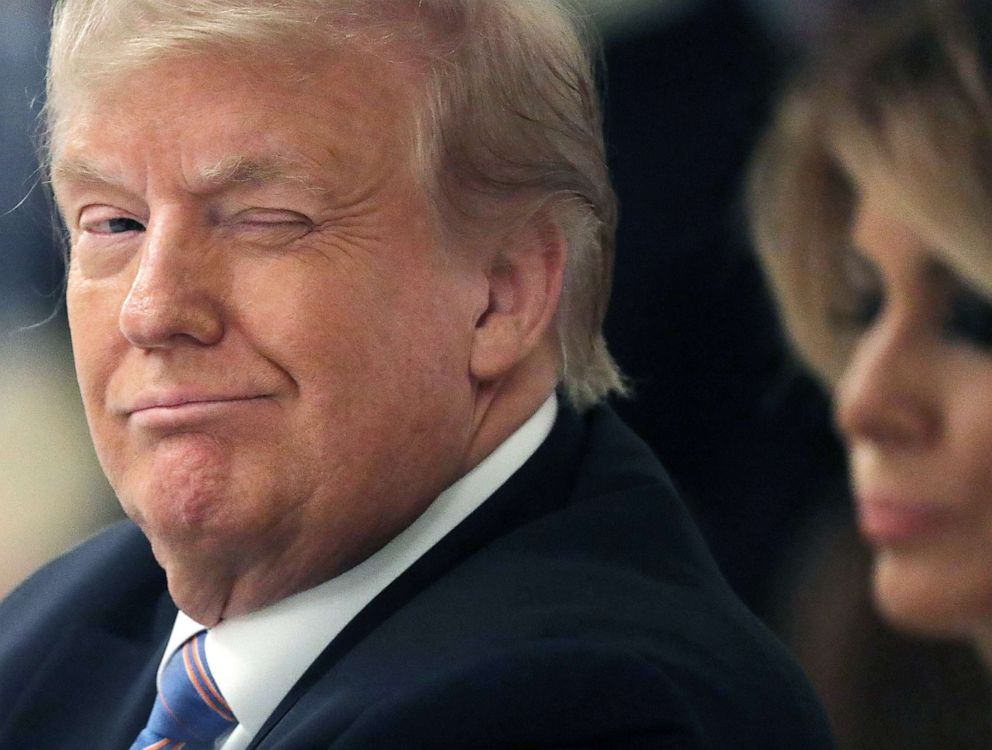 Former President Donald Trump on Wednesday told Newsmax that lawsuits filed against Facebook, Twitter, and YouTube parent company Google and its CEO were done because the “crimes they’ve committed have been atrocious.”

“They’ve taken away free speech and led to a lot of problems in this country,” Trump told Rob Schmitt in an exclusive interview following the announcement. “It really leads to the mainstream media not doing their job because Big Tech is guiding them and guiding them all the way.”

…Trump said “millions of people” are asking him to sue the tech giants over censorship and violations of First Amendment rights.

“They just can’t believe nobody’s done it before, so let’s see how it works out,” Trump said. “I think it will be very successful.”

The lawsuits were filed Wednesday by Trump and other class-action plaintiffs against the social media giants.

The former president also rejected the argument the companies can govern their content, because the government gives them “total protection” through Section 230 of the Communications Decency Act, which says providers or users of an interactive computer service cannot be treated as the publisher of information provided by another Internet content provider.

“But even if they were, the cases are great,” Trump added.

The lawsuits seek monetary and punitive damages, as well as reinstating Trump and others to the social media sites, from where they were moved for posts ranging from disagreements on the 2020 election, the coronavirus pandemic, and the Jan. 6 incidents at the Capitol.

Trump told Schmitt he thinks there will be a “very dramatic” outcome from the lawsuits and the social media companies and their CEOs will have to pay “massive damages, and a lot of money will go into things that will change how such companies operate.”

The Far Left are afraid of Conservatives sharing their views in an open forum.

I am glad that Former President Trump is filing this Class Action Lawsuit..

It is no secret that the main Social Media Platforms are all run by Liberal Democrats.

There has been shadow banning of Conservatives happening on Twitter for quite some time.

Other Conservatives have had thousands of followers mysteriously vanish with no logical explanation, a practice which is still happening all over the place..

And, as Former President Trump once alluded to, Twitter was definitely Pro-Hillary during the 2016 Campaign.

What gets me, is while Trump HAD a Twitter Feed, “Bots” and wild-eyed vulgar Liberals were allowed to spam Trump’s Twitter feed, making it almost impossible for average Americans to comment on it.

Why, it was almost like these clowns were getting paid to damage the President. (/sarc)

Trump was a master of using Twitter to reach out directly to the American people to get his point across unfiltered by the biased Main Stream Media.

He also took delight in “trolling” the Main Stream Media and their masters, the Democratic Party, through its use.

The vast majority of Americans own cellphones…and have been on Twitter.

For years now, I have referred to the intolerant political ideology of Modern American Liberals, such as the Democrat Politicians on Capitol Hill and Jack Dorsey and his minions at Twitter, as “The New Fascism” because of their intolerance toward traditional Americans Faith and Values and their lack of respect for our Constitution and our American System of Law and Order.

What we saw, regarding the Rigged Election and the inaction by Congress in response to it and the silencing of Conservative voices in Social Media, was a result of an amalgamation of the political philosophies of the special interest groups who have replaced average Americans as the Democrats’ Voting Base leading to a push toward changing America into a Marxist Nation.

Hate, envy, and control are the “pillars of faith” in Marxism in all of its forms, fascism, and, of course, Islam.

Ladies and gentlemen, I firmly believe that America is in the middle of fighting a new war against fascism which has now grown so radical as to reach the Biblical Book of Revelation levels.

If this effort by the “New Bolsheviks” is allowed to go unchecked, it will not be our Brightest and Best who will die on this field of battle, but rather, it will be our Constitutional Freedoms and our form of government, including our System of Checks and Balances, which will die ignoble death, pierced by the arrows of the “New Fascism”, going under the non de plumes of “socialism” and “political correctness”.

All of this unethical political behavior by the Far Left Democrats is reminiscent of both the Russian Revolution and Hitler and his Brown Shirts’ “Beer Hall Putsch” which probably should have been expected, given the “New Bolsheviks” track record of Liberal Intolerance and aversion to opposing viewpoints.

Just as my Daddy did when he landed on Normandy Beach on June 6, 1944 with thousands of other brave young American men, we must look this “New Fascism” straight in the face and say, “NO MORE!”

And now, Former President Donald J. Trump is about to stand up for US and take the fight to THEM..