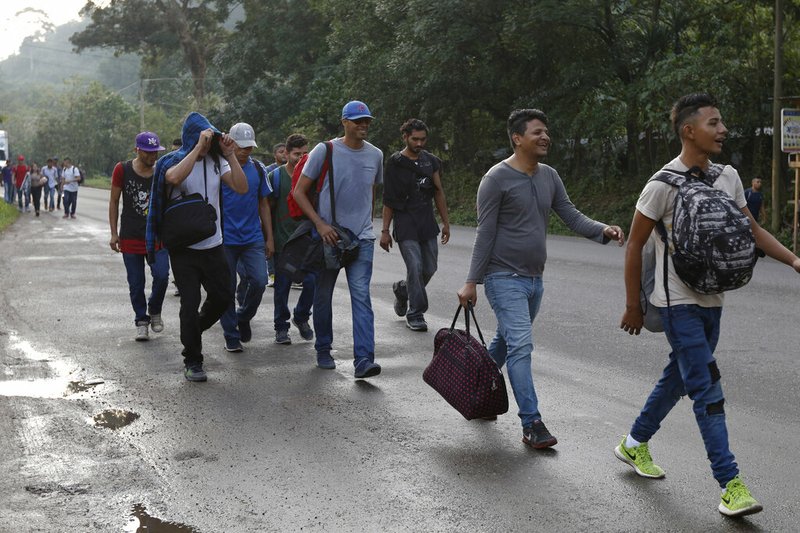 One of the most hilarious explanations for border crisis from Biden admin right now is “pent-up demand.” In other words, Trump policies were working. Idiots. – Charlie Hurt, Twitter, 3/15/21

U.S. Border Patrol agents assigned to the Rio Grande City station on Saturday encountered two large groups of illegal immigrants crossing into the United States, in a possible sign of a deepening crisis at the border.

CBP agents first responded to a report of a “large group” of illegal immigrants near Las Lomas, Texas – about five miles southeast of Rio Grande City, according to U.S. Customs Border and Protection.

The agents apprehended 134 illegal immigrants – 128 of whom were identified as family members. The agents determined the individuals were from Honduras, El Salvador, Guatemala, and Nicaragua.

The majority of individuals in the second group were also from Central America, but 17 were identified as Romanian nationals. Seven UACs were traveling among the group, CBP said.

A CBP official told Fox News that the individuals are still being processed.

“Even with the spread of the COVID-19 virus, human smugglers continue to try these brazen attempts with zero regard for the lives they endanger nor to the health of the citizens of our great nation,” CBP said in a statement. “The U.S. Border Patrol agents of the Rio Grande Valley Sector will continue to safeguard the nation and community against these criminal elements.”

The back-to-back migrant groups come amid a recent influx of migrants at the southern border – something that the Biden administration has refused to label a “crisis.”

White House press secretary Jen Psaki told reporters Monday that the Biden administration recognizes “this is a big problem,” but she blamed the issue on former President Donald Trump.

“The last administration left us a dismantled and unworkable system and, like any other problem, we are going to do all we can to solve it,” she said.

Asked if the Biden administration has a handle on the unprecedented amount of migrants arriving at the U.S. southern border, Psaki said “we certainly do.”

Why would they want to solve it?

These are new Democrat Voters making their way to the “Promise Land”.

As the article above noted, the overwhelming majority of this latest bunch of illegal immigrants are coming from Central America.

Gentle readers, do remember when all of these “migrants” began arriving from Central America?

It was the spring and summer of 2014 under the benevolent reign of King Barack The first, when 50,000-100,000 unaccompanied minors made the long arduous journey from Central America across Mexico to our Southern border, where they were graciously welcomed to our Sovereign Nation by President Obama.

Even though a significant number of these “unaccompanied minors” were found to be carrying measles and other childhood diseases which our country had all but eradicated, they were spirited away on military transport planes to bases around the country and were later dispersed among our general population.

It is already known that big Democrat Party Donors such as George Soros and Tom Steyer were providing monetary support to the Migrant Caravans which began showing up at our Southern Border during the Trump Administration.

With the Globalist Democrats now in charge of the White House and Capitol Hill, I would not be surprised if the United Nations is contributing a little “spending cash” to the “migrants” for their long journey to el Norte.

This whole mess keeps getting deeper and deeper, doesn’t it?

The only “New World Order” I’ve ever thought was real was the professional wrestling one which featured Hollywood Hulk Hogan, Kevin Nash, and Scott Hall, back in the days of WCW.

What we are witnessing are Progressives both within and outside our Sovereign Nation attempting to radically change America through the use of “migrant caravans” in an attempt to take advantage of America’s benevolence and largess.

This is indeed “Biden’s Border Crisis”.

However, his Handlers do not view this as a “Crisis”.

They view this as a “Political Strategy”.