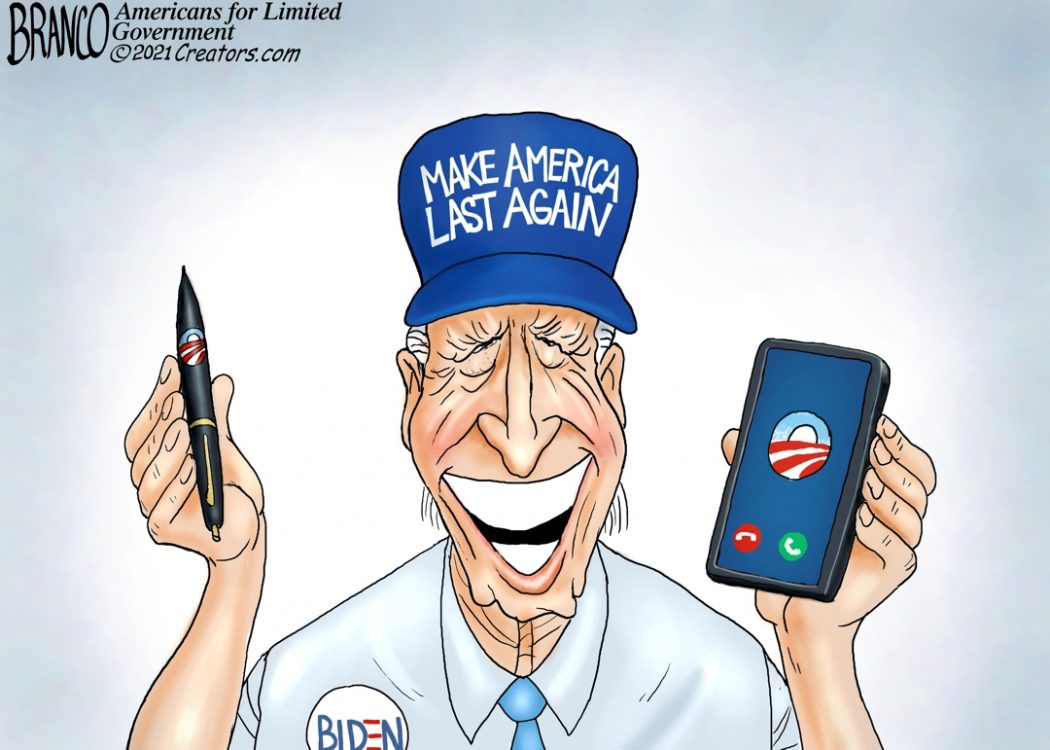 Whoops: Biden forgets the name of the Pentagon, as well as the name of his secretary of Defense, Lloyd Austin pic.twitter.com/ZtcgHLBIAO

President Joe Biden will make his first prime-time television address Thursday, exactly one year after the coronavirus pandemic shut down most of the nation. It will be his first major address since Inauguration Day.

More than 525,000 Americans have died from COVID-19, though 30 million people are fully vaccinated, with millions more expected to be inoculated by this summer.

“The President will deliver his first prime-time address to commemorate the one-year anniversary of the COVID-19 shutdown on Thursday. He will discuss the many sacrifices the American people have made over the last year and the grave loss communities and families across the country have suffered,” White House press secretary Jen Psaki said at Monday’s briefing.

Psaki said Biden looks forward to “highlighting the role that Americans will play in beating the virus and moving the country toward getting back to normal.”

Biden has pushed back several major firsts for a president, in part due to the pandemic. He has not held a formal press briefing, and has not scheduled a date for his first joint session address to Congress, though NBC News last week reported that the latter likely would be pushed to April.

“Our hope is to be able to do it in the well of the House,” an official told NBC News. “But there are a lot of factors that go into determining whether we’re able to.”

Former President Donald Trump played a significant role in the development of a COVID vaccine with Operation Warp Speed, a program created by his administration to incentivize pharmaceutical companies to create a vaccine in record time.

Biden has sought to speed up delivery of the vaccine, pledging 150 million COVID vaccinations in his first 100 days.

The president’s TV address is expected to come after he signs the $1.9 trillion COVID stimulus package, which passed the Senate on Saturday.

The World Health Organization declared the coronavirus a pandemic on March 11, 2020. Trump declared a national emergency in the U.S. on March 13, 2020, essentially shutting down the economy for nearly a year.

Boys and girls, do you know why they made that announcement yesterday?

The so-called “COvid-19 Stimulus Bill should be ready for Biden to sign on Thursday morning.

That way, he can brag on how he has rescued Americans in their moment of need, even though he has had nothing to do with the vaccination roll-out, which began under President Trump.

And, the other reason that he will address the nation on Thursday is the fact that it will take the White House three days to tape the address and to edit it to make Joe Biden intelligible.

President Biden on Monday seemed to forget Defense Secretary Lloyd Austin’s name at a White House event — calling the Pentagon chief “the guy who runs that outfit over there.”

Biden was announcing the nomination of two female generals to lead US military combatant commands.

“And I want to thank the sec — the, the, ah former general. I keep calling him general, but my, my — the guy who runs that outfit over there,” Biden said.

“I want to make sure we thank the secretary for all he’s done to try to implement what we just talked about. And for recommending these two women for promotion.”

Earlier at the event, Biden mentioned the Defense Department leader by his name, “Secretary Austin,” while appearing to read from a teleprompter.

Biden, 78, has previously struggled with the names of his cabinet secretary selections. In December, he mispronounced the name of his nominee for the Department of Health and Human Services, Xavier Becerra, before correcting himself with a different mispronunciation.

“Dr.” Jill Biden and the Democrat Elite are doing their best to cover up Biden’s deteriorating health as he continues to lose his battle with dementia.

However, every time they allow him to appear before the cameras, they are taking a chance that he will have a “Senior Moment” and spoil their charade.

Average Americans living here in the Heartland have been cognizant of Joe’s condition for quite a while now.

His handlers all but shouted it from the rooftops when they had him campaign from his basement.

Then, when they absolutely HAD to allow him to appear in public, his metal collapse was there for the cameras to record and for the few Democrats who attended his campaign speeches to witness live.

Joe Biden has no business being the Leader of the Free World, electorally or mentally.

That is why our enemies, like Iran and North Korea, are becoming bold enough to start causing trouble…again.

They neither respect nor fear the Democrat Puppet in the White House.