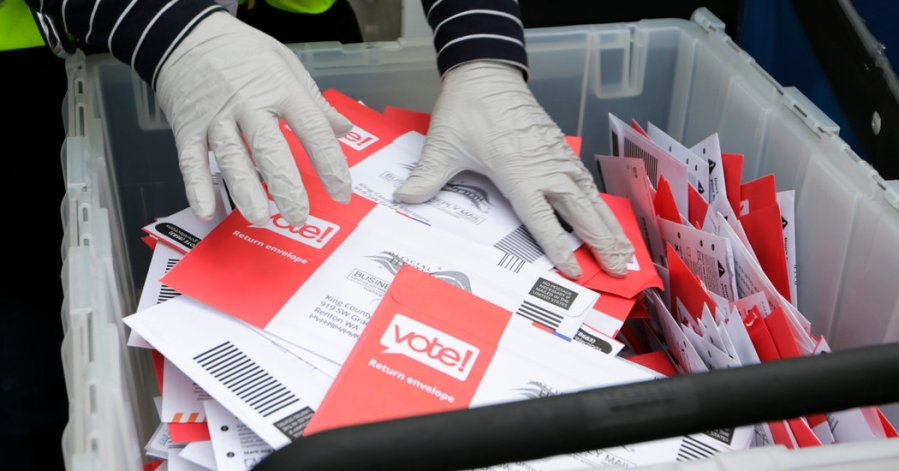 A manufacturer of electronic voting systems tied to billionaire George Soros has reportedly been caught lying about its connection to Dominion Voting Systems.

According to a Sunday report, foreign-owned Smartmatic licensed voting technology from the controversial company. Smartmatic once owned Sequoia Voting Systems, but divested from its U.S. holdings following a 2007 court ruling with Dominion purchasing the company in 2010.

While Smartmatic has denied any continued ties, a recently resurfaced 2015 interview with chairman Mark Malloch Brown shows this was far from the truth. Smartmatic continued to license Dominion technology. Brown has sat on the boards of several Soros’ organizations.

“The fact is, yes, a part of our technology is licensed from Dominion, but you tell me a large technology company which isn’t using in part licenses from other companies” stated the chairman. “And we have a license for the international use of that particular piece of the technology that we employ.”

So, who is Lord Mark Malloch-Brown?

Mark Malloch‐Brown has been engaged widely in government, international organizations, business, and civil society during his career. In addition to his role at the Eurasia Group, he currently serves on several commercial public boards and on the advisory boards of two private equity funds. He also serves on external advisory committees to the managing director of the IMF and to the executive director of UNICEF.

Mark served as deputy secretary‐general and earlier as chief of staff of the UN under Kofi Annan. For six years before that, he was administrator of the UN Development Programme, leading the UN’s development efforts around the world. He was later minister of state in the UK foreign office, covering Africa and Asia, and sat in former prime minister Gordon Brown’s cabinet. Other positions have included vice chairman of George Soros’s investment funds, as well as his Open Society Institute, where he remains on the board. Mark has also served as a vice president at the World Bank, the lead international partner in a political consulting firm, and as vice chairman of the World Economic Forum. He began his career as a journalist at The Economist and subsequently ran refugee assistance programs around the world.

Mark also currently chairs or is on the board of several nonprofit boards including at the International Crisis Group, the UN Foundation, and BRAC. He formerly chaired the Business Commission on Sustainable Development and the Royal Africa Society and was on the board of Save the Children International. Mark is the author of “The Unfinished Global Revolution: The Limits of Nations and the Pursuit of a New Politics.”

According to an article titled “How TIME’s Bremmer Got Duterte Wrong” posted on ForeignPolicyJournal.org on May 24, 2018…

In early May, Time magazine released the feature story, “The Strongmen Era,” by Ian Bremmer, the venerable president of Eurasia Group. The cover featured the photos of Russian President Putin, Hungarian Prime Minister Urban, Turkey’s President Erdogan, and Philippines President Duterte. It was a promotional piece for Bremmer’s new book on globalization. As Duterte rejected the term “strongman,” Bremmer penned a new attack.

Bremmer’s arguments are neither original nor deep. What makes them different is that the Eurasia Group is very close—too close, say critics—to U.S. economic, political and intelligence power, including the famed military-industrial complex, along with his role as Time’s editor-at-large and global affairs columnist.

…the Eurasia Group is linked with Soros through Lord Malloch-Brown, the controversial chairman behind the election technology Smartmatic—which has caused political debacles around the world, including the Philippines—who has served as vice-chairman of Soros Fund Management and the Open Society Institute. Since 2016, Lord Malloch-Brown—who has been a longstanding advisor of the Aquinos and the Liberal Party—also became Senior Advisor of the Eurasia Group.

…Specializing in the former Soviet Union, Bremmer got his PhD in Stanford in 1994. The young policy wizard proved influential in think-tanks that work with, for and by the US government, multinationals and Wall Street. He founded Eurasia Group in the late ‘90s when the US pioneer of geopolitics Zbigniew Brzezinski used to warn that American hegemony can only survive if the US can dominate Eurasia and deter future rivals—such as Russia and China.

As the National Security Agency (NSA) intensified efforts to shape US foreign policy in the early 2000s, along with the State Department and Pentagon, its leaders listened to Bremmer about oil, natural gas, terrorism and Iraqi reconstruction. The Group’s CEO is Robert Johnston, an energy specialist, who used to serve in UBS and Enron. Its head of research David Gordon has served in the highest posts of the CIA and the State Department. Evan Medeiros was recruited in fall 2015 to head the Group’s Asia branch. As Obama’s top advisor on the Asia Pacific, he was responsible for coordinating US policy toward Asia, including “modernizing” key alliances, such as the US-Philippines 10-year defense agreement.

There is nothing wrong about hiring the “best and the brightest.” But a revolving door between the government and the private sector comes with huge moral hazards. If the two are not kept in arm’s length, collusion becomes viable and political risk consultancies operating in the private sector risk morphing into arms of the government. That’s precisely the kind of “statism”—centralized state control—that Bremmer purports to oppose.

By now, I am sure that you are saying “Okay, KJ. What is your point?”

I have been writing for several years about the Puppet Master, George Soros, and his desire to devalue countries’ economic systems and to turn them into Fascist Marxist states.

I have also written about how he uses his “non-profit” organizations to gain money, power, and “foot soldiers”, leading to political power.

And, I have written as to how he is a driving force in the globalization of individual countries and turning them into subservient states.

Over the last four years, President Trump has governed as a Chief Executive who places America’s interests and well-being above every other country, a view which Joe Biden and his fellow members of the Democrat Elite do not share.

Trump has been the only impediment to Soros and his fellow travelers turning America into a Democratic Socialist Servant of the United Nations, like Former President Obama attempted to.

What better way to accomplish this than by using the Dominion Voting machines, which were rigged to secure Venezuela as a Socialist Nation, to propel dementia-riddled Joe Biden into a presidency where he would only be a figurehead?

With the Deep State ties mentioned in the article above, it would be very feasible to coordinate and set into motion, as investigators are discovering.

You know, boys and girls, I used to chuckle when I read what I thought were outlandish stories about the “Rothchilds” and the “Illuminati”.

After living through the last four years and doing this research, I’m no longer laughing.

Our Sovereign Nation is at stake.