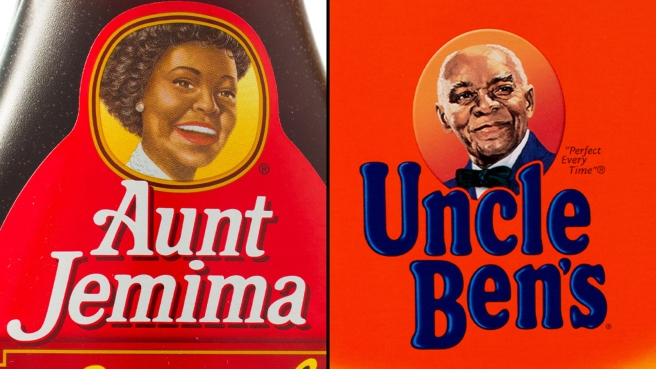 How does renaming a syrup brand make any progress toward “racial equality?”

Amid the cultural shift following the death of George Floyd, Aunt Jemima is the latest longtime icon to be canceled due to the racist depiction that stemmed from mascot’s creation. After 131 years, Quaker Oats announced her presence in grocery stores is coming to an end.

“We recognize Aunt Jemima’s origins are based on a racial stereotype,” Kristin Kroepfl, vice president and chief marketing officer of Quaker Foods North America, said in a statement obtained by FOX Business. “As we work to make progress toward racial equality through several initiatives, we also must take a hard look at our portfolio of brands and ensure they reflect our values and meet our consumers’ expectations.”

However, roughly eight hours before the announcement, The Onion tweeted about the controversial mascot and jokingly reported about Quaker Oats’ plans for her replacement.

The article, which was published on Friday, details how Aunt Jemima was being replaced with “Sheila,” who is “an African American woman who wears a suit, carries a briefcase, and isn’t an aunt per se, though she is godmother to the child of a dear friend she met as an undergraduate at Dartmouth College.”

“Our new mascot is based on several real-life black women who are lawyers and eat pancakes some mornings when they aren’t too busy litigating on behalf of the disadvantaged,” a fictitious statement from Quaker Oats said. “While Sheila does enjoy our extended line of breakfast foods, that is only one small facet of her rich and complex identity as a human being: Sheila also speaks fluent Italian, likes U2, is bisexual, and enjoys cross-country skiing.”

In the Onion piece, Quaker Oats jokingly stressed that Sheila “never serves the pancakes herself” but occasionally “goes to a diner near the courthouse where waitresses and waiters of a variety of races serve them to her.”

The Onion also “reported” that Mars. Inc announced its plans to replace its own mascot, Uncle Ben, with a “black engineering graduate student.”

Following the announcement about Aunt Jemima, Mars. Inc did, in fact, announce plans to phase out the Uncle Ben’s brand, saying “We know we have a responsibility to take a stand in helping to put an end to racial bias and injustices.

“Racism has no place in society. We stand in solidarity with the Black community, our Associates and our partners in the fight for social justice. We know to make the systemic change needed, it’s going to take a collective effort rom all of us — individuals, communities and organizations of all sizes around the world,” the company said.

This makes no sense to me whatsoever.

These products have been in American households of all races for decades.

In fact, Aunt Jemima actually was a “real person”…and made personal appearances!

Chris L. Rutt and Charles G. Underwood purchased the Pearl Milling Company in 1889, and came up with the novel idea of creating a ready-mixed pancake flour. Rutt named it for a catchy tune called ‘Aunt Jemima’ which he had recently heard in a vaudeville show.

Rutt and Underwood went broke in 1890, and sold the formula for Aunt Jemima Pancake Mix to the R.T. Davis Milling Company. Davis looked for a woman to represent the product, and hired an African American woman named Nancy Green (Nov 17, 1834 – September 23, 1923) from Chicago, Illinois.

At the 1893 Colombian Exposition in Chicago, Davis made an all-out effort to promote the new pancake mix, and built the world’s largest flour barrel. ‘Aunt Jemima’ (Nancy Green) demonstrated how to use the new mix, and the exhibit was so popular, police had to control the crowds at the Aunt Jemima booth. Nancy Green was awarded a medal and proclaimed ‘Pancake Queen’ by the Fair officials. Soon signed to a lifetime contract by Davis, Green was a hit all across the country, as she toured demonstrating the new Aunt Jemima Pancake Mix, and by 1910 it was available nationally.

She played the part of Aunt Jemima until her death on September 24, 1923 (she died in a car accident).

Aunt Jemima Mills were purchased in 1925 by the Quaker Oats Company of Chicago.

“She was one of the first African-American missionary workers. She used her stature as a spokesperson to become a leading advocate against poverty and in favor of equal rights,” for all people — all people — in Chicago. So by erasing her now and removing her image from the syrup bottle, the Quaker Oats company has cow towed to the flaming leftists and black activists who say that the image is based on racial bias. And it might, because of all the other sensitivities that have been raised, it might offend people now.” – Rush Limbaugh, 6/17/20

Susan Green was one of America’s first Black Millionaires!

Was Uncle Ben a real person?

In the 1910s, the German-British scientist Eric(h) Huzenlaub (1899–1964) invented a form of parboiling designed to retain more of the nutrients in rice, now known as the Huzenlaub Process. It involves first vacuum drying of the whole grain, then steaming, and finally vacuum drying and husking. Besides increasing rice’s nutritional value[citation needed], it also made it resistant to weevils and reduced cooking time.

In 1942, Huzenlaub partnered with a Houston food broker, Gordon L. Harwell, forming Converted Rice, Inc., which sold its entire output to the U.S. Armed Forces.[2] In 1944, with additional financing from the Defense Plant Corporation and an investment by Forrest Mars, Sr., it built a second large plant. Not long afterwards, Mars bought out the founders and merged the company into his Food Manufacturers, Inc..

Uncle Ben’s products carry the image of an elderly African-American man dressed in a bow tie, said to have been the visage of a Chicago maitre d’hotel named Frank Brown. According to Mars, Uncle Ben was an African-American rice grower known for the quality of his rice. Gordon L. Harwell, an entrepreneur who had supplied rice to the armed forces in World War II, chose the name Uncle Ben’s as a means to expand his marketing efforts to the general public.

In March 2007, Uncle Ben’s image was “promoted” to the “chairman of the board” by a new advertising campaign designed to distance the brand from its iconography depicting a domestic servant.

You know, I thought that the Liberals had lost their mind when HBO Max pulled its copy of “Gone With the Wind” off their Shelves.

I guess to them being seen as “virtuous” is more important than giving this generation a chance to watch Hattie McDaniel, the first black American ever to win an Academy Award, in her scene-stealing performance.

It like the out-of control censorship during the Third Reich has been reborn. Only this time, it is not book burning happening, it is Revisionist History through the toppling and defacing of statues and monuments and now, the pulling of traditional food items which all Americans have had in their homes at one time or another, because certain people deem them offensive.

The pulling of all of the “Dean Martin Roasts” Infomercials because celebrities dared to make fun of each other’s ethnicity and no one got offended?

Or the pulling down of statues of Jesus Christ and crosses because non-Christians are offended by the sight of them?

It is time to stop this out-of-control “Virtual Signaling” by the Liberals and those Americans who, for some reason, are afraid of them.

Despite what the Far Left is saying, this is not what our Founders intended.