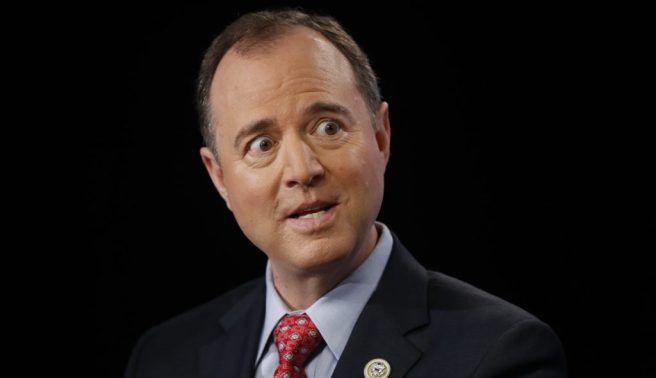 Adam Schiff released the phone records of the President’s personal attorney, a journalist, and a sitting Member of Congress.

Now he wants to create a commission to attack the Trump Administration’s #COVIDー19 response?

Give me a break. https://t.co/AD9hEjHqPe

Democratic Rep. Adam Schiff suggested the creation of a commission to examine the federal government’s response to the coronavirus pandemic that has sickened thousands of U.S. citizens.

“We will need to delay the work of the commission until the crisis has abated to ensure that it does not interfere with the agencies that are leading the response,” Schiff said in an email to the Washington Post. “But that should not prevent us from beginning to identify where we got it wrong and how we can be prepared for the next pandemic.”

The California congressman said the commission would draw members from both parties to get a solid sense of how the virus arrived in the United States and what measures the federal government can take to prepare itself if such a health crisis should happen again.

“After Pearl Harbor and 9/11, we looked at what went wrong to learn from our mistakes,” Schiff said. “Once we’ve recovered, we need a nonpartisan commission to review our response and how we can better prepare for the next pandemic.”

After Pearl Harbor and 9/11, we looked at what went wrong to learn from our mistakes.

Once we’ve recovered, we need a nonpartisan commission to review our response and how we can better prepare for the next pandemic.

Some prominent figures in business and media pundits have criticized the Centers For Disease Control and Prevention and other federal agencies for the way they handled the virus’s outbreak.

“They knew back in November [and] December that a bad thing was coming our way and they responded like a bureaucracy more interested in bureaucratic rules rather than mobilizing the private sector,” media mogul Steve Forbes said two weeks ago.

President Trump has said he saved lives by acting “early” and restricting travel to the U.S. from China by foreign nationals.

On Tuesday, Trump warned the public to be prepared for a ” very, very painful two weeks” ahead as the number of confirmed cases and deaths as a result of the virus increases.

Leading U.S. health officials say as many as 240,000 U.S. citizens could die before the pandemic is over.

Rep. Adam Schiff has a mind like a steel trap: rusty and unhinged.

Ever since Donald J. Trump became the President of the United States of America, Adam Schiff and his fellow members of the Democratic Elite in the House and Senate have been trying to remove him from office.

When Speaker of the House Pelosi gave in to the whining of Democratic House members like Schiff, Nadler, and the Squad and announced that there would be (secret) meetings to determine if there was enough evidence to impeach President Trump, she immediately chose Schiff as one of those who would be holding the meetings.

Adam “Ahab” Schiff was beside himself. He was finally going to get the National Spotlight which he felt that he so richly deserved.

However, all of his Impeachment Hearings, following by his sociopathic rants during the Impeachment “Trial” filled average Americans with a less-than-flattering opinion of “Ahab” Schiff which launched a thousand memes on Facebook. And, I must admit, some of them were downright hilarious.

After Trump was acquitted, all of the Democrats who suffer with TDS, including the WuFlu Weasel, Schiff, vowed to impeach the President again and again until they somehow removed him from office, undoing the 2016 vote of millions of average Americans and giving Democrats the chance to make America a Socialist Paradise.

So now…ol’ Shifty Schiff is attempting to gather enough evidence by floating another false premise.

I wish Adam “Ahab” Schiff and his roaring case of Trump Derangement Syndrome would imitate a baseball hit by the St. Louis Cardinals’ Mark “Big Mac” McGuire back in the day and be “GOING, GOING, GONE”!

The President has made some mistakes during this pandemic, but NOTHING impeachable.

The leadership exhibited by President Trump and Vice-President Pence and their Coronavirus Taskforce has been commendable.

Imagine if Hillary Clinton were President.

One thought on “WuFLu Weasel Rep. Adam “Ahab” Schiff Wants to Head A Commission to Investigate Trump’s Response to the Coronavirus Pandemic”