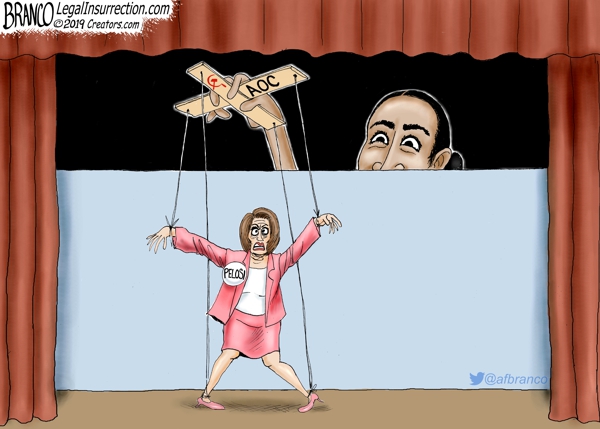 Democrats want to use your hard-earned tax dollars to bankroll their next campaign with H.R. 1. The campaign contribution match would force taxpayers to foot the bill for vicious attack ads, robocalls, and targeted ads on social media for candidates they don’t agree with. pic.twitter.com/WwzW1zRLSE

House Democrats are preparing to vote Friday on a sweeping ethics and campaign finance reform package known as the For the People Act, and in response the White House issued its second veto threat of the year on Tuesday, calling the proposal a reckless move that would increase opportunities for rampant voter fraud and chill free speech.

The bill, known as H.R. 1, purportedly aims to eliminate “culture of corruption in Washington” and to reduce the role of money in politics. It would make it easier for citizens to register and vote, tighten election security, and establish a small-donor public matching system in congressional elections.

In a direct shot at Trump, the bill would require presidents to release at least 10 years’ worth of tax returns. The bill also would ban executive-branch officials from lobbying their old agency for two years after they leave government, and reauthorize and enhance the Office of Government Ethics, which has clashed with Trump.

Additionally, the Act would require groups like the Chamber of Commerce that spend more than $10,000 on political messaging to disclose the identity of their contributors who gave more than $10,000 — prompting several business groups to raise concerns about their ability to communicate with politicians.

“The $10,000 donor threshold appears designed to target business organizations while largely sparing labor organizations from disclosure of their funding sources, which are typically union dues that are far less than $10,000,”  Neil Bradley, the executive vice president and chief policy officer at the U.S. Chamber of Commerce business lobbying group, told reporters on Tuesday.

Senate Majority Leader Mitch McConnell, R-Kentucky, has long pronounced the reform measure dead on arrival in the Senate, where it faces long odds. And the White House, which has already vowed to veto the ongoing effort by Congress to strike down his national emergency declaration over border wall funding, issued a statement Tuesday outlining the administration’s problems with the legislation.

“If H.R. 1 were presented to the President, his advisors would recommend he veto the bill,” the statement flatly concluded. Trump has not yet vetoed any legislation.

One of the measure’s most notable provisions would restore protections included in the 1965 Voting Rights Act and guard against efforts by state officials to purge voting rolls.

Rep. John Lewis, D-Ga., a veteran of the civil rights movement, called voting “the most powerful, non-violent instrument of transformation we have in our democracy,” and said efforts to make it easier to vote — not harder — were crucial. “I truly believe deep in my heart that the way votes were not counted and purged in Georgia and Florida and other states changed the outcome of the last election” to harm Democrats, Lewis said. “That must never happen again.”

However, the White House said it saw that provision as an invitation to voter fraud.

The White House statement continued: “Furthermore, H.R. 1 would enhance the powers of the Federal Election Commission (FEC) Chairman and reduce the number of FEC members from six to five, thus increasing the chances that the FEC becomes a partisan entity with undue power to shape and regulate elections nationwide.”

Other objections raised by the Trump administration centered on the bill’s advance of political redistricting mandates, as well as its possible effects on First Amendment rights.

…”The legislation would force States to create unelected bodies and then delegate redistricting decisions to them,” the White House’s statement said in response. “This would suppress the voices of our Nation’s citizens and cut off a nationwide debate on how best to pursue fair and ethical redistricting processes throughout the country.”

…”H.R. 1 also chills free speech by creating requirements that would limit the ability of Americans to participate in advocacy without undue compliance costs and without fear of public reprisals,” the White House countered. “The bill would establish costly and unnecessary programs to finance political campaigns, and force American taxpayers to finance Federal candidates they may not support.”

But Maryland Democratic Rep. John Sarbanes said Democrats were “responding directly to the American people and what they want to see in our democracy,” as shown by the election results in the 2018 midterms.

Calling the bill “transformative,” Sarbanes said in January it will “strengthen our democracy and return political power to the people by making it easier, not harder, to vote, ending the dominance of big money in our politics and ensuring that public officials actually serve the public.”

“You could stamp on this thing ‘McConnell-rejected,’ and it would immediately give it more credibility,” Sarbanes said. The legislation was not built for McConnell or any lawmaker, Sarbanes added: “This was built for the public.”

House Speaker Nancy Pelosi also touted the bill, saying it would “restore integrity to government, so that people can have confidence that government works for the public interest, not the special interests.”

On ethics, members of Congress would be barred from serving on corporate boards and could not use taxpayer dollars to settle employment discrimination cases. But the White House argued that those provisions would unnecessarily impede the work of the executive branch with burdensome regulations.

Sarbanes and other supporters said the election security measures are particularly important as the 2020 election nears.

Predicting “historic turnout” in upcoming elections, Sarbanes said officials must not only encourage increased participation, but guard against attempts at sabotage from foreign and domestic adversaries.

“If we’re not ready for that in all the ways [the legislation] seeks to ensure, then we could end up with a train wreck,” he said.

Having the House Democrats sponsor a “Financial Reform” and “Ethics” bill is like having Stormy McDaniel write a book endorsing chastity.

Nancy Pelosi and her husband are worth $22 million, thanks to “shrewd real estate investments in California.

Gee. I wonder where they received their “tips” from?

Freshman Representative Alexandria Ocasio-Cortez and her Saikat Chakrabarti, her chief of staff are presently being accused of violating campaign finance laws to the tune of almost $1,000,000.

Congresswomen Tlaib and Omar are spending their time in office attacking the faith of 75% of Americans who proclaim Jesus Christ as their Personal Savior.

Meanwhile, Pelosi and her convocation of “Pharisees” are apparently going to spend the next two years wasting American Taxpayers’ money trying to get the man who average Americans voted into office…out of office.

Also, if they are truly interested in “Ethical Behavior and Finance Reform” are they going to retroactively take away the money which Hillary Clinton and her husband’s Foundation made from all of those foreign governments who pay them money to curry favor with the then–Secretary of State?

I am always writing about how the Liberals in the Far Left Democratic Party believe themselves to be the smartest people in the room and above all the rest of us Americans.

However, the House Democrats have completely lost it.

This bill has the all of the sincerity of a book titled “The Michael Moore Diet Plan”.

If the House Dems do not wake up and smell what they are shoveling, like Captain Ahab in “Moby Dick”, the Great While Whale that they are obsessed with,President Donald J. Trump, is going to drag their hopes of regaining presidency down into a watery grave for several decades.

And, considering their present Marxist Political Ideology and severely impaired mental faculties, that would be a very good thing.