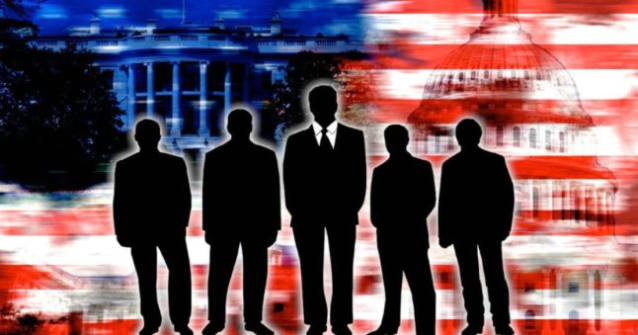 In the midst of all the players knowing they found nothing, they’ve got nothing, there was nothing to find — that they have been running a hoax, that they’ve been running a silent coup –the damage that they have done to this country in the past two years is immeasurable, and there needs to be a brand-new special counsel impaneled to investigate everybody from Mueller and everybody on his team, to McCabe, to Comey, to Strzok, to Bruce Ohr, to every one of these people all the way up to Fusion GPS, the Perkins Coie law firm, Hillary Clinton, the Democrat National Committee, all the way up to Brennan and Clapper and maybe even Obama, because that’s the root of this. – Rush Limbaugh, 2/14/19

House Judiciary Committee ranking member Doug Collins, R-Ga., said in a letter to the committee’s chairman, Democratic New York Rep. Jerry Nadler, that the two top officials should be asked to testify — and subpoenaed if they refuse to comply.

“Today, news broke confirming Americans’ worst fears about the highest-ranking leaders in the Department of Justice and the FBI,” Collins wrote. “In fact, we now know certain government officials plotted to investigate and undermine” the president.

Acting FBI Director Andrew McCabe sits with a folder marked “Secret” in front of him while testifying on Capitol Hill in Washington, Thursday, May 11, 2017, before the Senate Intelligence Committee hearing on major threats facing the U.S. (AP Photo/Jacquelyn Martin) (The Associated Press)

Collins also offered what he called a “non-partisan frame of reference,” urging his colleagues to “imagine if the situation were reversed and evidence showed DOJ and FBI contemplating the same actions against newly elected President Obama, including possible surveillance of President Obama and invoking the 25th Amendment against him.”

“Yeah, I would like to know what happened,” Graham told The Hill. “You’re having a conversation about whether or not you’re going to invoke the 25th Amendment. I imagine if the shoe were on the other foot, my Democratic colleagues would want to know about that conversation if it involved a Democrat.”

The 25th Amendment governs the succession protocol if the president dies, resigns or becomes temporarily or permanently incapacitated. While the amendment has been invoked six times since its ratification in 1967, the specific section of the amendment purportedly discussed by top DOJ officials — which involves the majority of all Cabinet officers and the vice president agreeing that the president is “unable” to perform his job — has never been invoked.

On Thursday, Pelley said McCabe described meetings at the Justice Department after former FBI Director Jim Comey’s firing, to discuss “whether the vice president and a majority of the Cabinet could be brought together to remove the president under the 25th Amendment.”

McCabe was fired last year for committing three violations of the bureau’s ethics code, investigative sources told Fox News. The violations initially were uncovered by the Justice Department’s Office of the Inspector General and confirmed by the FBI’s Office of Professional Responsibility. They included lack of candor under oath, lack of candor when not under oath, and the improper disclosure of nonpublic information to the media about the FBI investigation into the Clinton Foundation.

McCabe has denied the allegations and called his firing politically motivated.

Of course, the covert Deep State Operation to keep Donald J. Trump from becoming president and then to remove him after he was fairly and justly elected by the American people began under the auspices of the Administration of Former President Barack Hussein Obama (mm mmm mmmm).

Regarding the phony FISA Dossier, according to Heavy.com,

In an exclusive report, The Washington Post reported that the Hillary Clinton campaign and the Democratic National Committee allegedly “helped fund research that resulted in a now-famous dossier” that lobbed salacious allegations about President Donald Trump, Russia, and even so-called “golden showers” into the public debate. The firm behind the dossier, Fusion GPS, had steadfastly refused to release details of its funding sources.

Citing anonymous people familiar with the situation, The Post exclusive reported that “Marc E. Elias, a lawyer representing the Clinton campaign and the DNC, retained Fusion GPS, a Washington firm, to conduct the research. After that, Fusion GPS hired dossier author Christopher Steele, a former British intelligence officer with ties to the FBI and the U.S. intelligence community, according to the people. Elias and his law firm, Perkins Coie, retained the firm in April 2016 on behalf of the Clinton campaign and the DNC.”

This whole Democrat-supported “Lawfare” against Trump, resembles a spider’s web in its malevolent intricacy with its “alarm thread” leading directly back to the Obama and Hillary.

The incestuous nature of this covert operation resembles something out of a Tom Clancy Novel, only twice as large a conspiracy and three times as unbelievably dangerous.

This has been a well-planned “silent coup” designed to keep the Democratic Party in control of the Presidency and to further their goal of turning the United States of America into a Democratic Socialist Country, where the Politboro (Central Government) would prosper and us average Americans would spend our lives working for the glory of the State.

The election of a “Citizen Statesman” in the form of Donald J. Trump to the office of the Presidency ruined their plans.

That is why they are still attempting to overturn the results of a fair election.

: incitement of resistance to or insurrection against lawful authority

That being said, the intentional interference in the passage of Presidential Authority from one political party to another as the result of a fairly held election as prescribed by our Constitution can not be considered to be anything less. According to Federal Law, the punishment for Seditious Conspiracy is detailed as follows..

The Trump Administration and its specified duties regarding the operation of the Government of the United States of America and the oversight of the safety and welfare of its citizens are under attack by both members of a Former Presidential Administration and by members of our own Department of Justice.

I believe that it is time that the laws against interference with our fairly elected government be enforced against those who would sabotage their own country for the sake of their own egos, to assuage their hurt and anger from a lost Presidential Election, and to preserve a legacy of failure which average Americans did not wish to continue.

I also believe that simply calling McCade, Comey, et al, back in front of Congressional Committees will not accomplish anything.

I agree with Rush Limbaugh.

I believe that newly sworn in Attorney General Barr needs to convene a special Grand Jury to investigate and indict all of those former and present “public servants” who have engaged in this Seditious Conspiracy to subjugate the will of the American people and to overthrow our nation’s government from within.

Our Sovereign Nation must remain a Constitutional Republic in order to preserve our liberty.

Until He Comes,
KJ