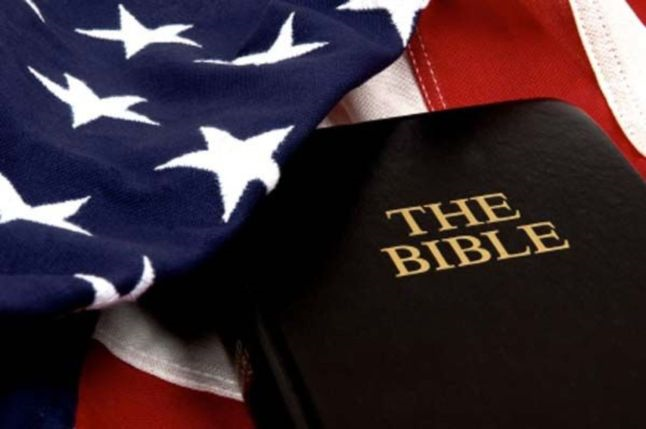 As caravans of unvetted and reportedly armed Central Americans make their way to our Southern Border to enter our Sovereign Nation by any means necessary, Daniel Darling, a Vice-President of the Ethics and Religious Liberty Commission of the Southern Baptist Convention has written the following admonition in an Opinion Piece for the Liberal Newspaper, The Washington Post…

As thousands of migrants from Central America travel in a large caravan by foot through Honduras and across Mexico’s southern border, many Americans are citing the words at the base of the Statue of Liberty: “Give me your tired, your poor, your huddled masses yearning to breathe free.”

But for American Christians, another text — Genesis 1:26, in the first book of the Bible — should shape this often vitriolic debate. We should remember that all human beings, including immigrants, were created in God’s image. Followers of Jesus should lead the conversation by recognizing the humanity of those who seek to enter our country and should reject language that assaults their dignity. And we should be the first to speak up for the stranger. After all, our story is a story of people on the move, from Genesis to Revelation. And we are, in a spiritual sense, not yet home.

In the first book of Peter, we are told we are “foreigners and exiles” on our way to that city “whose builder and maker is God,” from Hebrews 11.

Admittedly, the United States cannot take in all the world’s most vulnerable, and our elected officials have a responsibility, according to Romans 13, to keep us safe and to set reasonable limits. But surely the wealthiest and freest nation in the history of the world can, in a time of economic prosperity, take in more than we do?

Let’s remember that this debate is not, after all, happening in a vacuum, but during a time of such massive displacement of people, due to civil war, unrest and religious persecution. According to the United Nations, 65.8 million people were displaced at the end of 2017. Will those who have lost everything find, in American Christians, an open hand or a closed fist?

Ultimately public policy will be decided by our elected officials, but politicians respond to what they hear from their constituents.

What is required, at this moment, are leaders with the courage to reject the politics of fear and division, who are willing to work together to fix an immigration system everybody agrees is broken.

Young children are separated from their families and, at times, are tragically unaccounted for. Christian brothers and sisters fleeing persecution and terror are turned away. And our process for giving asylum seekers the chance to make the case that the United States should grant asylum is deeply flawed. Not only does this mean our nation fails to live up to its best ideals, but also that our nation is less safe. We should urge Congress to pass meaningful reform that balances security and compassion.

What gives me hope is that offline, out of the headlines, and in communities across the country, ordinary Christians are caring for refugees and immigrants in big and small ways. In my own community in Nashville, churches are reaching across denominational lines to provide job training, English classes and financial assistance to help ease assimilation into a new country.

Deciding immigration policy demands courage and wisdom from our leaders. But more importantly, it is an opportunity for the people of God to live out the gospel by seeing the face of God in the faces of the vulnerable.

Americans are the most compassionate people in the world.

Attached to the church I attend, is an independently-run Food Bank which feeds 2,000 people per month while assisting them in finding the state services that they need. It is manned by a volunteer staff of members from my church and other denominations in the community.

That being said, while we are told to be compassionate, we are also told to be “wise as serpents”.

While we are instructed in the Old Testament to “treat foreigners nicely”, there is no scripture in the Old or New Testament which instructs us to automatically make strangers citizens of our country. It is quite a stretch to use the Bible to make a case to “abolish all borders”. Although, I do not think that this is what Mr. Darling was saying.

However, getting back to the “wise as serpents” quote from earlier, I believe as a Christian that my faith in the Triune God does not require me to be naïve.

One would have to be a fool to intentionally bring in thousands of people into our “home” when there have already been dangerous criminals, including those with weapons meant to be used against us, found within their ranks.

The scripture from Romans 13 alluded to in Mr. Darling’s article instructs

“Let everyone be subject to the governing authorities, for there is no authority except that which God has established. The authorities that exist have been established by God. Consequently, whoever rebels against the authority is rebelling against what God has instituted, and those who do so will bring judgment on themselves. For rulers hold no terror for those who do right, but for those who do wrong. Do you want to be free from fear of the one in authority? Then do what is right and you will be commended.”

Of course, when a government has become morally illegitimate, then Romans 13 no longer applies.

Anne Frank found herself in this situation with Adolph Hitler’s Third Reich.

President Trump is NOT disobeying God by enforcing our immigration laws and protecting our Sovereignty and our citizenry. Those who are attempting to cross our borders illegally are the ones who are in the wrong here.

President Trump actually agrees with you, Mr. Darling. We have terrible immigration laws and we must change them.

…After we secure our Southern Border.