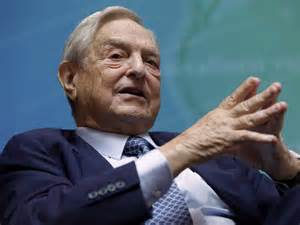 The story that I am about to relate to you is so frightening in its scope, that it were a movie, seen on “Fantastic Features”, a program hosted by your “Monster of Ceremonies”, “Sivad”, which those of us who grew up in Memphis used to watch late on Saturday Nights, when our parents let us stay up, it would be called “The Return of the Puppetmaster”.

While America’s political kingmakers inject their millions into high-profile presidential and congressional contests, Democratic mega-donor George Soros has directed his wealth into an under-the-radar 2016 campaign to advance one of the progressive movement’s core goals — reshaping the American justice system.

The billionaire financier has channeled more than $3 million into seven local district attorney campaigns in six states over the past year — a sum that exceeds the total spent on the 2016 presidential campaign by all but a handful of rival super-donors.

His money has supported African-American and Hispanic candidates for these powerful local roles, all of whom ran on platforms sharing major goals of Soros’, like reducing racial disparities in sentencing and directing some drug offenders to diversion programs instead of to trial. It is by far the most tangible action in a progressive push to find, prepare and finance criminal justice reform-oriented candidates for jobs that have been held by long-time incumbents and serve as pipelines to the federal courts — and it has inspired fury among opponents angry about the outside influence in local elections.

“The prosecutor exercises the greatest discretion and power in the system. It is so important,” said Andrea Dew Steele, the president of Emerge America, a candidate-training organization for Democratic women. “There’s been a confluence of events in the past couple years and all of the sudden, the progressive community is waking up to this.”

Soros has spent on district attorney campaigns in Florida, Illinois, Louisiana, Mississippi, New Mexico and Texas through a network of state-level super PACs and a national “527” unlimited-money group, each named a variation on “Safety and Justice.” (Soros has also funded a federal super PAC with the same name.) Each organization received most of its money directly from Soros, according to public state and federal financial records, though some groups also got donations from nonprofits like the Civic Participation Action Fund, which gave to the Safety and Justice group in Illinois.

The Florida Safety and Justice group just poured nearly $1.4 million — all of which came from Soros and his 527 group — into a previously low-budget Democratic primary for state attorney in Central Florida before Tuesday’s vote. The group is backing Aramis Ayala, a former public defender and prosecutor, in her campaign against incumbent Jeff Ashton, whose jurisdiction covers over 1.6 million people across two counties in metro Orlando.

One TV ad from Florida Safety and Justice boosts Ayala, touting her “plan to remove bias so defendants charged with the same crime receive the same treatment, no matter their background or race.” The Soros-funded group is also attacking Ashton with ads saying he “got rid of protections that helped ensure equal treatment regardless of background or race. … Take two similar traffic incidents that happened on the same night. A white man got off with a slap on the wrist, while the black man faces prison.”

Opponents of Soros’ favored candidates have laced into the billionaire, saying that his influence has wildly tipped the scales of local elections and even charging that he made residents less safe.

“As a candidate and citizen of Caddo Parish, if an outsider was that interested in the race, I wanted to know exactly what he had in mind for the criminal justice system if he were to win,” said Dhu Thompson, a Louisiana attorney who lost a district attorney race to a Soros-backed candidate, James Stewart, in 2015. Soros gave over $930,000 — more than 22 times the local median household income — to the group boosting Stewart.

“I know some of his troubling opinions on social issues, especially the criminal justice system,” Thompson said. “I’ve never known him as an individual who was very strong on some of our crime and punishment issues. I felt it was very detrimental to the safety of Caddo Parish, and that’s why I took such a strong stand against him.”

A Soros representative declined to comment on his involvement in the D.A. races.

As anybody who has paid any attention to American Politics in the last couple of decades knows, George Soros has played the role of the “Evil Puppetmaster” behind the scenes for quite a while now.

MoveOn.org was formed in 1998 as a supposedly “bipartisan e-mail group” in order to send a petition to Congress to “move on” past the planned  impeachment of President Clinton. It rose to national prominence for its strong disapproval of the 2003 invasion of Iraq.

Now, in 2016, after funding the election of the worst United States President in History, Barack Hussein Obama (mm mmm mmmm), the “Evil Puppetmaster” is financing the racist movement known as Black Lives Matter, which has joined with MoveOn.org, in an effort to violate the First Amendment Rights of Donald J. Trump and to prevent him from becoming President of the United States of America.

It is through this “philanthropic activity” that Soros is funding the current “civil unrest”, the seeds of which were planted in Ferguson, Missouri.

So, why is the “Evil Puppetmaster” not only pouring so much money into the Black Lives Matter and “Shout Trump Down” Movements, but into local elections across America, as well?

Soros is merely protecting his investment.

Per the Chicago Tribune,

Over the past few years, Soros’ charities have given between $1.5 million and $6 million to the Clinton Foundation. Soros’s biggest contribution this year is a total of $7 million to Priorities USA, the main super-PAC supporting Clinton. Another $1 million went to American Bridge, an opposition-research group. And last week, he announced he was putting $5 million into a new super-PAC known as Immigrant Voters Win. The group is part of a coordinated $15 million voter-turnout effort, first reported in the New York Times, that is targeting Latinos and immigrants in Colorado, Nevada and Florida.

As I have previously written, I firmly believe that America is now fighting a new war against fascism.

It’s not a war that is being fought fought with guns and bullets, But instead with state referendums, Congressional votes, Executive Orders, judicial activism, and FAR Left-sponsored and organized Political Activists.

And, it’s not our Brightest and Best who are dying on this field of battle, but rather, it is our Constitutional Freedoms which are dying an ignoble death, pierced by the arrows of socialism and political correctness.

Soros is attempting to “radically change” our nation into pale shadow resembling the fascism that was the Third Reich.

Just as they did, by controlling what happens in towns and municipalities, Soros’ operatives keep local officials goose-stepping right in line with Soros’ “National Investments” and their  Marxist/Alinsky-ite Political Goals.

Dissension will not be tolerated.

Whether you like him or not, Donald J. Trump has the same Constitutional right to speak his mind, as any citizen of the United States of America.

For these Soros-funded, fascist “New Bolsheviks”, to attempt to forcibly invade and shut down all of Trump’s Political Rallies, time and tie again, is an exercise in intimidation that has not been seen since the days of the Russian Revolution and Germany’s National Sociality Party.

And, for Soros to be attempting to “buy” local elections as well, is an exercise in Machiavellian Political Control that has not been seen since the Beer Hall Putsch.

Of course, do not attempt to tell a Modern American Liberal that.

After all, it’s not Fascism when they do it.