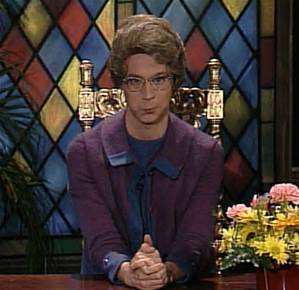 In our Sovereign Nation, 75% of Americans still proclaim Jesus Christ as their Personal Savior.

What role will Christian Americans play during this Election Cycle?

The Reverend Franklin Graham recently stated that Christians need to vote come November and that might include having to choose “the least heathen of the two.”

In an interview with CBN in Denver earlier this week, Rev. Graham stressed the importance of evangelical Christians being involved in the electoral process, saying “I don’t care who wins and who’s out there, you have to vote.”

Graham’s comments came as he continued his travels across the country to speak on behalf of his Decision America Tour.

“I want to challenge Christians to boldly live out their faith and to pray for our nation and its leaders. I want to encourage Christians to get out and vote, and to cast their ballots for candidates who uphold biblical principles,” stated Graham last April.

“I want to strongly urge Christians to run for public office at every level — local, state, and federal. We will not be endorsing any political candidates, but I will be proclaiming the truth of God’s Gospel in every state.”

Graham’s tour is taking place during a heated primary season of controversial statements, actions, and even legal battles.

Donald Trump, the Republican frontrunner, has been criticized for his inflammatory rhetoric and for the violence that happens at his campaign rallies.

Hillary Clinton, the Democratic frontrunner, is weathering issues surrounding the private email server she had while Secretary of State and may face an indictment as a result.

On Facebook, Graham commented about these developments during the campaign season, believing it to be evidence that America needs a “Godly revolution” to heal its “broken” situation.

“This past week we saw violent protests at political rallies. One candidate is under investigation by the FBI. Another candidate says we need a political revolution. What America needs is a Godly revolution,” wrote Graham.

“Our nation is broken — politically, spiritually, and morally — and our only hope is Almighty God. Let’s take a stand together and pray for God to intervene in this country, to forgive us, and to give us another chance.”

This article attracted my eye, simply because, as the subtitle on my blog states, I am a “Christian American Conservative”.

However, during this Republican Primary Season, I have been called everything but “a Child of God”, simply because I have written factual posts about Donald J. Trump and have stated that, if and when he becomes the Republican Party’s Nominee, I will pencil in the bubble beside his name, as my choice to fill the Office of President of the United States of America.

According to some people, you are not truly a Christian, if you are willing to make that choice.

However, I beg to differ, and I stand with the Reverend Franklin Graham on this issue.

I do not believe that Jesus would be a part of the Social Justice Movement, which is so popular among Liberal Churches, today. His was and is a soul-saving movement. One that still brings hundreds of thousand of people to individual salvation on this terrestrial ball every day. A movement that, in fact, was embraced by the founders of this cherished land.

That being said, Rev. Graham, in the article, spoke of “a left movement within the evangelical community that are telling people, ‘If so-and-so wins or this person wins don’t vote.’ ” Rev. Graham went on to add, “I’m just saying, I don’t care who wins and who’s out there, you have to vote.”

When Mitt Romney was the Republican Candidate for President in 2012, a lot of Americans stayed home, rather than vote for Romney.

That may have helped those individuals feel better about themselves, but it also helped to bring them and their fellow citizens four more years of economic suffering under the Presidency of Barack Hussein Obama (mm mmm mmmm).

I had somebody tell me yesterday, that they would “pray for me” to make the “right” choice, in the upcoming Presidential Election.

While the prayers of others are always appreciated, that hit me as if it was “The Church Lady” saying,

That’s an old Southern insult, in case you didn’t know.

While Christians, in church and outside of it, represent the corporate Body of Christ, according to scripture, we each possess the gifts of Free Will and Discernment.

These gifts are used by each of us on a daily basis, including aiding in our decision to support a Presidential Candidate in the Election of 2016.

Unlike Liberals and Marxists (but, I may be repeating myself), we do not vote as a collective, nor should we.

There are no Saints running as candidates, on either side, during this Primary Season. Just men and a woman…a very mean woman.

Each of us must decide for ourselves, as Rev. Graham said, which “heathen” we will vote for.

Since the “Shot Heard ‘Round The World” was fired on April 18, 1775, this country has been built by Christian Americans making individual choices.

My perceived support of Donald J. Trump, through the articles that I write, is my inidivual choice, made through a detailed study of facts and with a heart-felt reverence toward this Sacred Land and the One who brought our Forefathers here.

So…can you vote for Donald J. Trump and still be a Christian?

Your Salvation is not determined by your vote…but, by God’s Grace.

So, this November, get out there and vote!

A Charge to Keep We Have.

One thought on “Can You Vote For Donald J. Trump and Still Be a Christian? Are You Kiddin’ Me?”