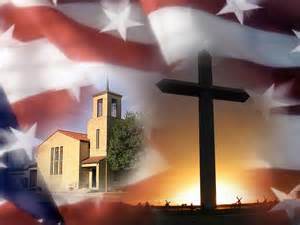 Last night, some folks from my church, myself and my bride included, went to a friend’s house, and gave out hot dogs, chili dogs, water, apple cider, coffee, tea, kool-aid, and, of course, candy, to over 120 trick-or-treaters and their parents.

We also gave out a card, which simply said, “Jesus Loves Me”, which we had cut out and written ourselves, and, then,  hand-decorated with Christian Symbols.

That little action, which touched so many lives last night, was a part of our Constitutional Rights as American Citizens.

Could the right to spread the Gospel of Jesus Christ, one day, be taken completely away from Christian Americans?

Are we headed in that direction, as I write this Blog?

The Rev. Billy Graham has issued a written warning to America’s churches: “Prepare for persecution.”

The renowned preacher and founder of the Billy Graham Evangelistic Association penned a commentary that was posted on his website last week and is slated to appear in the November edition of Decision magazine.

In the magazine, Graham notes that the American church has been largely unfamiliar with persecution, writing that this “immunity to persecution that Christians in our country have experienced in the past two or three centuries is unusual.”

“Since we have experienced little religious persecution in this country, it is likely that under pressure many would deny Christ. Those who shout the loudest about their faith may surrender soonest.”

Graham went on to list “five ways to fortify yourself so that you will be able to stand in that day.” These included making sure of one’s relationship to God, walking with God, regularly reading Scripture, praying always, and meditating on Christ.

“Today our nation ranks as the greatest power on the face of the Earth. But if we put our trust in armed might instead of Almighty God, the coming conflict could conceivably go against us,” continued Graham.

“History and the Bible indicate that mechanical and material might are insufficient in times of great crisis.”

For many years, some — especially in socially conservative circles — have argued that the United States is gradually marginalizing Christians.

They point to things like the censorship of manger scenes and Ten Commandments displays on government property and an inherent growth of secularism in media.

In recent years, Graham’s son, the Rev. Franklin Graham, has become an outspoken critic of what he believes to be growing hostility toward Christians in America.

Earlier in October, Franklin Graham wrote a Facebook post in which he viewed the shooting at Umpqua Community College in Roseburg, Oregon, as an example.

“The bold souls at Umpqua Community College who stood up to say they were followers of Jesus Christ were heinously gunned down with no mercy. Jesus said, ‘If they hate you, remember they hated me before they hated you,’ (John 15:18).”

When I step away from the other issues of the day, to write these articles about “The War Against Christianity” in our country, I catch a lot of flack from Liberals on the Internet, who insist that this “war” is just a figment of this ol’ white cracka’s imagination.

And then, something like the massacre of Christians at Umpqua Community College happens, and their skills of observation become reminiscent of the Statue of the Three Monkeys:

Hear no evil, See No Evil, Speak No Evil.

Even President Barack Hussein Obama refused to acknowledged that the gunman was targeting Christians.

That’s because in Modern American Society, Christians, even though we still comprise 70-75% of the population, are supposed to sit idly by and watch our country literally go to Hell in a handbasket.

Modern American Liberals, in a desperate attempt to rewrite the Holy Scriptures, attempt to ascribe a Failed Modern Politcal Ideology to Him that was created by a man, 1,8000 years after Christ sacrificed Himself for OUR sins on the Old Rugged Cross.

This lame, erroneous argument of the Political Left, that the Son of God was a Socialist simply doesn’t fly.

Christine Rousselle, writing for thecollegeconservative.com, made the following astute observation…

While stumbling upon Facebook, I came across the following image:

The image is obviously in reference to the Biblical miracle of Jesus described in Matthew 14:13-21, Mark 6:31-44, Luke 9:10-17 and John 6:5-15 of feeding a large crowd using only five loaves of bread and two fish. While this feat may be impressive, it is not, as this image implies, socialism.

Let’s take a gander at the definition of socialism:

So•cial•ism (noun) \ˈsō-shə-ˌli-zəm\
1. Any of various economic and political theories advocating collective or governmental ownership and administration of the means of production and distribution of goods
The key words in the definition of the term that completely negate any idea of Christ being a socialist are “governmental ownership.” Jesus, while being the Son of God and the King of the Jews, was not the government. People did not pay taxes to Jesus, for instance. Jesus may have had his own group of followers, but he was neither the head of any state nor the leader of any form of government. The prefect of Judea at the time of Christ’s life was Pontius Pilate, not Christ himself.

Furthermore, as the image suggests, the act of simply providing food for everyone in the crowd is not “socialism,” for a variety of reasons. First and foremost, the bread and fishes collected from the crowd were donated voluntarily, not taken by force from the people via governmental order. Taxes, on the other hand, are not voluntary.

…Jesus performing a miracle was not an act of the government and therefore cannot be an act of socialism, even if the result of the miracle bears a resemblance in passing to the goals of a socialized state. Jesus may have healed various people for “free,” but this cannot be considered “socialized medicine.” In actuality, the act was the effective use of a private charity (Jesus himself), the polar opposite of socialism.

In a perfectly socialized state, the government would provide for the needs of the people, whether it is healthcare, food, schooling, etc. There would be collective ownership of everything. Jesus did not advocate this. On the contrary, the Bible advocates strong individual charity and charity via the church—not the government forcibly collecting large sums of taxes and confiscating private property in order to aid the poor. Had a socialized government been the one distributing the five loaves and two fishes to the crowd that day, it is certainly plausible that many people would have gone home hungry.

Jesus Christ was many things, but he definitely was not a socialist.

Christ led and continues to lead us to repentance and PERSONAL SALVATION.

He did not work for the Government, nor did he SAVE THE COLLECTIVE.

So, why is God’s Church being persecuted?

Because strong Christian men and women remain the backbone of a successful society, raising their children in the way in which they should go: to be reverent, respectful, compassionate, caring,

…and doing what needs to be done…to help our fellow man…to the Glory and Edification of God…not the glory of the State.

God’s Children stand in the way of things.

Now, where did I hear something like that before? Oh, yeah…

The only thing necessary for the triumph of evil is for good men to do nothing. – Edmund Burke

One thought on “The War Against Christianity: Billy Graham Predicts Persecution of the Church. Has It Started Already?”