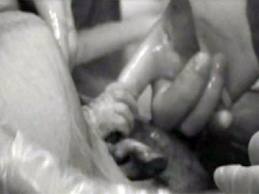 Live as people who are free, not using your freedom as a cover-up for evil, but living as servants of God. – 1 Peter 2:16 ESV

Today, the Supreme Court of the United States is scheduled to announce their ruling on the issue of whether Hobby Lobby, a Christian-owned Business, should be able to refuse to provide abortifacients to his employees, defying the Administration’s State-Run Healthcare System, Obamacare, because killing babies is against their faith.

Hobby Lobby already provides insurance coverage for 16 other forms of birth control, including pills that prevent ovulation. But they contend their religious freedom rights would be violated if they are required to cover four specific forms of birth control — implanted devices such as intrauterine devices (known as IUDs), a contraceptive rod implanted in a woman’s arm, and two forms of emergency contraception commonly called “morning after pills”, also known as “abortiafacients”.

Yes, I said killing babies earlier…because life begins at the moment of conception, and an abortion stops a beating heart.

There is no way around that.

However, I realize that referring to the act of abortion as “killing a baby” makes pro-abortion advocates lose their feeble minds.

They have spent years and years trying to convince the gullible among us, that it is not really a human being growing inside the mothers womb. And, even if it is, it is a punishment or, at least, that’s what the President of the United States referred to an unwanted baby as.

So, it is not surprising that this case has gone all the way to the Supreme Court. President Obama and his Department of Justice are fighting for the right to allow women to kill their babies in the womb… it is as simple as that.

You see, boys and girls, there are options for unwed mothers. For instance, there’s this wonderful thing called adoption, through which a woman who does not want to be a single mother, can give her unwanted baby to a couple who will love and cherish that human life, and raise it in the way in which it should go.

Have you ever thought about why the Obama administration does not focus on that option, but instead advocates for the disposal of human life?

There is a simple and chilling explanation: Couples who want to adopt are responsible, loving people, who are less likely to run to Uncle Sugar for help in raising their child.

While women who seek abortions, tend to be of a lower economic strata, and a more government- dependent lifestyle.

Like the purpose for passing the  national nightmare known as Obamacare, it all boils down to State Control of the populace.

In a State-Controlled Nation, there will be, by necessity, no room for Religious Freedom. For in a state-controlled nation, the Central Government itself is god.

Read this excerpt from a paper by the Marxist Leader, Vladimir Lenin, titled “Socialism and Religion”…and shiver:

So far as the party of the socialist proletariat is concerned, religion is not a private affair. Our Party is an association of class-conscious, advanced fighters for the emancipation of the working class. Such an association cannot and must not be indifferent to lack of class-consciousness, ignorance or obscurantism in the shape of religious beliefs. We demand complete disestablishment of the Church so as to be able to combat the religious fog with purely ideological and solely ideological weapons, by means of our press and by word of mouth. But we founded our association, the Russian Social-Democratic Labor Party, precisely for such a struggle against every religious bamboozling of the workers. And to us the ideological struggle is not a private affair, but the affair of the whole Party, of the whole proletariat.

By attempting to force Christian businesses, hospitals, and schools to observe the Contraception Mandate in Obamacare, the Obama Administration and Congress, by virtue of their passing the bill that fateful night on Capitol Hill, are in violation of the First Amendment.

Congress shall make no law respecting an establishment of religion, or prohibiting the free exercise thereof; or abridging the freedom of speech, or of the press; or the right of the people peaceably to assemble, and to petition the Government for a redress of grievances. – Amendment I, The Constitution of the United States

Regarding a statement made by the Liberal Obama sycophants (but, I repeat myself) at the George Soros-funded website,  Think Progress,  back in December of 2012, that the owners of Hobby Lobby were trying to “force their religion” on their employees:

Seems to me, that it’s the Obama Administration attempting to force their secular socialist belief system on Hobby Lobby.

As an American Business Owner, they have the right to do business as they see fit, and , if they are in a “Right to Work” state, they can hire and fire whom they want to as well. It is way beyond the purpose and scope of government to tell Americans how they can practice their faith.

In the Message from John Adams to the Officers of the First Brigade of the Third Division of the Militia of Massachusetts, written on October 11, 1798, the Second President of these United States laid it out very plainly:

Our Constitution was made only for a moral and religious people. It is wholly inadequate to the government of any other.

Perhaps their own lack of these virtues is the reason that Obama and his minions do not seem to care that they are ignoring Our Constitution.

It is a bit of ironic hypocrisy that, the same people who claim to the “the smartest ones in the room”, and are now seeking to curtail OUR Constitutional Rights, “for our own good”, i.e., “the good of the collective”,  are those very same hippies, who, in the 60s and 70s, were whining and screaming to anyone who would listen, that their Constitutional Rights were being violated, when, like Obama himself, they were dragged, kicking and screaming, from their “sit-in” in the Dean’s Office.

KJ UPDATE: The Supreme Court has ruled, 5-4, that “Closely Held” Organizations are not mandated by law to provide contraceptives to their employees. The CONSTITUTION WINS. GOD IS IN CONTROL.