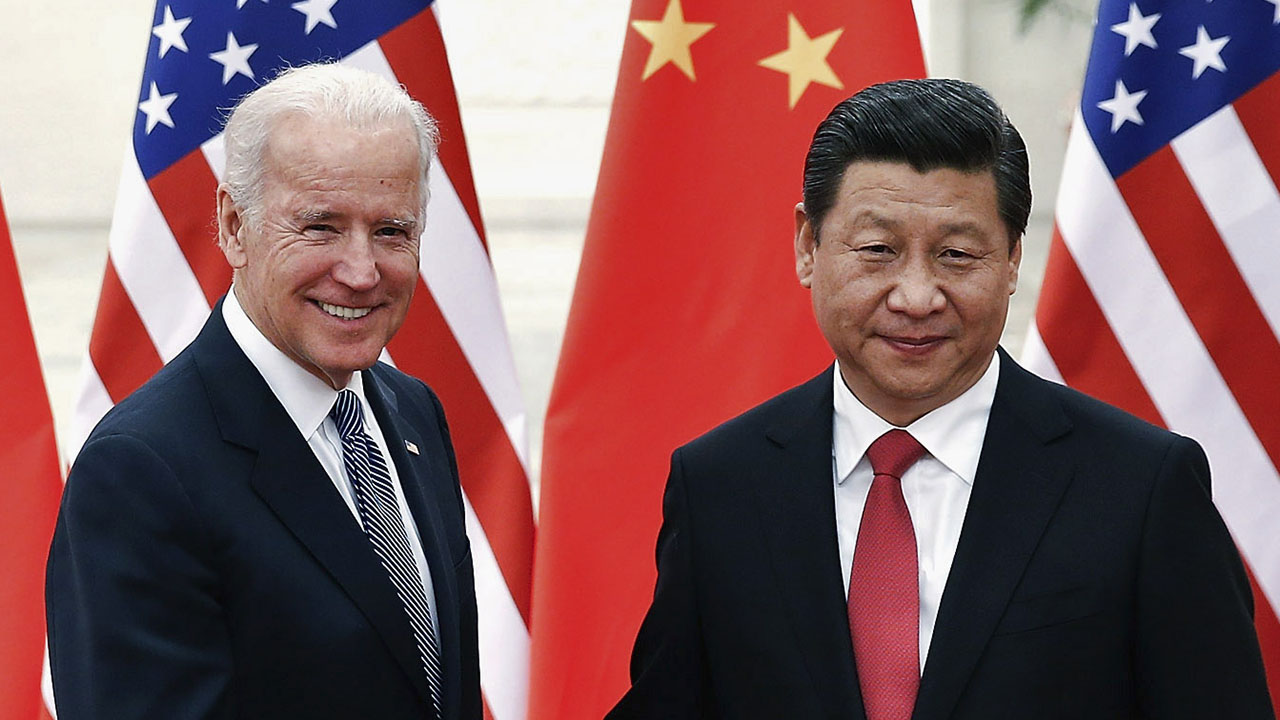 DOOCY: “CRIME?! My question was about Xi!”

White House press secretary Jen Psaki said Friday that she did not have “any updates” whether China’s President Xi is helping the Biden administration and American intelligence agencies track down the origins of COVID-19.

Last month, following a virtual meeting between Biden and Xi, Psaki did not deny that Biden failed to ask Xi for assistance and told Fox News White House correspondent Peter Doocy that Biden’s messaging was “clear” when it comes to determining the origins of COVID-19.

Asked then by Doocy whether Biden’s message “is clear to somebody who has a Zoom meeting with the president that that’s what he means if that’s not what he says,” Psaki claimed that America’s “national security officials have conveyed very clearly” and that she does not “think it’s a secret” that America is looking into the origins.

Doocy asked Friday whether Xi “has helped” and “been transparent.” Psaki responded, saying the Biden administration would appreciate support from Xi and China in discovering the origins of COVID-19, but that she does not “have any updates on the participation or willingness of the Chinese to add and provide additional data.”

Last month, ahead of the virtual summit meeting which did not produce any major breakthroughs, Xi referred to Biden as his “old friend.” In contrary to Xi’s remarks, Psaki said after the meeting that Biden “considers him someone he has known for some time” and someone he can “have candid relationships with.”

In October, the World Health Organization announced 26 proposed members to an advisory committee aimed to steer studies into the origin of the COVID-19 pandemic and other pathogens of epidemic potential.

Per WSJ.com, a number of Senators, including Ron Johnson and Dr. Rand Paul, sent  a letter last summer to Dr. Francis Collins, the head of the National Institute of Health. Here is an excerpt…

One of the notable NIH-funded studies that was already underway prior to the funding moratorium (in 2014) was Dr. Ralph Baric’s work on a “lab-made coronavirus related to SARS.” In this 2015 study, researchers reportedly created a chimeric virus “related to SARS [that] can infect human cells.” Dr. Zhengli-Li Shi, “China’s leading expert on bat viruses” from the Wuhan Institute of Virology, contributed to this research. An article noted that NIH allowed this study “to proceed while it was under review by the agency.” Baric reportedly added that “NIH eventually concluded that the work was not so risky as to fall under the [gain of function] moratorium.” It is unclear why NIH apparently concluded that this study was not “risky” enough to fall under the moratorium.

In addition to Baric’s apparent gain of function research in 2015, NIH and the National Institute of Allergy and Infectious Diseases (NIAID) also reportedly funded similar coronavirus research conducted by EcoHealth Alliance, which subcontracted with Shi. Because of Shi’s research and her connection to the Wuhan lab, Dr. Richard Ebright, a molecular biologist and infectious disease expert, stated, “[i]t is clear that the Wuhan Institute of Virology was systematically constructing novel chimeric coronaviruses and was assessing their ability to infect human cells and human-ACE2-expressing mice.” In fact, Dr. Peter Dasazk, the president of EcoHealth Alliance, spoke about changing coronaviruses in a lab. In an interview Dasazk stated, “Well I think . . . coronaviruses — you can manipulate them in the lab pretty easily.”

In December 2017, NIH lifted the funding pause and established a multi-disciplinary review process, known as the P3CO Framework, to ensure that federally funded gain of function experiments are “conducted responsibly.” It is unclear whether EcoHealth Alliance or any of its subcontractors was granted an exception to the moratorium or whether NIH reviewed those studies in connection with the P3CO Framework.

Of course, #ChinaJoe is not going to ask his “old friend” Xi to help research how the COVID-19 Pandemic started

The Washington Swamp helped to fund it!!!

The funding of research into bat viruses done by the Wuhan Institute, under the funding by the EcoHealth Alliance, lasted for over a decade.

Like a spider’s web of intrigue, they move in the shadows, spending our tax money on projects away from the eye of the public.

Projects like the Bat Virus Research done by the Wuhan Institute of Virology.

The entire COVID-19 Catastrophe and Washington’s behind-the-scenes machinations during it, which resulted in a nationwide lockdown and a “radical change to our American way of life, has been all about controlling average Americans to get them used to having their individual freedom taken away from them.

These revelations concerning the Washington Swamp’s involvement with the funding of COVID-19 are just the beginning of horrifying things which were done in the darkness by bureaucrats which are about to find themselves illuminated by the light of truth.