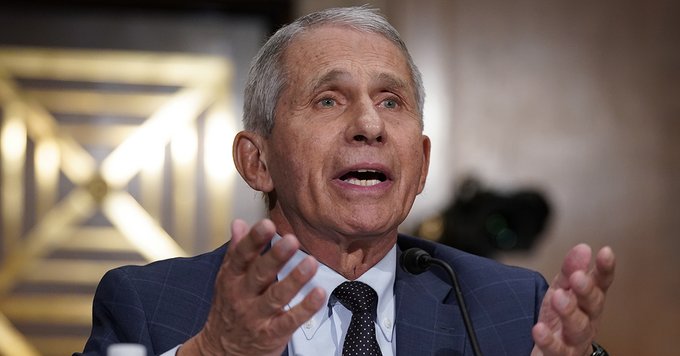 BAM!!! You did this! https://t.co/KIvpILreBk

Twitter users posted the hashtag calling out Fauci over reports that hundreds of thousands of taxpayer dollars were used to subject dogs to cruel testing before ultimately killing them.

Additionally, Fauci has been criticized after an NIH official appeared to confirm that taxpayers funded gain of function research on the coronavirus at a lab in Wuhan, China despite Fauci’s repeated claims that was not the case.

In July, Republican Sen. Rand Paul called for the Department of Justice to issue a criminal referral against Fauci for lying to Congress about gain of function research funded by the NIH.

“I will be sending a letter to Department of Justice asking for a criminal referral because he has lied to Congress. We have scientists that were lined up by the dozens to say that the research he was funding was gain-of-function,” the Kentucky Republican told Fox News’ Sean Hannity.

“He’s doing this because he has a self interest to cover his tracks and to cover his connection to Wuhan lab,” Paul continued.

Fauci’s NIH told Fox News this week that Fauci has been “entirely truthful” during his testimony on gain of function research.

The NIH is covering its backside.

The research into bat viruses done by the Wuhan Institute, sponsored under the funding by the EcoHealth Alliance, lasted for over a decade.

And now, we find out that the NIH has been performing cruel and inhumane experiments on Man’s Best Friend.

How could they be such unfeeling, uncaring monsters?

Like a spider’s web of intrigue, they move in the shadows, spending our tax money on projects away from the eye of the public…projects like the Bat Virus Research done by the Wuhan Institute of Virology and the University Center For Animal Experiment.

The entire COVID-19 Catastrophe and Washington’s behind-the-scenes machinations during it, which resulted in a nationwide lockdown and a “radical change” to our American way of life, has been all about controlling average Americans to get them used to having their individual freedom taken away from them.

These revelations concerning the Washington Swamp’s involvement and especially that of Dr. Anthony Fauci’s subterfuge concerning the funding of COVID-19 is just the beginning of horrifying things which were done in the darkness by bureaucrats which are about to find themselves illuminated by the light of truth.

Perhaps, just as they have done for centuries, Man’s Best Friend will lead us the object of our hunt.

In this case, it is THE TRUTH.