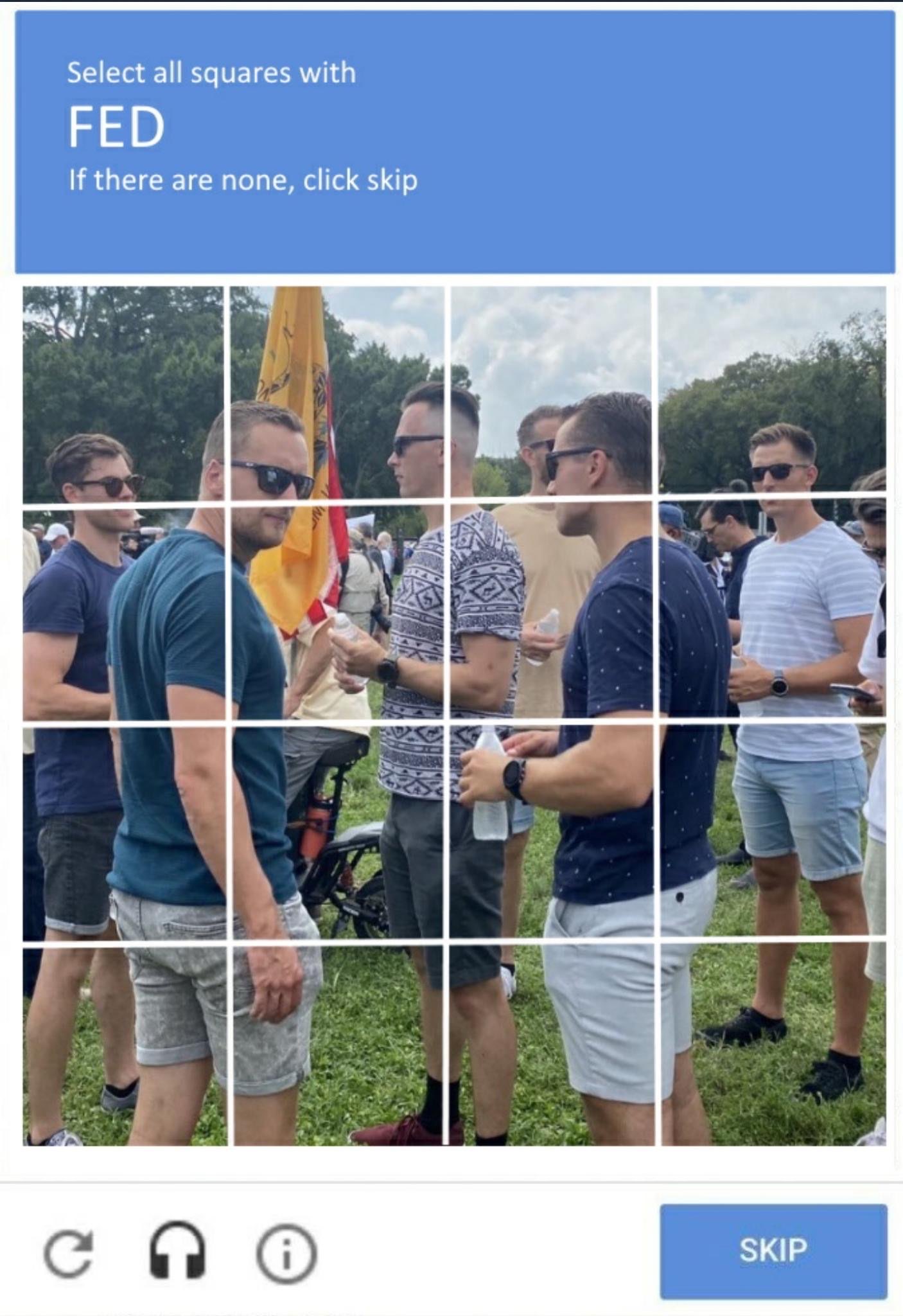 The FBI's big #JusticeforJ6 rally turned out to be a colossal flop.

In a city still on edge after the Jan. 6 insurrection, law enforcement bore down in large numbers on the Capitol on Saturday over concerns that a rally in support of the jailed rioters would turn violent. It didn’t.

The crowd was sparse and incidents were few. The only clear parallels to the riots more than eight months ago were the false claims put forth by the rally organizers about the violence that January day when Congress met to certify the election of Joe Biden.

Saturday’s rally turned out to draw more press and police than protesters.

The low turnout also called into question whether such rallies will have any staying power as the organizers attempt to tap into the rage of Jan. 6 without the presence of the former president. Turnout was so low that the media ended up having a larger presence than the protestors, which is an underwhelming number compared to what law enforcement thought originally.

Law enforcement had prepared for a confrontation by erecting temporary fencing around the Capitol and deploying heavy dump trucks to ring the rally site. Local police departments and the U.S. National Guard were on standby.

The security might have been unnecessary in the end, but the volatility around the lie that the 2020 election was stolen and the presence of extremists and white nationalist groups on Jan. 6 have made it impossible to predict how such events will go.

U.S. Capitol Police said they received intelligence information leading up to the weekend that was similar to what was missed in January, when law enforcement was only expecting a free speech protest and Trump supporters violently stormed the Capitol.

Republican lawmakers, including those who had voted that day to challenge Biden’s election, avoided Saturday’s rally. Rally organizer Matt Braynard took elected officials to task for not backing up those now in jail and introduced candidates who are running for elected office.

Counterprotesters stood by and jeered. Some held anti-Trump signs and one man who had confronted some of the pro-Trump protesters was quickly removed by police, who used bicycles to shield him from the crowd as they escorted him down the street.

One person was arrested in the crowd for carrying a knife and a second man was arrested after someone reported to officers that they saw him carrying what appeared to be a handgun, police said. Two other people who police say were wanted in Texas – for a firearms charge and probation violation – were also arrested after being pulled over near the Capitol Saturday morning.

Gentle Readers, would you like to hear the funny part of this story?

The fellow they grabbed for carrying a gun happened to be an Undercover Agent!

Can you say “backfire”?

The reason that there was a low turnout is the fact that it was an obvious trap laid out by the Democrat Elite.

They put back up the fence around the Capitol, complete with remote control surveillance cameras.

They can’t secure our Southern Border but they can secure where THEY work.

Undercover Operatives were all over the place, as shown in the meme above this post.

Although, if the FBI’s idea of “Undercover” is dressing like a bunch of Marines on leave at a country club pool party, it is a wonder that they catch any criminals at all.

The Democrat Elite are the most ignorant and arrogant bunch of professional politicians on God’s Green Earth.

There is a reason that Hillary Clinton called Conservative Trump Supporters “Deplorables”.

It was and is because the Democrat Elite are a bunch of snobs, like the ones who hung out at Bushwood Country Club in the Rodney Dangerfield classic movie “Caddyshack”.

They literally believed that average Americans, who might think about attending yesterday’s phony event would be too stupid to realize that it was all just a setup.

In this instance, not only did Patriotic Americas catch on to their duplicity, they used Twitter and other Social Media to warn others about it.

Former President Trump himself sent out a message telling everyone that it was a setup.

But then, I remembered that they thought that Americans would not catch on the fact that Biden is nothing more than a dementia-riddled old mannequin going through the movements of playing like he is the President while others are pulling his strings.

That being the case, the 2022 Midterms should be a Political Tsunami.