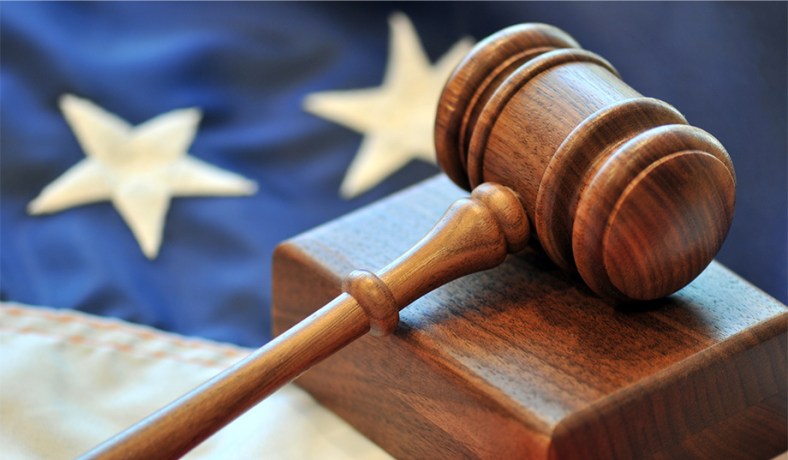 “President Roosevelt clearly had the right to send to the United States Senate and the United States Congress a proposal to pack the court. It was totally within his right to do that. He violated no law. He was legalistically, absolutely correct. “But it was a bonehead idea. It was a terrible, terrible mistake to make. And it put in question, if for an entire decade, the independence of the most-significant body … in this country, the Supreme Court of the United States of America.” – Senator Joe Biden, 1983

Democrats on Thursday expressed their displeasure with the Supreme Court’s final decisions of its 2020-2021 term, accusing the justices of doing “severe damage” to the political system and in some cases re-upping their calls to pack the court with liberal justices appointed by President Biden.

One decision was on a challenge to Arizona election laws, including a ban on ballot harvesting. The other was about a California law that required nonprofits to disclose their largest donors to the state government for law enforcement purposes.

The court upheld the Arizona laws – which liberals saw as voting rights restrictions and conservatives saw as election security measures – and struck down the California law on the grounds that it chilled free speech.

Biden weighed in on the Arizona decision in a statement that was remarkably critical of the Supreme Court for a sitting president.

“I am deeply disappointed in today’s decision by the United States Supreme Court that undercuts the Voting Rights Act,” Biden said. “In a span of just eight years, the Court has now done severe damage to two of the most important provisions of the Voting Rights Act of 1965 – a law that took years of struggle and strife to secure.”

House Speaker Nancy Pelosi, D-Calif., said the court’s decision in the Arizona case is part of an “unprecedented assault on voting rights” from the court before also tearing into the court over the California case.

“The decision in Americans for Prosperity further harms our democracy by allowing the suffocation of the airwaves caused by big dark special interest money,” Pelosi said. “This torrent of dark money silences the voices of voters and prevents passage of commonsense, bipartisan and popular legislation – from gun violence prevention to climate action to LGBTQ equality. It is fundamentally anti-democratic, and it cannot go unanswered.”

“Having to identify one’s own polling place and then travel there to vote does not exceed the ‘usual burdens of voting,'” Justice Samuel Alito wrote in his opinion upholding the Arizona laws.

“Our cases have said that disclosure requirements can chill association'[e]ven if there [is] no disclosure to the general public,” Chief Justice John Roberts wrote in the majority opinion for the California case. “While assurances of confidentiality may reduce the burden of disclosure to the State, they do not eliminate it.”

Some Democrats were even harsher in their responses to the court’s final rulings of its term, lashing with demands to pack the court. Sen. Ed Markey, D-Mass., responded specifically to the Arizona ruling, saying that the alleged reduction of voting rights stemming from the decision should necessitate adding Democrat-appointed justices.

“Today’s ruling is another blow to voting rights. We have no time to waste to protect the right to vote. We must abolish the filibuster and pass the For the People Act and John Lewis Voting Rights Act,” he said. “And we must expand the Supreme Court.”

“And still some people have the nerve to question whether Court expansion is necessary,” Rep. Mondaire Jones, D-N.Y., also said in response to the Thursday rulings.

Rep. Hank Johnson, D-Ga., also tweeted in support of expanding the court. And Sen. Bernie Sanders, I-Vt., who has resisted calls to pack the court in the past, said he is at least in favor of Democrats getting rid of the legislative filibuster to counteract the Supreme Court’s decision on the Arizona voting laws.

The Democrats desperately want to pack the court so that, like all fascist governments before them, they can rule with impunity.

For the last several decades, and especially during the Obama Administration, the Liberals of the Democratic Party  relied upon Judicial Activism to overturn the will of the American People and to “get their way” on matters of political and societal importance.

A big win for the Democrats was the Supreme court ruling allowing gays to get married.

It was taken to the courts by the Democrats after American Citizens voted not to allow gay marriage in their states. Liberal Judicial Activist Judges, some gay themselves, began striking down the referendums passed in individual states, finally leading to a ruling by the United States Supreme Court.

During the Trump Administration, Judicial Activists attempted to thwart some of the actions taken of behalf of the American People by our President, such as their attempts to stop the Travel Ban, designed to keep those who would seek to do Americans harm out of our Sovereign Nation.

According to Founding Father Alexander Hamilton, in the following Federalist Paper, Americans have nothing to fear from the Judiciary when they act alone. It’s when they act in concert with others, such as Liberal Politicians in Congress, that Americans need to be afraid.

Whoever attentively considers the different departments of power must perceive, that, in a government in which they are separated from each other, the judiciary, from the nature of its functions, will always be the least dangerous to the political rights of the Constitution; because it will be least in a capacity to annoy or injure them. The Executive not only dispenses the honors, but holds the sword of the community. The legislature not only commands the purse, but prescribes the rules by which the duties and rights of every citizen are to be regulated. The judiciary, on the contrary, has no influence over either the sword or the purse; no direction either of the strength or of the wealth of the society; and can take no active resolution whatever. It may truly be said to have neither FORCE nor WILL, but merely judgment; and must ultimately depend upon the aid of the executive arm even for the efficacy of its judgments.

As the 2022 Midterm Elections approach, we, as Americans, must remember that the Majority Party in both houses of Congress and the President are the ones who will shape our Judicial System for decades to come.

That is why we must get out and vote when the time comes.

However, what we can do right now, is let our Republican Representatives and Senators know that not only must they hold the line on keeping the Supreme Court just the way it is, they also must sway at the “Moderate” Democratic Representatives to vote with them.

If the Republicans do not prevent the Democrats from packing the Supreme Court, our Judiciary will change from one which interprets and enforces the Constitution to one which rewrites and ignores it, while ensuring that Democrats remain in power in Washington, D.C. forever.

This must not be allowed to happen.

We must, once again, rise up, speak out, and let the Democrat Elite know that we are not going to allow them to “radically change” our Sovereign Nation, like we did on November 8, 2016.

Our future as a Constitutional Republic depends on it.