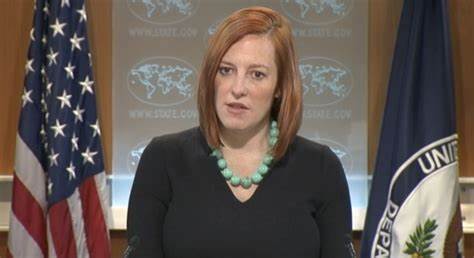 It is the night of September 13, 1814.  The British fleet are bombarding Fort McHenry in the harbor at Baltimore, Maryland. Francis Scott Key, a 34-year old lawyer-poet, is watching the attack from the deck of a British prisoner-exchange ship. Key had gone seeking the release of a friend. They were told that they had to remain aboard the vessel until the end of the attack. When the battle was over, the following morning, Key had his telescope on the fort and saw the American flag was still waving. The sight of the tattered Stars and Stripes was so moving that he pulled a letter from his pocket and began to write the poem. This poem eventually became the national anthem of the United States – “The Star Spangled Banner”.

Oh, say, can you see, by the dawn’s early light,
What so proudly we hailed at the twilight’s last gleaming?
Whose broad stripes and bright stars, thro’ the perilous fight’
O’er the ramparts we watched, were so gallantly streaming.
And the rockets red glare, the bombs bursting in air,
Gave proof through the night that our flag was still there.
Oh, say, does that star-spangled banner yet wave
O’er the land of the free and the home of the brave?

It does, sir. Regardless of  the actions of an ungrateful millionaires and the “America Last” Domestic Policy of a clueless President and his Administration.

During the Wednesday press briefing, Fox News’s Peter Doocy asked Psaki about the Biden administration’s stance on Cuban’s decision. While the press secretary acknowledged that President Joe Biden is “proud to be an American and has great respect for the anthem,” she also said he would support the Mavericks for calling out the frequent times when “we as a country haven’t lived up to our highest ideals.”

“He’d also say that, of course, that part of pride in our country means recognizing moments where we as a country haven’t lived up to our highest ideals, which is often, and at times what people are speaking to when they take action at sporting events,” Psaki said. “And it means respecting the right of people, granted to them in the Constitution to peacefully protest. That’s why he ran for president in the first place, and that’s what he’s focused on doing every day.”

Cuban’s decision to rescind the anthem was publicized earlier this week after some noticed the Mavericks, which are currently 11-14, refused to play the “Star-Spangled Banner” at any of their 13 pre-season or 12 regular-season games at the American Airlines Center. Mavericks employees who noticed the stealthy removal said they received no notice or explanation for Cuban’s decision to nix the patriotic song.

Later reports suggest the decision follows a trend by the NBA and other teams in the league to send a social justice message by ignoring or purposefully refusing to “stand and line up in a dignified posture along the foul lines during the playing of the American and/or Canadian national anthems,” as required in NBA policy. This rule was not enforced during the league’s Black Lives Matter campaigning last summer when players knelt during the anthem or even boycotted games after the shooting of Jacob Blake.

“Source close to Mark Cuban says decision to not play Anthem before Mavs games isn’t because they don’t love U.S., but because many feel anthem doesn’t represent them, and they want to continue discussion of how to represent people from all communities when honoring U.S. at game,” one sports writer reported.

Shortly after this story came out, the NBA said that all teams will play the National Anthem before games.

While this story was actually posted a couple of days ago, the sheer ingratitude and tone-deafness of the Biden Administration continues to blow my mind.

No country is perfect because countries are governed by human beings, which are fallen creatures.

However, the United States of America remains the country that everyone wants to come to, legally or otherwise.

Because for almost 250 years, this “Shining City Upon a Hill” has had a reputation as a land in which everyone could make their dreams a reality…if they were willing to work to achieve it.

Our economic system of capitalism has been the cause of millions of Americans achieving their dreams and providing for their families.

America is a country chiseled out of the wilderness by rugged individualists who wanted not only the freedom to prosper…but the freedom to worship as they pleased also.

America is a “Sweet Land of Liberty”.

And, Liberty is Freedom with responsibility.

The responsibility to provide for yourself and your family…and to protect our precious liberty if our country goes to war.

The Far Left Democrats could care less about the sacrifices made and the lives lost to secure the Sovereign Nation which is today’s America.

Because they are a bunch of “useful idiots” who want desperately to “share the wealth” and insult patriotism by calling it “nationalism” in order to “radically change” our proven economic system of capitalism into “Democratic Socialism”, a form of Marxism, a political theory which has never worked in any country in which it has been tried.

For several generations, Democrats have told the impoverished that “Uncle Sugar” will take care of their every need as long as they keep voting them into public office.

However, these same impoverished Americans found out during the Presidency of Donald J. Trump the rewards of a good job and hard work.

Boys and girls, the reason that the Biden Administration and the rest of the Far Left Democrats do not want Americans to respect the National Anthem is the fact that it reminds Americans of every good and just quality that this nation was founded upon and which kept us strong for almost 250 years.

It fills us with pride and gratitude that we live in the Greatest Country on the Face of the Earth.

Everything that the Far Left Democrats despise.

The Leader of the Russian Revolution, Vladimir Lenin, who brought Marxism to Russia, wrote

“Give me just one generation of youth, and I’ll transform the whole world.”

However, Lady Margaret Thatcher, a close friend of President Ronald Reagan, laid that falsehood to rest with the following quote…

“The problem with socialism is that you eventually run out of other people’s money.”

And, you know what?

I would much rather live in “the Land of the Free and the Home of the Brave” than under a failed political system where you can not even buy a decent roll of toilet paper.

2 thoughts on “Psaki: Biden Supports Cuban Not Playing the National Anthem Before Games Because “of the Times We as a Country Haven’t Lived Up to Our Highest Ideals””