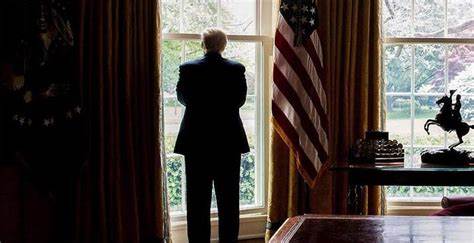 Normally I would agree, but there are at least six states, 140 members of the HOUSE, and 8 US Senators that believe the overwhelming evidence of voter/election fraud. As a result, Joe Biden wrongfully became president. I cannot blame President Trump. https://t.co/IBKgkFof7c

Except for Abraham Lincoln’s assassination, the vicious “assault” aimed at President Donald Trump is the worst in American history on a man holding the top office.

During a Fox Business News interview with Pastor Robert Jeffress on Friday, Dobbs referred to Trump’s enemies and opponents as “the corrupt forces within our government who worked against him for more than four years.”

“It is the most vile, venomous assault ever conducted against a president in our country’s history, short of the assassination of Abraham Lincoln,” Dobbs said in a video of the interview on his Twitter account.

“This is a nation that can’t heal, that cannot come together until we understand the truth and the reality of what we have witnessed over the course of the past four years of this man’s presidency.”

Jeffress, from the First Baptist Church in Dallas, Texas, has been an outspoken supporter of Trump. He told Dobbs that the Democrats were attacking Trump’s loyalists, not just the president.

“That’s an attempt to shame people like you and me who strongly support this president into repenting our support of him,” Jeffress said. “Well, I’ll guaran-dang-tee you I’m not repenting of anything. Certainly, not my support of this great president.

“I told [Trump] this week I believe he is the greatest president of my lifetime and he will go down as the most pro-life, pro-religious liberty president in American history. And nothing anyone says can change that.”

Dobbs said Trump compiled an “extraordinary legacy,” especially when one considers the challenges he has faced since 2016 campaign.

“He accomplished more than any president in the first year, first three years, of his term,” Dobbs said. “His four years are remarkable in achievement, all the more so because of the naked, corrupt opposition of the Radical Left and the Deep State.”

Lou Dobbs and Pastor Jeffress are both spot on.

In my 62 years of life, I have never seen a President relentlessly attacked by the opposition party the way the President Donald J. Trump was.

Heck, they started before he and Melania came down that escalator to announce his candidacy.

That is how much they feared the man.

Even the Chinese releasing a worldwide plague in the form of a coronavirus couldn’t stop him. It merely slowed him down.

The economy was beginning to come back before the election.

If you consider the enormity of the political attacks which President Trump has had to endure over the last 5 years, it is simply amazing that he kept his hand on the captain’s wheel of the Ship of State.

Even before he was a candidate, the Deep State, under the orders of President Barack Hussein Obama was spying on him.

He had to battle a snobbish Republican Elite to even make it to the primaries when he emerged victorious over a group of professional politicians.

He then had to battle the Vichy Republicans, the Democrats, and the Main Stream Media, who all would have rather the Queen of Mean, Hillary Clinton had won the Presidency.

Then, once he took the Oath of Office, all bets were off, as the Republican-led House and Speaker Paul Ryan , along with Mitch McConnell and the rest of the Vichy Republicans in the Senate fought him every step of the way,, including appointing a Special Counselor to investigate “Russian Collusion”, which was a false charge from the get-go, which eventually failed to prove anything.

Then, after the Democrats took back the House in 2018, Speaker Nancy Pelosi, Jerry Nadler, Adam Schiff, and the rest of the cast of idiots attempted a sham impeachment based on a “perfect” phone call to the President of Ukraine.

And, the final battle he had to face was a rigged election, which polls show that 76% of Americans admit was rigged.

So, after all of this, I do not blame him for not attending the Inauguration of old, demented “Sleepy” Joe Biden.

All those who participated in all of the illegal and Unconstitutional acts perpetrated against President Trump in the last five years should be ashamed.

However, they are all professional bureaucrats and politicians.

They have no shame.

2 thoughts on “Lou Dobbs: “It is the Most Vile, Venomous Assault on a President in Our Country’s History”, Short of Lincoln’s Assassination”