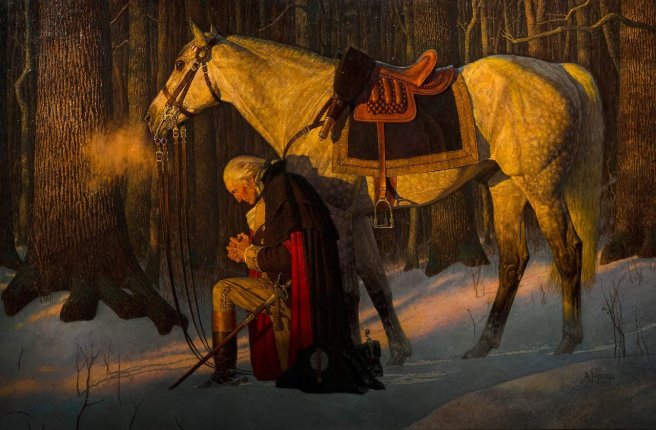 “This is not decay. This is organized destruction. Secularists & their allies have marshaled all the forces of mass communication, popular culture, the entertainment industry, & academia, in an unremitting assault on religion & traditional values.” – Attorney General William Barr

Only 65 percent of Americans now identify as Christian while those who identify as religiously unaffiliated swelled to 26 percent, a new study from the Pew Research Center says.

The new data, culled from telephone surveys conducted in 2018 and 2019, show a 12 percent decline in the number of Americans who identify as Christians when compared to the general population 10 years ago.

And the decline is visible across multiple demographics, particularly among young adults.

“The changes underway in the American religious landscape are broad-based. The Christian share of the population is down and religious ‘nones’ have grown across multiple demographic groups: white people, black people and Hispanics; men and women; in all regions of the country; and among college graduates and those with lower levels of educational attainment,” Pew researchers says.

“Religious ‘nones’ are growing faster among Democrats than Republicans, though their ranks are swelling in both partisan coalitions,” Pew adds. “And although the religiously unaffiliated are on the rise among younger people and most groups of older adults, their growth is most pronounced among young adults.”

“In 2009, regular worship attenders (those who attend religious services at least once or twice a month) outnumbered those who attend services only occasionally or not at all by a 52%-to-47% margin. Today those figures are reversed; more Americans now say they attend religious services a few times a year or less (54%) than say they attend at least monthly (45%),” researchers explain.

“Self-described atheists now account for 4% of U.S. adults, up modestly but significantly from 2% in 2009; agnostics make up 5% of U.S. adults, up from 3% a decade ago; and 17% of Americans now describe their religion as ‘nothing in particular,’ up from 12% in 2009. Members of non-Christian religions also have grown modestly as a share of the adult population,” Pew says.

The researchers collected their most recent data on the American religious landscape from random-digit-dial political polls encompassing 88 surveys from 2009 to 2019 that featured interviews with 168,890 Americans.

Respondents were asked questions about their age, race, educational attainment and other background characteristics. Each of the polls also included one basic question about religious identity such as: “What is your present religion, if any? Are you Protestant, Roman Catholic, Mormon, Orthodox such as Greek or Russian Orthodox, Jewish, Muslim, Buddhist, Hindu, atheist, agnostic, something else, or nothing in particular?”

Most of the polls also asked questions about religious attendance such as: “Aside from weddings and funerals, how often do you attend religious services? More than once a week, once a week, once or twice a month, a few times a year, seldom, or never?”

The results of the polls, Pew adds, show a wide gap between older Americans (Baby Boomers and members of the Silent Generation) and millennials in their levels of religious affiliation and attendance.

“More than eight-in-10 members of the Silent Generation (those born between 1928 and 1945) describe themselves as Christians (84%), as do three-quarters of Baby Boomers (76%). In stark contrast, only half of millennials (49%) describe themselves as Christians; four-in-10 are religious ‘nones,’ and one-in-10 millennials identify with non-Christian faiths,” Pew explains.

Before I launch in to this, let me let you know that, especially after the inaccuracies Americans have witnessed in the major polling companies before the 2016 Presidential Election on to the present day, I take all polling with a grain of salt.

A poll is only as good as its sampling ratio.

I am not really that surprised to see that this present generation is moving away from Christianity.

They have been programmed to from the moment they started kindergarten in public school.

Ever since Liberals took over America’s Education System, they have been constantly socially engineering America’s schoolchildren “in the way in which THEY believed that they should go”.

Remember when Hillary Clinton famously said, “It takes a village”?

She meant that “it takes a village” of people to indoctrinate a children to place a cradle-to-grave government and the relative morality and situational ethics of this world above the Triune God and the teachings found in His Word.

Give me just one generation of youth, and I’ll transform the whole world.

And, that it what has been happening in America for at least three decades.

It goes hand-in-hand with the decline of church attendance and the decline in Christianity (a number on the Pew Research Poll which may or may not be accurate).

As the influence of “Social Justice” and secularism grew in American schools and in day-to-day life, Americans became more and more obsessed with self-gratification and living for themselves.

Parents who were raised as Christians bought their children video game consoles instead of athletic equipment and parents began spending their Sundays hunting, fishing, and watching ballgames on TV, instead of going to be with fellow Christians in church.

Spiritual Leaders themselves, in order to attempt to reach this “unchurched” generation, slowly began moving away from preaching the parts of Biblical Scripture which required something from the listener and instead began preaching the false doctrine of sunshine, lollipops, and rainbows and “whatever makes you happy, do it!”.

Unfortunately, there are a lot of churches which no longer seem to be teaching about repentance of sin and salvation through the Grace of God.

Instead of just being IN the world, these churches have made the decision to be OF the world in order to “tickle the ears” of the millennials, with pop culture and social justice taking the place of spirit-filled worship.

And, if a church, a “church plant”, an “outpost”, a cathedral, or whatever the place of worship is called is not preaching God’s Word, then the Holy Spirit will not be there.

And, if the place of worship is not spirit-filled, then Christians will not come and they will not bring their families and friends and then, no one will have the opportunity to be led to Christ.

So, are we experiencing the “falling away” written about in 2 Thessalonians 2:3-4 and Revelation 19:20?

I do not know. I am not a prophet and only God knows when the Second Coming will occur.

However, I do know a couple of things:

And, to those attempting to rewrite God’s Holy Word…

God is not going to rewrite the Bible for your Generation. Stop trying to change scripture when it’s written to change YOU. – Anonymous

See you in church.

2 thoughts on “The War Against Christianity: Why is the Number of Americans Who Self-Identify as Christians Dropping and Church Attendance Down?”