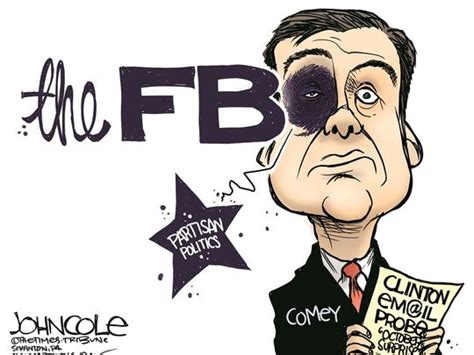 Former FBI Director James Comey has already demonstrated that he possesses a selective memory when it comes to the funding of the Steele Dossier.

Wait until you read this.

You may want to put on a pair of books, first though. It’s about to get deep.

Transcripts of former FBI Director James Comey’s closed-door testimony before House Republicans has raised questions over how Barack Obama could have determined that Hillary Clinton’s use of a private email server didn’t imperil national security if the FBI never briefed him on the investigation.

In a second meeting this month with lawmakers, Comey was asked about remarks former President Obama made during a “60 Minutes” interview in October 2015.

Obama said of the email matter that it wasn’t “a situation in which America’s national security was endangered,” and that Clinton never appeared to hide anything.

Rep. Trey Gowdy, R-SC., asked Comey if he had ever spoken with Obama about the Clinton email investigation, to which the ex-FBI chief replied, “No.” He said he never directed anyone at the bureau to do so either.

Gowdy grilled Comey over how Obama could claim there was no threat if the FBI hadn’t informed him about the inquiry..

“President Obama said of her email arrangement, ‘I don’t think it posed a national security problem.’ How would he have known that at the time?” Gowdy asked.

“I can’t answer that,” Comey replied.

“He also said, ‘This is not a situation in which America’s national security was endangered.’ How would he have known that at the time?” he was asked again.

“Same answer. I can’t answer that for him,” Comey said.

When asked if he knew how the president could be sure that Clinton did not “hide anything or squirrel away information,” Comey said he does not.

Gowdy pointed out that the fact that there are still missing emails that were destroyed means it would be difficult to be sure of any such thing.

During his testimony, Comey also noted that there were several instances of email exchanges between Clinton and Obama, both from a private server.

When asked why Clinton was not questioned over this as it related to the investigation, Comey recalled that the emails was not considered to be classified, while the probe centered on classified data: “I don’t remember anything concerning about the substance of the communication.”

He also said that references to Obama’s private email server were eliminated from a July 5, 2016, press conference out of concern about that information falling into the wrong hands.

“There was an issue with respect to that, and it was that if the bad guys — we didn’t want to do anything to confirm to the bad guys that they might have Barack Obama’s private cover email unclassified because let’s imagine the Russians had captured that communication, they might not know what they had. And so, I remember some discussion about what we should say, if anything, in my public remarks about that.”

Despite the position that the emails held nothing classified, Comey could not say why lawmakers were not provided with them.

Comey said that neither he nor then-Attorney General Loretta Lynch advised the president that it was inappropriate for the chief executive to comment on a pending investigation.

I was going to observe that Former FBI Director Comey was not the “White Knight” that he has been so desperately portraying himself as in the Liberal Main Stream Media, but that would be an understatement.

In fact, he is the living definition of a “bureaucratic weasel”.

If you believe that Obama, Hillary, and Lynch did not know what the FBI were doing to cover for Hillary’s “E-mailgate”, then you probably believe that Senator Bernie Sanders lives modestly.

Remember last June, when Inspector General Horowitz issued his report on “E-mailgate”and he wrote that there was an “appearance of bias”?

Correction: There was a REALITY of bias.

There is a reason why Inspector General Horowitz was reticent to blatantly declare the existence of political bias in the upper echelon of the FBI:

As President Trump once stated, He is an “Obama Guy”.

Let’s look at the IG’s history.

Yes, gentle readers. He worked for Comey in the Southern District of New York.

That’s why he did not go after Comey as roughly as he could (or should) have.

That is also why the Southern District of New York is so heavily involved in the Russia Probe.

These “ties that bind” within the Department of Justice and the FBI are most definitely not “blessed”.

As Comey’s latest testimony vividly demonstrates, the professional bureaucrats who served in the Department of Justice and the Federal Bureau of Investigation in the Obama Administration were more interested in serving their bosses than in the cause of justice.

Not only did they know of Hillary’s cavalier treatment of top-secret e-mails, they also knew that she used the Clinton Foundation as her and Bubba’s very own “Laundromat”, “cleaning up” copious donations from foreign powers who sought favorable treatment from the State Department under Secretary of State Hillary Clinton.

It is now very apparent that the corruption ran so deep in the Halls of Power during this time that they were all standing on their tiptoes trying to see above it.

It is also apparent that the DOJ and the FBI had no interest in investigating Hillary, as they were too busy playing footsie with Christopher Steele, Cody Shearer, and Richard Blumenthal in their mission to knock Donald J. Trump out of the Race for the Presidency.

IG Horowitz did his best not to overtly condemn those in power in the FBI during the Obama Administration. However, what he did report certainly helps to clarify the lack of integrity on the part of Former FBI Director Comey which is there for all to read in this latest transcript for yesterday’s Congressional Hearing.