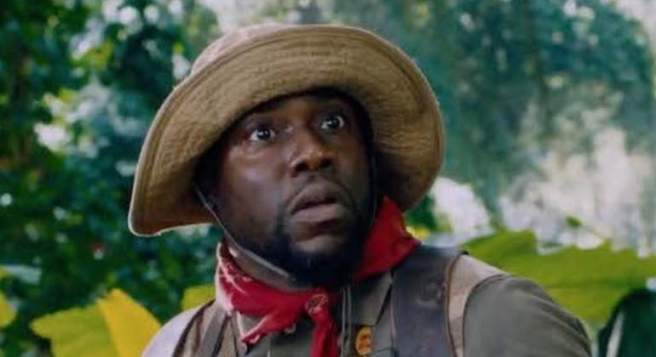 …I always thought I was a liberal but I came up terribly surprised when I found I was a right-wing conservative extremist…I have always listened to every human being I’ve ever met about how I should feel.  But this so-called new liberal group… they never listen to your point of view and they make a decision as to what you think and they’re articulate enough and in control of enough of the press to force that image out for the average person. – John Wayne

Following Kevin Hart’s announcement that he was bowing out of as host of the 2019 Academy Awards, a report on Monday suggested that organizers behind the annual event are considering airing next year’s telecast without a host.

The Academy of Motion Pictures Arts & Sciences is exploring all options, sources with knowledge of the situation told Variety.

The show may go sans host, an insider told the outlet, and instead would feature “a bunch of huge celebs, something ‘SNL’ style, and buzzy people to throw to commercial.”

Organizers reportedly are leery of booking a host considered too controversial or “off the cuff,” the report claimed.

Hart announced last week that he was stepping down from hosting the award show amid criticism over years-old tweets deemed anti-gay.

“I have made the choice to step down from hosting this year’s Oscar’s….this is because I do not want to be a distraction on a night that should be celebrated by so many amazing talented artists. I sincerely apologize to the LGBTQ community for my insensitive words from my past,” Hart tweeted.

In a follow-up tweet he added, “I’m sorry that I hurt people.. I am evolving and want to continue to do so. My goal is to bring people together not tear us apart. Much love & appreciation to the Academy. I hope we can meet again.”

Shortly after announcing the hosting gig, several now-deleted tweets by Hart using words such as “homo” and “gay,” dating back to 2011, resurfaced.

GLAAD, a group founded by LGBT people in media, said it had contacted the Academy of Motion Picture Arts and Sciences to discuss Hart’s gig prior to his stepping down.

The Hollywood Liberals still don’t get it.

Pat Sajak, host of “The Wheel of Fortune” made the following suggestion in a “tweet” posted last Sunday…

The Hollywood “Elite” on the Left of the Political Spectrum who voted for Hillary Clinton to be our next President of the United States of America, continue in public to show their hindquarters, while throwing the longest temper tantrum that the world has ever seen over the results of an American Presidential Election, that happened over two years ago.

These self-proclaimed activists, are once again making a lie out of the claim that they have made for years that they are the most tolerant…and “gifted” among us.

In fact, these sore losers remind me of the hysterically sobbing children that you hear in every Walmart across the country.

This epic meltdown by those who are paid handsomely to entertain us is a direct result of an isolated ignorance of average Americans’ desire to rid ourselves of those in the Halls of Power who told us repeatedly that they knew what was best for us and “who we were”, while their actual mission was to turn America into a Third-World Barrio in their quest to make us a Socialist Paradise.

All during the Presidential Campaign, the Democratic Party, along with those in “Showbiz”, through their minions in the Main Stream Media, assured us that it was a foregone conclusion that Hillary Clinton would be our 45th president.

There is a reason for that.

This arrogance which I have referred to, allows them to ignore their own “homophobic” comments of years past , in their zeal to remove the “cinder” from Kevin Hart’s eye while remaining oblivious to the “log” in their own.

Nick Cannon, Hollywood Actor and Television Host came to the defense of Kevin Hart, posts tweets filled with “homophobia” and “gay slurs” by Sarah Silverman, Chelsea Handler, and Amy Schumer, while making the comment that

At least Nick gets it.

Just like their fellow Modern American Liberals who run the Democratic Party, the disconnected “dancing monkeys” in Tinsel Town and the Big Apple just can not accept the fact that the overwhelming majority of Americans living between the coasts, the ones responsible for the election of President Trump are sick and tired of turning into the Academy Awards only to watch 3 hours of Far Left pompous imbeciles attempting to lecture average Americans as to why America and the President are positively gauche and awful.

At this point, all their incessant national temper tantrum over Trump’s Presidency and political correctness is doing, is making them look like fools.

I don’t remember any of us average Americans asking them for their opinion as to how we should vote, do you?

And, I certainly do not remember them being appointed as the arbiters of what is “Hate Speech” and what words are allowed to be communicated freely among Americans.

Perhaps, if they got their noses out of the air and actually associated with their families and former friends “back home”, instead of kissing each other’s hindquarters at the latest premiere or “social event”, perhaps they and reality would not have taken divergent paths, and they would conduct themselves and  comport themselves like those Hollywood Legends before them, who served their country during World War II, doing whatever they could to help America defeat fascism.

Now, these pampered ,self-righteous, oblivious Lightweights are all proponents of the “New Fascism” being practiced by the Modern Democratic (Socialist) Party.

As we say down here in the part of America’s Heartland, known as Dixie…

It just don’t make no sense.