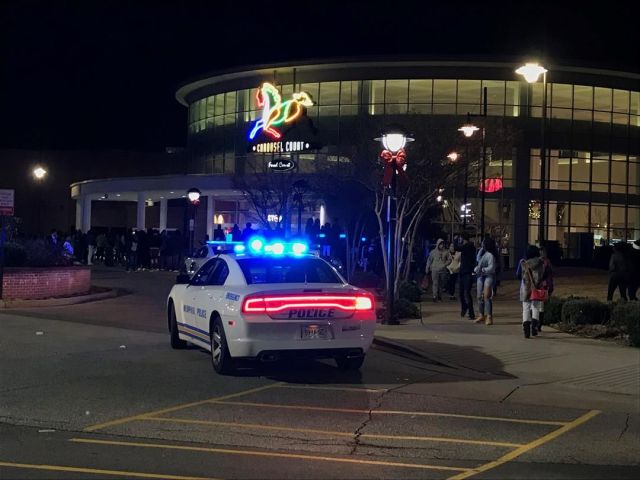 On December 20, 2017, as a result of political chicanery, including a City Council Vote taken after business hours, statues of Confederate General Robert E. Lee and Confederate President Jefferson Davis were removed from two city parks which had been sold at a rock bottom price to another member of local government in a scam created to get around a ruling by the Tennessee State Historical Commission which prevented such an action from taking place.

Memphis is getting national attention for the recent removal of two confederate statues and many people are turning to social media to express their opinions about the controversial move.

What used to be a handful of negative reviews on the City of Memphis Facebook page quickly shot up to hundreds after the statues came down.

Veazey said these reviews led him to post on his own social media page.

“I just tweeted, ‘Look this is happening. Wouldn’t it be nice if a bunch of Memphians got on and shared how they felt about the city of Memphis?’ Because I know Memphians feel pretty good about Memphis,” he said.

So Memphians joined in and said why they believe we’re a five-star city.

One person wrote, “We are a diverse, creative and talented community.”

Another person commented on the quality of food, music, hospitals and companies.

Slowly, the positive reviews climbed to meet the negative ones.

“I think it was a great moment of Memphis pride,” said Veazey. “That’s sort of my big takeaway.”

As of Tuesday evening, there were nearly 2,000 reviews on the city’s Facebook page with more coming in. Veazey said before the statues were taken down, there were about 150 reviews total.

The posts go back and forth from one-star reviews calling our city dangerous and dirty, to five-star reviews saying the city is ‘filled with wonderful, caring people who love sharing their Southern Hospitality with everyone.’

There are remarks about the city’s rich history and progressive future, along with the fight against hate and bigotry — while others talk about disrespecting historical monuments and the city focusing on the wrong issues.

Veazey says he supports the freedom of speech and leaving your opinion, but he has a message for those calling Memphis a one-star city without giving it a real chance:

“I would encourage them to come see how great Memphis is and truly experience it,” he said. “We’re about to celebrate our bicentennial. We’re about to commemorate the 50th year since Dr. King was killed in our city. There’s such a wide arch of history good and bad, but Memphis is a city that’s changed the world. We say it all the time and there’s so much about it that goes beyond one reaction to one news event.”

Veazey said people have accused the city of deleting some of the negative reviews but said only Facebook has the power to take them down. However, they can report comments containing hate speech or harassment.

Veazey also said a lot of people wrote online that Nathan Bedford Forrest’s grave was removed from the park, which is not true.

Meanwhile, WMC-TVWMC-TV, the NBC Affiliate was reporting that

Police said two of the victims are at St. Francis Hospital Bartlett in non-critical condition. One was taken by private vehicle to Regional Medical Center.

Police said the shooting did not take place inside the mall.

“Preliminary indications are that the shooting took place just outside the mall,” Louis Brownlee with MPD said.

Brownlee also said that a gun was found outside the mall, and he is not sure if the gun was used in the shooting.

Exactly one year ago, Wolfchase Galleria was cleared because of a disturbance.

Here’s a history of “incidents” that have happened at Wolfchase Galleria and Oak Court Mall in East Memphis.

Wolfchase Galleria History
November 2006: A woman was robbed at gunpoint.
December 2008: A couple took their daughter to see Santa, but then were robbed at gunpoint as they were walking to the car.
September 18, 2010: A woman stole a set of diamond earrings from Macy’s.
August 2011: Marisol Garcia was caught shoplifting from Macy’s with her children.
November 2011: Hazmat call at Wolfchase.
January 2012: Memphis police officer Quattarra Gardner used a diaper bag and a dressing room to steal in Macy’s.
April 2013: A woman steals in Victoria’s Secret and was caught on camera.
September 2013: Three suspects steal from Wolfchase, then lead police on chase.
January 2014: Five men rob Reed’s Jewelry Store with sledge hammers and guns. They stole 65 Rolex watches.
December 2014: A woman was robbed in the parking lot near JC Penney.
December 2014: Kids cause a disturbance.
June 2015: Fire at Wolfchase food court.
July 2015: Shots fired in the parking lot.
November 16, 2015: Teens cause disturbance.
March 7, 2016: A man shoplifted in City Gear. A customer in City Gear chased the suspect and got into a fight with the suspect. The other customer fired one shot at the shoplifting suspect.
October 2, 2016: Robbery of Reed’s Jewelry Store.
November, 25, 2016 Man shot in parking lot.
December 27, 2016: Teens cause disturbance.

Oak Court Mall History
December 31, 1996: Angela Kyle was shot and killed inside the garage of Goldsmith’s (now Macy’s).
March 24, 2008: A man was found inside a Honda in the parking garage. He wasn’t shot at Oak Court, but was just left at the mall.
September 30, 2008: Macy’s burglary. A man hid in the store and stole jewelry and watches.
September 29, 2010: Man threatens teenage girl, then robs Macy’s where she worked.
April 16, 2012: Two men stole $7,000 of Ralph Lauren Polo apparel from Dillard’s.
May 13, 2013: MPD and SWAT investigated a suspicious package that turned out to be a backpack full of clothes.
January 27, 2014: Man entered Kay Jewelers armed with a gun. Took several items from store.
February 26, 2014: Adam Gaia was known for driving around the Oak Court Mall parking lot and selling marijuana.
March 6, 2014: Four men were arguing inside the mall and shot a fifth man.
July 2014: Andrea Brown and Natika Craft stole $1,600 worth of merchandise from Oak Court.
October 6, 2014: Someone stole a police officer’s gun at the mall.
February 2015: Worker attacked at Victoria’s Secret.
December 2015: Shots fired inside Dillard’s parking garage. No one was hit.
December 2015: Fight inside mall.
May 2016: A man steals a Zales engagement ring.
July 2016: 95-year-old woman’s purse snatched, thrown to the ground near Dillard’s entrance.
December 2016: Dillard’s employee attacked.
December 23, 2016: 15-year-old shot outside of the mall. Teen was in a car after an argument with someone and was shot.
December 26, 2016: Teens cause mall disturbance, fight.

All of those incidents at those 2 malls MUST have been the fault of those two dastardly statues, honoring those evil Confederate Generals.

It was mind control, I tell ya! Mind Control!!!

Before the Wolfchase Galleria Shooting last night, those mean ol’ statues were torn down in the dark of night, after they and the parks that they stood in were sold for the price of $1,000 a piece to a phony non-profit organization, which was actually a black Shelby County Commissioner.

On Christmas Afternoon, the day before yesterday, I was sitting in my living room , beside my loving wife, step-son, daughter-in-law, and 10-year old grandson, watching “Despicable 3, which Santa had brought. As we were watching the movie and dozing off from eating too much, I watched with pride as my grandson remained entranced by the movie as my “kid” had his arm around his son.

As I watched my grandson laying against his Dad, I thought about what a difference having a father makes in a boy’s life.

My father certainly made an everlasting difference in mine. He is the one who led me to Christ, counseling and supporting me, and loving me until he passed away after Christmas in 1997.

I think of him and thank God for him often.

I have had the privilege of being the step-father of 3 very different boys, now grown into young men. The first one works as an account executive with a major company. The second one is a seminary student who is planting a church in Midtown Memphis. And the last one, who I mentioned earlier, is a truck driver, who is home every night.

I think often about all three of these young men often and pray that I have made a difference in their lives.

What got me thinking about the role that fathers play in the lives of young men, is all of the gang-related violence, black-on-black homicides, and “flash mobs” that are happening in our American Cities, like my Hometown of Memphis, Tennessee.

In today’s modern culture, the stigma of having a baby out of wedlock is quite frankly no longer a stigma. In some corners, especially the Liberal ones, It is actually considered a sign of Feminine Independence.

Among a lot of the young black male population, it is a sign of prestige to be a player, or, as we used to call it, a “ladies’ man”.

This practice has become so popular, that now 75 percent of America’s black population is being born out of wedlock and being raised without a father.

Grandfathers, uncles, clergy, and school coaches and principals try to fill in the gap and help these boys as they grow up, but a boy needs a man around every day of their life.

They need a consistent role model to teach them right from wrong, how to treat women, and how to be a man.

Regardless of what all of the Liberal experts say, a male father figure is essential in building a young man’s self- image.

So, what’s the answer?

A song that Elton John came out with during his comeback in the 1980’s goes,

Liberal Municipal Governments, such as the one which runs Memphis, can continue to blame their troubles on reminders of a troubling time in American History as an excuse to censor history which they view as “offensive”.

And, Municipal and Federal Governments can throw as much money at the problem of gang-related and individually-caused violence as they want to.

However, until this Cycle of Irresponsibility, i.e., irresponsible parents creating irresponsible kids, somehow gets broken, through prayer, education, and community/church involvement, crime will continue to escalate in America’s Cities.

Because, if the parents do not want to love, care for, and raise their children in the way that they should go, the gangs and the other criminals in the ‘Hood certainly will.