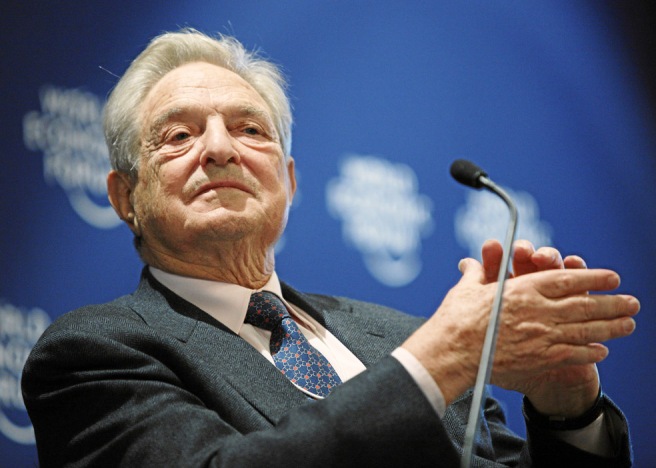 The year is 1903, The Russian Social Democratic Party is meeting in London. All the intellectuals in their party have been arguing since the end of the 1800’s as to the direction the party should take. One year earlier, in 1902, a man named Lenin, living in exile, wrote a paper entitled, “What Is To Be Done”.

The work was smuggled into Russia and spelled out his views regarding what the Social Democrats should be doing as a party. Lenin attacked party members who “were content to wait while history took its predetermined course.” Rather than wait, Lenin wanted to kick-start the issue he believed in to get things done rather than wait on intellectuals sitting around refuting each other’s ideas. The meeting resulted in a Party split creating the Mentsheviks and the Bolsheviks. The two factions reunited under Lenin in April 1905. Lenin went on to organize the November 1917 Russian Revolution on the Promise of “peace. bread, and land”.

Please allow me to share with you with some quotes from Vladimir Lenin. Their relevancy to the Presidential Leadership (or, lack thereof) of the last 8 years and the political situation in which we find ourselves now is amazing.

Democracy is indispensable to socialism.

Give me four years to teach the children and the seed I have sown will never be uprooted.

It is true that liberty is precious; so precious that it must be carefully rationed.

Our program necessarily includes the propaganda of atheism.

Sometimes – history needs a push.The best way to destroy the capitalist system is to debauch the currency.

The goal of socialism is communism.

The way to crush the bourgeoisie is to grind them between the millstones of taxation and inflation.

There are no morals in politics; there is only expedience. A scoundrel may be of use to us just because he is a scoundrel.

To rely upon conviction, devotion, and other excellent spiritual qualities; that is not to be taken seriously in politics.

Under socialism all will govern in turn and will soon become accustomed to no one governing.

While the State exists there can be no freedom; when there is freedom there will be no State.

TEL AVIV — Immigration lawyers from groups financed by billionaire George Soros, a champion of open border policies, were signatories to a lawsuit filed Saturday to block President Donald Trump’s executive order halting visas for 90 days for “immigrants and non-immigrants” from Syria, Somalia, Sudan, Libya, Yemen, Iran, and Iraq.
The executive order further suspended the entry of all refugees for 120 days, indefinitely blocks Syrian refugees from entering and lowers the ceiling to 50,000 for refugees allowed to enter the U.S. during Fiscal Year 2017 .

The New York Times first reported on the lawsuit:

At least one case quickly prompted a legal challenge as lawyers representing two Iraqi refugees held at Kennedy International Airport in New York filed a motion early Saturday seeking to have their clients released. They also filed a motion for class certification, in an effort to represent all refugees and other immigrants who they said were being unlawfully detained at ports of entry.

The ACLU is massively funded by Soros’s Open Society Foundations, including with a $50 million grant in 2014.

The Urban Justice Center is also the recipient of an Open Society grant.

Taryn Higashi, executive director of the Center’s International Refugee Assistance Project, which is listed on the Trump lawsuit, currently serves on the Advisory Board of the International Migration Initiative of Soros’s Open Society Foundations.

Over the last decade, Soros has reportedly provided some $76 million for immigrant issues.

In 2014, the New York Times credited “immigrant rights groups” financed by Soros and a handful of other donors for influencing President Obama’s immigration policy.
The newspaper reported:

When President Obama announces major changes to the nation’s immigration enforcement system as early as next week, his decision will partly be a result of a yearslong campaign of pressure by immigrant rights groups, which have grown from a cluster of lobbying organizations into a national force.

A vital part of that expansion has involved money: major donations from some of the nation’s wealthiest liberal foundations, including the Ford Foundation, the Carnegie Corporation of New York, the Open Society Foundations of the financier George Soros, and the Atlantic Philanthropies. Over the past decade those donors have invested more than $300 million in immigrant organizations, including many fighting for a pathway to citizenship for immigrants here illegally.

In August, Breitbart Jerusalem first reported hacked documents from Soros’s Open Society Institute boasted that the billionaire and his foundation helped to successfully press the Obama administration into increasing to 100,000 the total number of refugees taken in by the U.S. annually.

The documents revealed that the billionaire personally sent President Obama a letter on the issue of accepting refugees.

As anybody who has paid any attention to American Politics in the last couple of decades knows, George Soros has played the role of the “Evil Puppetmaster” behind the scenes for quite a while now.

MoveOn.org was formed in 1998 as a supposedly “bipartisan e-mail group” in order to send a petition to Congress to “move on” past the planned  impeachment of President Clinton. It rose to national prominence for its strong disapproval of the 2003 invasion of Iraq.

In 2017, after funding the election of the worst United States President in History, Barack Hussein Obama (mm mmm mmmm), the “Evil Puppetmaster” financed the racist movement known as Black Lives Matter, which has joined with MoveOn.org, in an effort to violate the First Amendment Rights of Donald J. Trump and to prevent him from becoming President of the United States of America.

It is through this “philanthropic activity” that Soros is funding the current “civil unrest”, the seeds of which were planted in Ferguson, Missouri.

Just as was the case in the Russian Revolution, any “Democratic Socialist” nation we see around our Modern World, went through a course-altering revolution, whether through a violent overthrow of the Government or through a “radical change” in the political ideology of their nation and the way that their populace voted in the subsequent election.

I firmly believe that the mission of George Soros, from the moment he landed on our shores to this very day, has been exactly what his political puppet, Former (Thank God) President Barack Hussein Obama, said that his was during his first presidential campaign: to “radically change” our nation into something that every patriotic American will no longer recognize.

With citizenship and voting rights granted to illegal aliens by his Democrat Operatives, with Un-vetted Radical Muslim “Refugees” pouring in by the thousands, and with Soros’ covert and overt support of perpetually-grieved protesters, recently paid to stage organized demonstrations at metropolitan airports, thanks to Former President Obama, Soros has created his own version of Lenin’s Bolsheviks.

That is why the election of Donald J. Trump to the Presidency was so very important.

Someone has to stop George Soros and his paid “New Bolsheviks”.

America’s survival as a free nation depends on it.