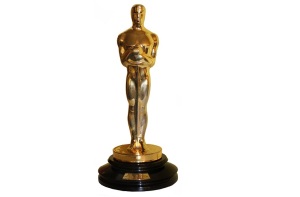 Hollywood, affectionately known by average Americans nowadays, as “Hollyweird”, has grown increasingly out of touch with those of us living in America’s Heartland, or “Flyover Country”, due to their excessive pandering to those who worship at the altar of a Liberal Political Ideology, and a Godless, decadent Society in general.

Gerald Molen, an Oscar-winning producer of Schindler’s List, has accused the Academy of Motion Pictures Arts and Sciences of discriminating against a Christian movie by revoking its nomination in the best song category, in the upcoming Academy Awards. According to The Hollywood Reporter,

In a feisty letter to Academy of Motion Pictures Arts and Sciences president Cheryl Boone Isaacs, a copy of which was obtained by The Hollywood Reporter, Molen attacks the group’s Jan. 29 decision to rescind the nomination for Alone Yet Not Alone, an overtly faith-based film, over allegations that its songwriter Bruce Broughton, a former Academy governor, improperly lobbied members of the song branch. If Broughton and co-writer Dennis Spiegel are ineligible for an Oscar merely for asking people to give their tune a listen, he argues, more Oscar winners should be required to return their statues because they all promoted their work to some degree or another.

“Every film, director, writer, cinematographer, actor, art director, costume designer and efx house finds a way to pitch or promote their work. Many will see this decision as faith-based bigotry pure and simple,” Molen says in the letter to Boone Isaacs.

…In the movie, the song is sung not by a professionally trained singer, but by Joni Eareckson Tada, a 64-year-old woman who has been without the use of her arms and legs for 47 years and runs a charity that provides wheelchairs to needy children. She also authors Christian books and broadcasts Christian radio.

“Critics will pounce and accuse us of being out of touch and needlessly offending middle America by stripping this song — a song sung by a quadriplegic hero to evangelical Christians who has captured the imagination of the American people — of its nomination,” Molen writes. “In my humble opinion, it seems to me that this has turned a Cinderella story that America loves into a story of the wicked stepmother who wants to keep her daughter from the ball, with we the Academy cast as the villain.”

After its nomination, several songwriters affiliated with other films expressed dissatisfaction with the selection, and a PR firm representing a song not nominated hired a private investigator to research whether Alone Yet Not Alone should be disqualified for not meeting advertising requirements, but the Academy wasn’t convinced on those grounds.

“It’s not about a punishment,” Isaacs told The Times, “but protecting the integrity of our voting process.” Broughton became the first person to have his Oscar nomination revoked on ethical grounds after he emailed about 70 members of the academy’s 240-member music branch, calling attention to “Alone Yet Not Alone,” a song that was co-written by lyricist Dennis Spiegel and sung in the movie of the same name by Agoura Hills pastor Joni Eareckson Tada.

“I’m dropping you a line to boldly direct your attention to entry #57,” Broughton wrote in his email, alluding to the track’s number on a DVD of contending music. “I’m sending this note only because it is extremely unlikely that this small, independent, faith-based film will be seen by any music branch member; it’s the only way I can think of to have anyone be aware of the song.”

Isaacs told The Times that the “key point” in the academy’s nullification of Broughton’s nomination was its violation of Rule 5.3, requiring that the credits of composer and lyricist be removed from the DVD of eligible songs sent to members of the music branch.

“The idea,” Isaacs says, “is that people are voting solely for the song and not who wrote it.” By emailing branch members, Broughton, a former academy governor and current member of the music branch’s executive committee, violated that anonymity.

“He exerted undue influence,” Isaacs says, “using information that only an academy insider would have.”

Isaacs said the decision to revoke Broughton’s nomination came Tuesday at a scheduled board meeting. She would not reveal whether any lesser forms of punishment for Broughton were discussed, citing the confidentiality of academy board meetings. She did note that she had heard from a number of academy members after “Alone Yet Not Alone” was nominated for the original song Oscar on Jan. 16.

Over the last few several decades, Hollywood has vied for the title of “Sin City” with “Lost Wages (Las Vegas” through its glorification of the decadent and demonic. The family-friendly, morally-based classic horror films such as “Dracula”, “Frankenstein”, and “The Wolf Man”, have long since been replaced by Jason, Freddy”, Twilight”, and “Insidious”.  War Epics which paid tribute to our Fighting men and Women, such as “The Green Berets” and “We Were Soldiers” have been replaced by Anti-American Propaganda Pieces such as “Redacted”. And, Love stories like “The Notebook” ae being pushed aside for celebrations of carnality, like “Nymphomaniac”.

What is interesting to note, though, is the backlash to the attempted shaping of our American Culture and Society by Hollyweird. Please note the overwhelming popularity of Super Hero Movies, in which Good triumphs over Evil. You see, Americans, even though, like all mankind, are sinful in nature, that still, small voice in us still glows with that knowledge of Right and Wrong.

Hollyweird, in their licentious little hearts, has noticed this trend. Later this year, they will premiere a Biblical Epic about Noah and the Flood, starring Russell Crowe of “Master and Commander” and “Gladiator” in the title role. If it scores big at the Box Office”, you can be sure that there will be more to come, not for the purpose of glorifying God, but, to fill their pocketbooks.

However inadvertently, if the script for “Noah” is Biblically-based such as Cecil B. Demille’s classic “The Ten Commandments”, it should not only do well at the Box Office, but may even turn out to be evangelistic.

Could it be that The Creator is using this backlash against the Romanesque decay and decadence of the Left’s Hollywood Idoltary and corrupt culture to bring glory to Himself?

And we know that all things work together for good to those who love God, to those who are the called according to His purpose. – Romans 8:28

Even, if we don’t realize it…at the time.

2 thoughts on “The War Against Christianity: The Academy Awards”