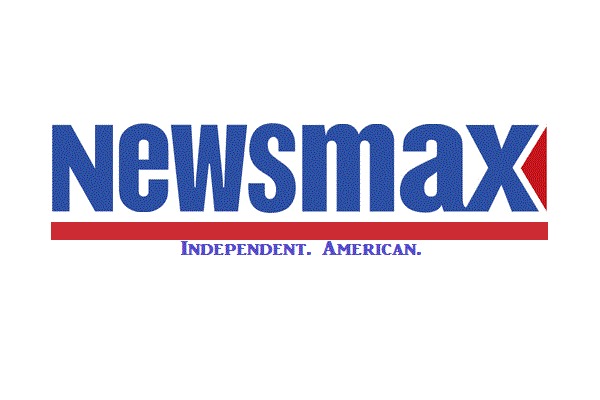 Look out, all you stuffed shirts in the Halls of Power up in DC. Sarah’s coming!

The Artic Fox has been freed of her captivity as a Political Pundit for a Moderate Cable News Channel, which lately has been dangerously flirting with embracing some of the Liberal-leanings of its sister news channels.

“It’s my understanding that Gov. Palin was offered a contract by FOX, and she decided not to renew the arrangement,” a source close to Palin told RealClearPolitics’ Scott Conroy, one of the few reporters who has largely covered Palin fairly throughout the years. “She remains focused on broadening her message of common-sense conservatism across the country and will be expanding her voice in the national discussion.”

A source close to Palin confirmed to Breitbart News that Palin declined FOX News’ offer to renew her contract, and the two parties seem to be parting amicably.

Bill Shine, an executive vice president at FOX News, said in a statement, “We have thoroughly enjoyed our association with Governor Palin. We wish her the best in her future endeavors.”

Palin was a paid contributor for three years at FOX News after she resigned from Alaska’s governorship in 2009.

During the 2012 primaries, those looking to see if Palin would run for the Republican nomination watched closely to see if she would resign from the network in order to pursue the presidential nomination. But FOX News and Palin never parted ways in 2012, and Palin ultimately decided not to run for president.

She made her announcement that she was not going run for president, though, on Mark Levin’s show. She also made an impromptu appearance on CNN during the network’s Republican primary coverage. Like she did at the Iowa State Fair in 2011, Palin impressed reporters with her impromptu interviews. However, because of her FOX News contract, Palin could not go on other cable and mainstream media networks to discuss politics, policy, and cultural issues. Now, she will be able to talk on other networks besides FOX News.

Palin–since she now does not have a television contract–will also be free to run for the GOP presidential nomination in 2016 if she so chooses.

Stephen K. Bannon, who produced a documentary about her, The Undefeated, interviewed Former Governor Palin for Breitbart.com. Here are some excerpts:

Short term: I encourage others to step out in faith, jump out of the comfort zone, and broaden our reach as believers in American exceptionalism. That means broadening our audience. I’m taking my own advice here as I free up opportunities to share more broadly the message of the beauty of freedom and the imperative of defending our republic and restoring this most exceptional nation. We can’t just preach to the choir; the message of liberty and true hope must be understood by a larger audience.

Focus on the 2014 election is also imperative. It’s going to be like 2010, but this time around we need to shake up the GOP machine that tries to orchestrate away too much of the will of constitutional conservatives who don’t give a hoot how they do it in DC. DC is out of touch, obviously. Voices on the right like Mark Levin, Rush, and the writers here at Breitbart have come out strongly against the “go along to get along” politicians who wave the white flag before the battle even begins. We’re not going to be able to advance the cause of limited constitutional government unless we deal with these big government enablers on our side. And this all ties into the problem of crony capitalism and the permanent political class in the Beltway. We need to consistently take them on election after election – ever vigilant.

As far as long-term plans, the door is wide open. I know the country needs more truth-telling in the media, and I’m willing to do that. So, we shall see. And always in the center of it all I have an awesome, full, exciting, and large family living in a very unique part of America that keeps me hopping! I love it!

2. Where do you think the country stands at the beginning of the President’s 2nd term?

Predicting the future has never been easier because here we are! Already we see higher taxes, a stagnant economy, the same inflationary monetary policies, Obamacare looming like a dark cloud over small businesses, yet another demand for “debt ceiling” increases, continued stonewalling about the tragic Benghazi attacks, a Secretary of Defense nominee who has a history of being antagonistic to our ally Israel, and the attack on our Second Amendment rights by an administration that has no respect for the Constitution or the separation of powers.

The problem is that some on the Right are now skittish because of the lost 2012 election. They shouldn’t be. Conservatism didn’t lose. A moderate Republican candidate lost after he was perceived to alienate working class Reagan Democrat and Independent voters who didn’t turn out for him as much as they did for the McCain/Palin ticket in 2008. Granted, those same voters also didn’t turn out for Obama as strongly either. We had an election defined by a biased media plus millions of voters who sat it out in disgust. As long as we allow the media and GOP establishment to tell us who our nominees must be, we can expect to lose. I’m not interested in losing. America’s next generation can’t afford another loss.

3. The MSM have declared both you and the Tea Party dead and buried. Reaction?

I was raised to never retreat and to pick battles wisely, and all in due season. When it comes to defending our republic, we haven’t begun to fight! But we delight in those who underestimate us.

Indeed, Governor. They gravely underestimate us.

There is a Culture War, which has been going on in our country for a while now, between the Republican Establishment up in the Northeast, and Conservative Americans, living in the Heartland.

What’s getting my goat is the hubris involved. Now, I have several dear Conservative friends in the NE, heck, my bride is from MI, moved down to MS 30+ years ago and used to do reenactments on the Confederate side.

That being said, the “Northeast Republicans Club’s” standard, as exemplified by their last Convention, and the subsequent Presidential Candidate Nomination of Mitt Romney, is to look down their noses at the rest of the country, as if we are a bunch of hicks, because we still believe in Reagan Conservatism.

They view Sarah the same way. They believe that anyone who is not from Hahvahd, some other Ivy League School, or, their region of the country, is a stupid bumpkin.

I suggest that they leave the Northeast sometime and travel throughout the Heartland of this great country.

They might learn a thing or two about Conservatism.

I, along with Sarah Palin, Michelle Malkin, and many others, am a Reagan Conservative…and, proud of it.