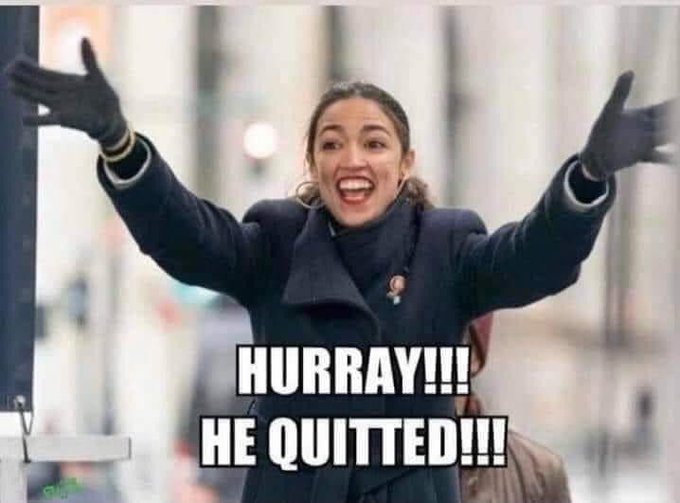 Trump beats impeachment. Dems in disarray. The Lincoln Project burnt to the ground. The RINOS in the GOP establishment exposed & collapsing. Cuomo & Dem Govs in free fall. The media depressed and lashing out at Dems for their impeachment fail.#MAGA ascending again!

Newsmax.com posted the following Statement by Donald J. Trump, 45th President of the United States of America after he was acquitted in an unconstitutional Trial brought before the Senate by the House Democrats…

I want to first thank my team of dedicated lawyers and others for their tireless work upholding justice and defending truth.

My deepest thanks as well to all of the United States Senators and Members of Congress who stood proudly for the Constitution we all revere and for the sacred legal principles at the heart of our country.

Our cherished Constitutional Republic was founded on the impartial rule of law, the indispensable safeguard for our liberties, our rights and our freedoms.

It is a sad commentary on our times that one political party in America is given a free pass to denigrate the rule of law, defame law enforcement, cheer mobs, excuse rioters, and transform justice into a tool of political vengeance, and persecute, blacklist, cancel and suppress all people and viewpoints with whom or which they disagree. I always have, and always will, be a champion for the unwavering rule of law, the heroes of law enforcement, and the right of Americans to peacefully and honorably debate the issues of the day without malice and without hate.

This has been yet another phase of the greatest witch hunt in the history of our Country. No president has ever gone through anything like it, and it continues because our opponents cannot forget the almost 75 million people, the highest number ever for a sitting president, who voted for us just a few short months ago.

I also want to convey my gratitude to the millions of decent, hardworking, law-abiding, God-and-Country loving citizens who have bravely supported these important principles in these very difficult and challenging times.

Our historic, patriotic and beautiful movement to Make America Great Again has only just begun. In the months ahead I have much to share with you, and I look forward to continuing our incredible journey together to achieve American greatness for all of our people. There has never been anything like it!

We have so much work ahead of us, and soon we will emerge with a vision for a bright, radiant, and limitless American future.

Together there is nothing we cannot accomplish.

We remain one People, one family, and one glorious nation under God, and it’s our responsibility to preserve this magnificent inheritance for our children and for generations of Americans to come.

May God bless all of you, and may God forever bless the United States of America.

I must confess, I watched the proceedings gavel-to-gavel yesterday.

And, as someone who has served on both State and Federal Grand Juries, I can tell you that it did my heart good to see the down-to-earth Philadelphia Lawyer, Michael Van Der Veen, mop the floor with a bunch of self-righteous Democrat House Managers.

When Van Der Veen called Raskin’s bluff about calling witnesses, I shouted “Yes!” so loud I was afraid the neighbors heard me.

The House Managers’ smugness  was simply overconfidence masking the fact that they were not prepared to logically argue the Article of Impeachment. Heavily-edited video packages and emotional rhetoric are no substitute for the truth.

Van Der Veen cut up and laid out the House Managers’ flimsy case like a Japanese chef cooking fried rice at Benihana.

It was a joy to watch.

Judging from his response, I believe that Former President Trump enjoyed the work of his attorneys, as well.

His statement above reminds me of what we lost on November 3, 2020.

We lost a genuine American President.

As he wrote in his response, President Trump “BACKS THE BLUE”.

The Democrats only do when they can use them to make a political point. Otherwise, they want to defund them to stay in the good graces of BLM, Antifa, and the rest of their Far Left Voting Base.

Unlike todays Democrat Elite who reside on Capitol Hill, President Trump still believes in the things that have made America great.

And, whether he decides to run in 2024 for President again or not, he will still be a voice who matters in American Politics.

Don’t believe me? Just look at videos of the Democrat Meltdown by the Elites on both sides of the political aisle on Capitol Hill yesterday afternoon.

Democrats, the impeachment prosecutors, basically spent the entire day complaining about info they want but don’t have. Folks:

2) They refused to let legitimate legal challenges play out because they didn’t want to wait. They chose this!

As the Senate impeachment trial dragged on late Tuesday night with a series of similar Democrat-proposed subpoena requests that Republicans methodically shot down one-by-one, Senate Majority Leader Mitch McConnell, R-Ky., offered Democrats an option: bundle all of their document requests into a “stack” for a single vote, so that the process could move along.

But, Senate Minority Leader Chuck Schumer, D-N.Y., was having none of it — and made clear that he wanted individual votes on each of their proposed amendments to McConnell’s rules, no matter how long it took.

“There will be a good number of votes. We are willing to do some of those votes tomorrow. There’s no reason we have to do them all tonight and inconvenience the Senate and the Chief Justice [John Roberts], but we will not back off on getting votes on all of these amendments,” Schumer said.

“A number” of additional amendments were going to be offered, the Democrat added. Eventually, the Senate started debating his fifth proposal: to subpoena Pentagon documents about Ukraine aid.

The chamber handed President Trump something of a win Tuesday by voting 53-47 four separate times to effectively kill a series of proposals from Schumer to subpoena White House, State Department and Office of Management and Budget documents, as well as acting White House Chief of Staff Mike Mulvaney, respectively. The party-line vote demonstrated GOP unity at the start of the trial, which is all but certain to result in the president’s acquittal.

However, the votes were not final determinations that there would be no new witnesses or document requests. Instead, Senate Republicans have indicated they will vote for McConnell’s underlying scheduling resolution, which permits potential new witnesses and documents later in the Senate trial.

Fox News was told to expect at least three or four more amendments — including potentially similar amendments to subpoena officials such as former National Security Adviser John Bolton. There were signs that attention was flagging in the chamber: As of 9 p.m. ET, the galleries to watch the proceedings contained only 29 members of the public.

Eventually, once Democrats’ amendments are all defeated, the Senate is expected to vote sometime Tuesday night or Wednesday morning on McConnell’s underlying rules resolution in order to set the ground rules for the trial.

“It’s getting late,” White House counsel Pat Cipollone said late Thursday night. “I would ask you, respectfully, if we could simply start, maybe tomorrow we can start — and they can make their argument, and they can, I guess, make a case that they once called ‘overwhelming.’ We’ll see… Seriously, can we please start?”

Before they began the trial yesterday, the House and Senate Democrats paraded before the microphones of the press attempting to paint a picture of an unfair, “rigged” trial, even before yesterday’s proceedings began.

There was a reason for that.

As arrogant and impressed with their own intelligence as the Dems are, even they know that their “Impeachment Inquiry” through which they railroaded the President of the United States of America’s name, reputation, and character as all being lacking through a series of clandestine meetings, held in the basement of the Capitol Building, proved nothing at all

For them to be insisting on “fairness” now (meaning doing things THEIR way) not only strains credulity, it breaks that sucker clean in two.

The allowing of Sen. Chuck Schumer to introduce amendments which had no chance of passing was as tediously harsh as the sound of fingernails on a blackboard.

However, I would be lying if I told you that I did not take an extreme amount of enjoyment as the Senate Republicans struck all of those amendments down.

The Dems spent all day yesterday telling the American public that they did a rushed and inadequate job of building any sort of credible case for impeaching President Donald J. Trump.

While that was not their intent, nor did they come right out and say it, that is exactly what their whining for the allowance of THEIR witnesses in the Senate Trial means.

Additionally, their bringing up polls which they claim show that the majority of Americans support impeaching the President is as big an exercise in inaccuracy as when they and their propagandists in the Main Stream Media were proudly touting all of the polls predicting that Hillary Clinton was going to be the 45th president of the United States of America.

Speaking for this ‘average American”, it was all I could do to keep from throwing something at the TV when Adam Schiff was lying as easily as he drew breath.

One part of me wants the president’s Legal Team to absolutely tear apart these seditious idiots in front of the entire world.

Another part of me just wants the Republicans to go ahead and call for the vote to dismiss this whole political hatchet job, allowing it, like the attack on Pearl harbor, to be an action which will live in infamy.

Both were meant to harm America and Americans.

The Japanese wanted to take our lives.

The Democrats want to nullify our votes from November 8, 2016.