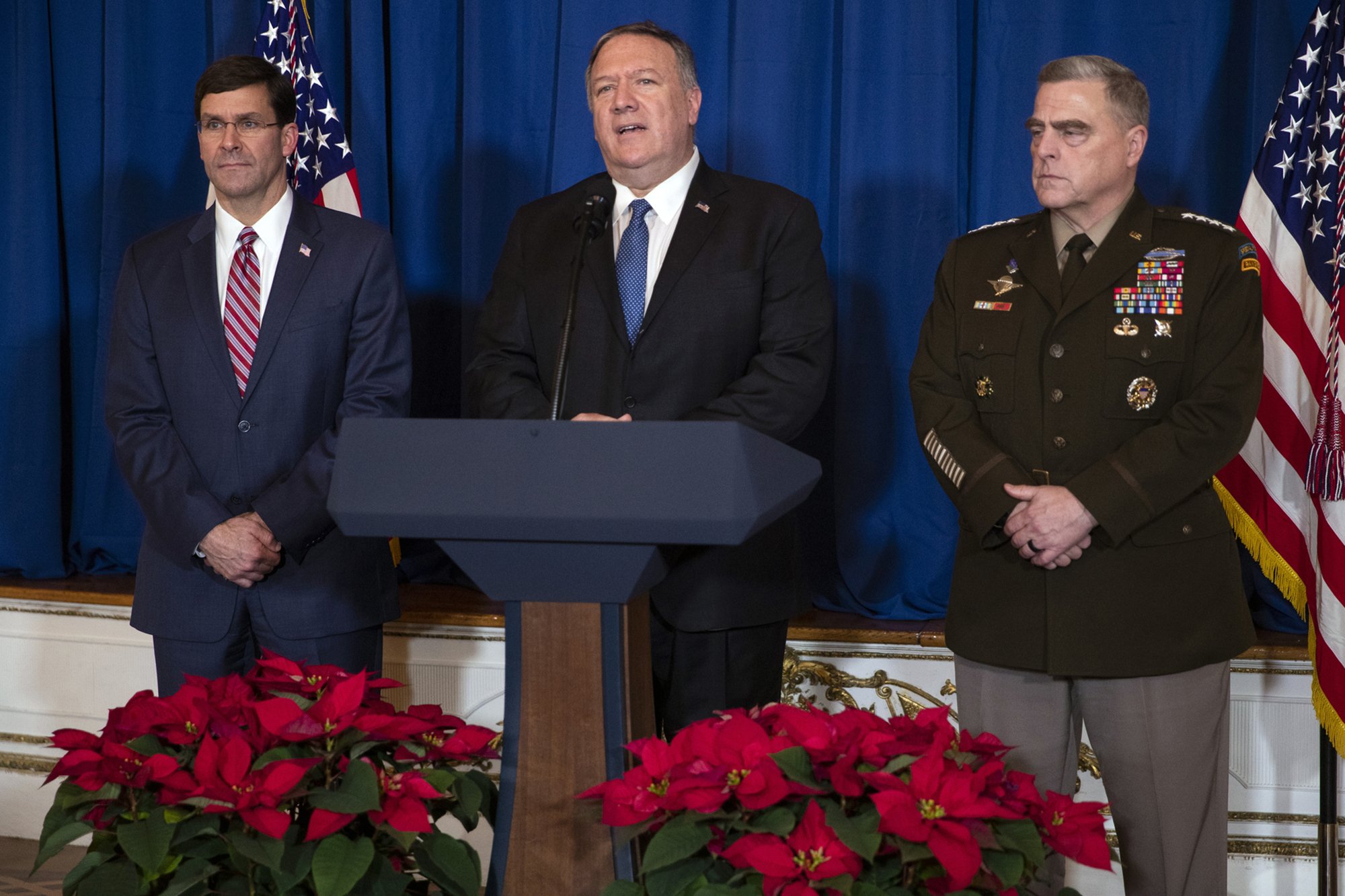 Eric Bolling calls out General Milley's book dealings and his phone calls to China: "I think Milley is a self-dealing, greedy, unscrupulous mercenary who will, check that, who very possibly may have already sold out America for his own benefit." @EricBolling. pic.twitter.com/V1mrdelZ8i

Former Secretary of State Mike Pompeo has denied that Gen. Mark Milley, chairman of the Joint Chiefs of Staff, informed him that he had told his Chinese counterpart that he would alert the Chinese of any impending attack in the last days of the Trump administration, saying that if Milley had, it would have been ”a real problem.”

Pompeo’s comments to ”The Megyn Kelly Show” on SiriusXM satellite radio on Wednesday directly rebutted Milley’s testimony to the Senate Armed Services Committee on Tuesday, in which he defended reports in the book ”Peril” about the final days of the Trump administration.

The book claimed that Milley called his Chinese counterpart, Gen. Li Zuocheng, on Jan. 8 and — attempting to ease that country’s concern about a possible military strike — told him he would notify him of any impending action.

Milley testified that Pompeo and White House chief of staff Mark Meadows were aware of the phone call.

”If he in fact said, ‘We will not attack you until we warn you,’ that’s just nutty, right?” Pompeo said. ”That’s just … it’s certain that he did not tell Chief Meadows or I that because — I don’t know if he told us, he thinks he told us, on the same phone call, but I can promise you that Chief Meadows would have called me immediately and said, ‘Hey, we got a real problem here.’

”And if I had of heard it, I would’ve gone high and right. I’d be very surprised if that’s precisely how Gen. Milley told the Chinese that. I worked with Gen. Milley enough. But if he told [authors Bob] Woodward and [Robert] Costa that he said that, this is something he has to account for. That would be deeply inconsistent with his responsibilities.”

It appears that General Milley is frantically attempting to “cover his 6”.

Back on February 20, 2020, Secretary of State Mike Pompeo warned about the Chinese Infiltration of our Country which began under Obama.

Per their website, 1000plan.org, China initiated the Thousand Talents Plan at the end of 2008.

By 2017, China had recruited more than 7,000 professionals, per a bi-partisan Senate Sub-committee report titled “Threats to the U.S. Research Enterprise: China’s Talent Recruitment Plans” published in November of last year.

Okay. Why was this allowed in the first place?

And, why didn’t the Federal Government put a stop to it?

Who was the President in January of 2009?

Oh, wait…Now, I remember (with a little help from The Washington Post)

Obama became the first U.S. president to visit China during his first year in office. But his administration was taken aback by how completely the Chinese controlled all aspects of that visit.

“He wasn’t allowed to say much at all,” said Orville Schell, a longtime China scholar who was in China during the visit. “The Chinese kept him from meeting certain people, from taking questions or even radio broadcasts. He didn’t know quite how to respond. He didn’t want to be impolite. It took the U.S. a while to understand that this was the direction China and the relationship was headed.”

Some have blamed Obama for adopting such an overly optimistic and open stance during those early years. For all his outreach, current and former top U.S. diplomats say, Obama got little in return, except the feeling of being burned by Beijing.

Milley said that his relationship with Li Zuocheng had been going on for 5 years at the time of the phone calls in question.

That meant that it started under President Barack Hussein Obama and Vice-President Joe Biden, when Milley was Chief of Staff of the Army, starting in August of 2015.

No wonder Biden said that he has complete faith in General Milley.

Are you paying attention, yet?

As we are witnessing with the wearing of masks, when it comes to the law and the Constitution, rules only apply to us “common” people.

Time and time again, Democrats have gotten away with things that you and I would have been put under the jail for.

The Anti-American Nightmare known as the Biden Presidency just keeps getting worse and worse with each passing day, doesn’t it?

I am afraid to ask “What’s Next?” because it will probably involve #DementiaJoe mistaking the launch button on the Nuclear Football for his intercom to ask the White House Kitchen Staff to bring him some ice cream.

He is arrogant, clueless, and incompetent.

And, that is a combination which will continue to hurt the safety and reputation of our country more than it will help it.