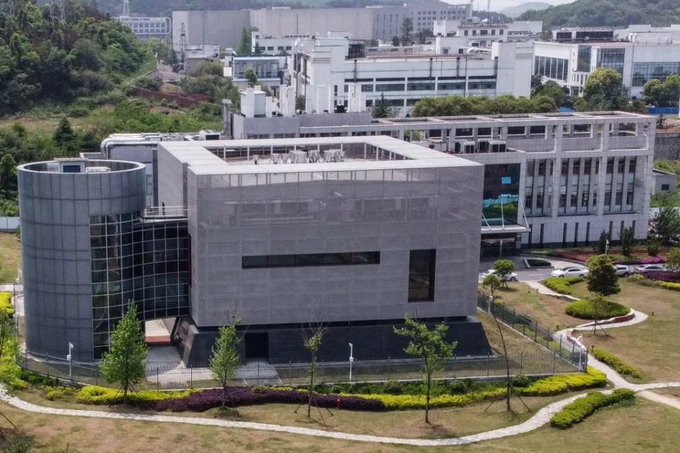 If, as now seems likely, the #COVID virus came out of the Wuhan lab, as a consequence of so-called “gain of function” research, then doesn’t it follow that “trusting the science” is how we got the global pandemic in the first place?

Months ahead of the COVID-19 outbreak, the Wuhan National Biosafety Lab requested bids for major renovations to air safety and waste treatment systems in research facilities that had been operational for less than 2 years, according to a new congressional report on the pandemic’s origins, obtained by Fox News.

“Such a significant renovation so soon after the facility began operation appears unusual,” said the report from the House Foreign Affairs Committee’s Republican staff. The projects for air disinfection, hazardous waste and central air conditioning systems “all raise questions about how well these systems were functioning in the months prior to the outbreak of COVID-19.”

The true reason for the procurement posting is unclear, as is when or if the work was even initiated. It adds another circumstantial element to the controversial argument that the pandemic began in a Wuhan lab, including suspicious behavior and obfuscation from China’s government and signs the pandemic began months before previously assumed.

Only weeks ahead of President Biden’s deadline for the intelligence community’s review into the origins of the pandemic, Republicans will release their most detailed case yet arguing that researchers in Wuhan could have genetically manipulated the virus and that “the preponderance of evidence suggests SARS-CoV-2 was accidentally released from a Wuhan Institute of Virology laboratory.”

Staff for Rep. Michael McCaul, R-Texas, the top Republican on the House Foreign Affairs Committee, will include this information as an addendum to their September report.

Over the past several months, more public health experts, scientists and government officials have called for an investigation into a possible lab leak, along with examinations into whether the virus began naturally. They’ve called for a thorough, independent investigation, in China, into the origins of the pandemic, though the Chinese Communist Party has denied access.

Without cooperation from China’s government, there is significant skepticism any of the handful of U.S. government investigations will provide a concrete narrative into how the pandemic originated. Beyond the Biden administration’s ongoing review, the State Department, under the previous administration, published a declassified report days before leaving office. At the time, it offered the most detailed case yet that the coronavirus had leaked from a lab.

Citing the ongoing intelligence community review, Democratic leaders have shown little interest in congressional investigations, leaving Republicans on the House Foreign Affairs and Energy and Commerce Committees to conduct their own reviews. Democrats control Congress, and its committees, and Republicans alone, therefore, have no subpoena power.

Using project announcements published on the Chinese government’s procurement website, along with other open-sourced data, interviews with former administration officials and scientists, research papers and international press reports, Republicans on the Foreign Affairs Committee have built their argument on a timeline that claims the virus escaped the Wuhan Institute of Virology “sometime prior to September 12, 2019.”

In an article from February 20th of last year, posted on qz.com by Jan Li, their Chinese Tech Reporter, she states that

The institute first rejected speculation that the first patient to be infected  with the virus was a graduate student who studied at the lab, saying on Sunday (Feb. 16) the student is in good health. Yesterday (Feb. 19), it issued a strong worded statement (link in Chinese), saying the rumors about it have “hurt the feelings of its frontline researchers hugely”  and “severely interfered” with its task to study viruses. “We have nothing to hide,” the letter read. Nonetheless, internet users don’t appear to be convinced by the assurances from the lab. “What is the truth? The collapse of trustworthiness of media and government is not only sad for the two parties, but also for us citizens,” said a user on Weibo commenting on the rumors. “Some might think the so-called rumors are just a prophecy ahead of our times,” said another.

Some “rumors” from the early days of the epidemic after all turned out not to be far from reality. Li Wenliang, a doctor, had told others about a cluster of cases of viral pneumonia before the outbreak had been made public, but was summoned by Wuhan police for “spreading rumors.” He later became infected himself, and his death turned him into a vivid symbol of the costs of the government’s opacity—prompting an outpouring of anger and grief, and rare public demands for freedom of speech and transparency from the government.

The funding of research into bat viruses done by the Wuhan Institute, under the funding by the EcoHealth Alliance, lasted for over a decade.

Like a spider’s web of intrigue, they move in the shadows, spending our tax money on projects away from the eye of the public.

Projects like the Bat Virus Research done by the Wuhan Institute of Virology.

The entire COVID-19 Catastrophe and Washington’s behind-the-scenes machinations during it, which resulted in a nationwide lockdown and a “radical change to our American way of life, has been all about controlling average Americans to get them used to having their individual freedom taken away from them.

These revelations concerning the Washington Swamp’s involvement with the funding of COVID-19 is just the beginning of horrifying things which were done in the darkness by bureaucrats which are about to find themselves illuminated by the light of truth.