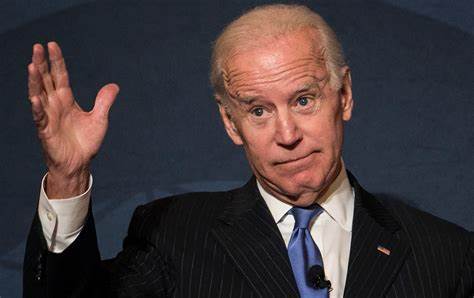 Very special that the WH is suddenly trying to pretend Biden wasn’t instrumental in the MLB/Georgia boycott decision. All he did was call the state’s law worse than Jim Crow, lie about it repeatedly & endorse the boycott national TV, the day before the announcement came down.

President Biden said that Georgia needs to “smarten up” to avoid business leaving its state over recent voting legislation.

“It is reassuring to see that for-profit operations and businesses are speaking up about how these new Jim Crow laws that are just antithetical to who we are,” the president tools reporters Tuesday.

“There’s another side to it too. When they in fact move out of Georgia, people who need help most, people who are making hourly wages, sometimes get hurt the most,” Biden said.

He said he supports however businesses decide to protest the law. “I think it’s a very tough decision for a corporation to make or group to make, I respect them when they make that judgment, I support whatever judgment they make. The best way to deal with this is for Georgia and other states to smarten up. Stop it, stop it,” he said.

Last week, Major League Baseball announced it would pull its All-Star Game out of Atlanta, and before that Biden said he would “strongly support” players pushing to move the game.

“I think today’s professional athletes are acting incredibly responsibly. I would strongly support them doing that,” Biden told ESPN last week. “People look to them. They’re leaders. The very people who are victimized the most are the leaders in these various sports.”

Georgia enacted sweeping election reform last week that required voter ID for absentee voting rather than relying on signature matching for verification, limited ballot drop boxes to one per county or one per 100,000 voters, expanded early voting days, and standardized early voting hours to a minimum of 9 a.m. to 5 p.m. and a maximum of 7 a.m. to 7 p.m. The legislation barred outside groups from passing out food and water to those in line within 150 feet.

The law also handed more election authority to the GOP-controlled state legislature. It states that the General Assembly is to select the chair of the state elections board, rather than the board being chaired by the Georgia secretary of state. It also shortens run-offs from nine weeks to four.

Last month, Biden said the new voting law in Georgia would end voting at 5 p.m., making it difficult for people working. The Washington Post, however, gave that claim “four Pinocchios,” because that section of the law gives counties the option to extend voting hours.

Dementia Joe is at it again.

He does not have a clue.

The overwhelming majority of Americans, especially here in the South and in the rest of America’s Heartland, believe that this new “Wokeness Era” is nothing but a bunch of insulting arrogant crap.

When Biden was “running” for President, he hardly even came to the South, which told us who live here all we needed to know about the “Dummy From Delaware”.

And now, after influencing Major League Baseball into moving their All-Star Game to an overwhelmingly white state from a city that is 51% Black, he has the nerve to tell Georgia to “smarten up”.

If brains were dynamite, the Dummy From Delaware would not have enough left to blow his nose.

The Democrats, including Biden, have looked down their noses at the South for quite a while now.

The problem with that is the fact that come election time, they usually come down here attempting to suck up to us, making campaign promises which they never keep.

And, their attitude, including that of the Dummy From Delaware, is just fine with us.

We will just keep attracting businesses from the North to move down to our nicer climate, lower taxes, and lower cost of living.

For Joe Biden to have the arrogance to tell Georgia to “smarten up” just shows what a condescending, unethical, dementia-riddled, wannabe bully he really is.

His attitude is more proof that he is in way over his head.