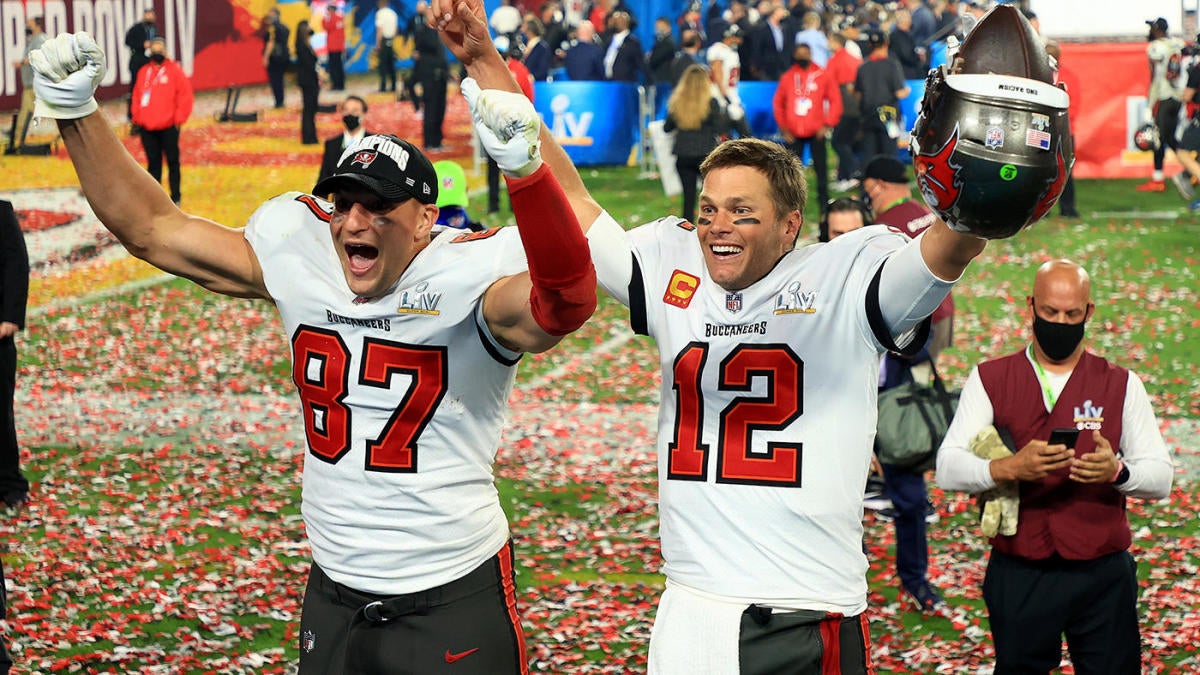 Tom Brady made his seventh Super Bowl title look familiar – despite moving south to a new team and conference during a pandemic.

The GOAT extended his Super Bowl titles’ record in his 10th appearance, his first without Patriots coach Bill Belichick. The 43-year-old Brady broke his own mark for oldest player to win a Super Bowl and joins Hall of Famer Peyton Manning as the only quarterbacks to win one with multiple franchises.

The Buccaneers (15-5) won their second NFL title and first in 18 years while becoming the first team to play the big game at home, capping an unusual and challenging season played through the novel coronavirus. They won three road games as a wild-card team to reach the Super Bowl.

Tampa’s victory prevented Mahomes and the Chiefs (16-3) from becoming the first repeat champions since Brady’s Patriots did it in 2003-04.

The NFL completed its 269-game season on time without any cancellations, a remarkable accomplishment that required nearly 1 million COVID-19 tests for players and team personnel.

Due to the virus, only 25,000 mask-wearing fans were allowed in, including approximately 7,500 vaccinated health care workers who were given free tickets by the NFL. About 30,000 cardboard cutouts made the stadium look full.

A streaker wearing a hot-pink onesie eluded security and slid into the end zone with 5:03 left in the game. Mahomes and Kansas City’s high-powered offense never got that far against Tampa’s ferocious defense.

I have to confess that I did not watch last night’s game.

In truth, I have distanced myself from the NFL ever since Commissioner Roger Goodell, the Owners, and the Players decided to politicize professional football during the Presidency of Goodell’s buddy, Former President Barack Hussein Obama.

Now, don’t get me wrong. I love football.

My favorite pro team of all time was the undefeated Miami Dolphins, followed by Terry Bradshaw, Franco Harris, and the Pittsburgh Steelers.

However, those days are long gone.

Nowadays, instead of entertaining sports fans, the NFL and their Advertisers, as exhibited by the commercials last night, are more interested in preaching “Woketopia”, as Donald Trump, Jr, referred to the didactic push for social justice and “unification” being preached throughout the game last night and embraced by the musical “artists” chosen to entertain.

Guys yelling “Wassup?” at each other on their phones or three frogs croaking “Budweiser” were a lot more entertaining than a Jeep Commercial featuring washed-up philanderer Bruce Springteen telling Americans that we have to “Unify” (i.e., CONFORM).

The reality of what we are watching unfold before our very eyes in the Former Land of the Free and the Home of the Brave is positively chilling…if you know your history.

The politicization of entertainment, the walling off of our nation’s capitol with troops protecting the Political Elite from average Americans…is history repeating itself.

The Russian Revolution of 1917…Venezuela’s Bolivarian Revolution which brought Hugo Chavez to power in 1998…and now, the drive toward “Democratic Socialism” by the Far Left Democratic Party, hiding their totalitarianism under their “noble” call for “Unity” (Conformity or allegiances to The State), are all the same “radical change” in the governance of nations, repeating itself.

“If Fascism ever comes to America, it will come in the name of Liberalism.”

The Gipper was absolutely correct.

However, he could not have dreamed that Super Bowls Commercials would be used as vehicles for Political Propaganda.