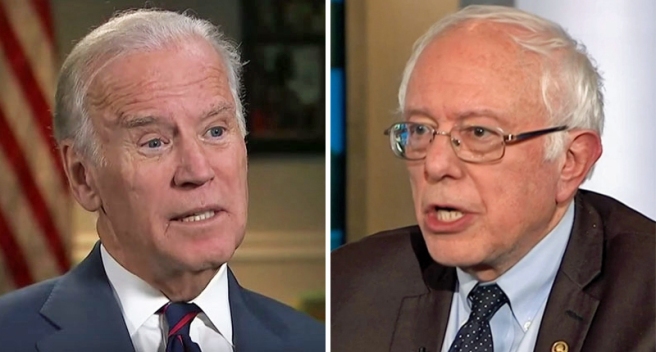 My calculation — if Bernie Sanders were to become the nominee, he would only be competitive in 15 states — Trump would win 35.

And that’s Bernie on his best day.

Dem establishment knows this and doesn't want him.

So, what does this mean?

Well, of course, it means that it is a two-man race. However, don’t tell Mike Bloomberg that.

His campaign said that, as of last night, he had no intention of quitting…even though he has all of the personality of a ceramic turtle.

Well, it is his money to blow.

However, his commercials certainly are annoying.

Just like last time, Bernie Sanders will not quit until the Democratic National Convention, when he is once again bought off.

If you think that the Democratic Elite are going to allow an old Communist like Bernie Sanders to be their Presidential Candidate, you must live in Colorado with your lips permanently attached to your bong.

The problem that the Democratic Powers-That-Be face in making Sleepy Joe Biden their Presidential Candidate are two-fold.

First, it is very obvious that Biden’s mental faculties are diminishing.

He cannot decide from one minute to another if he is running for the Presidency or the Senate or whether he is in Iowa or Ohio.

Even if they choose a Democrat to be his Vice-President who has all of their mental faculties and a decent personality (and I can’t think of any Democrats who do), Biden will still be the one who has to enter the Presidential Debates against a very strong debater in President Donald J. Trump, the one responsible for America’s Economic Comeback.

The Dems’ second problem is the Millennial Democratic Voters also known as the Bernie Bros, or as I have named them, “The Wokesheviks”.

If the Democrats even give the appearance of screwing Bernie like they did in 2016, there is liable to be a riot at the Democratic National Convention like the one in 1968.

I believe that if Bernie Sanders enters into the Democratic National Convention as the candidate with the most delegates, there will be a brokered convention and he will get shafted as he did in 2016.

While the Democrats on Capitol Hill pay lip service to embracing “Democratic Socialism” (i.e., Marxism), they realize that in order to have even a chance of regaining their Preciousssss, the Presidency, they are going to have to field a candidate who at least appears to be a Moderate.

That’s where Sleepy Joe comes in.

Once he is named their Presidential Candidate, the Democratic Hierarchy will be controlling what Biden says and does like the WWE’s Vince McMahon yelling in the ear wigs of the announcers on Monday Night Raw.

In the end, though, it still won’t matter.

Only Sleepy Joe will keep his hair…and lose the Presidency.

One thought on “With Super Tuesday Over and Bernie and Biden Neck-and-Neck, Are the Dems Headed to a Brokered Convention?”